What do the caught-icons represent?

Where can I see these icons, and what do they represent?

According to this article, the caught icons represent whether you caught your Pokémon via normal methods, as a raid Pokémon, or via hatching an egg:

Other minor features include new icons that show how the Pokemon was caught — this will let you see if you caught the Pokemon via a Raid Battle, while exploring, or via an egg.

As the update is now out for iOS, here are what these icons looks like:

For a Pokémon caught in a pokéball:

For a Pokémon caught in a great ball:

For a Pokémon caught in an ultra ball:

For a Pokémon caught as a raid boss (since all raid Pokémon must be captured in premier balls):

As indicated by Wondercricket in the comments below, Pokémon hatched prior to this update just have the pokéball icon, instead of some sort of egg icon: 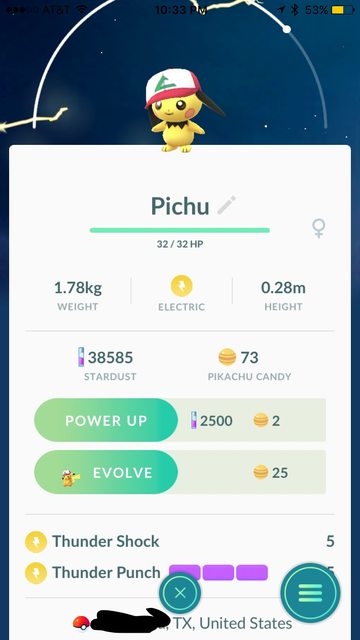 However, Pokémon hatched after the update do have egg icons:

21
How can I identify a raid boss Pokémon from a regular one in my Pokémon bag?

1
How to distinguish caught and seen Pokémon?
2
Why is there a difference between the height/weight in the Pokédex and Storage?
10
How are defending Pokémon's CP adjusted?
12
What do the medal icons at the top of the catch screen mean?
6
How can I view which Pokémon I've buddied over time?
10
What do the new berries in Pokémon Go do?
15
What exactly are the “new encounter mechanics”?
8
What is the new “night-mode” map?
10
What is the white swirl around the Pokémon on the map?