Why are these pistons pushing?

I've lately become hooked into building computers in Minecraft and today I decided to build a giant hard drive. I've built HDDs before, but not at the scale I'm currently attempting, and I anticipated problems. As I was wiring some pistons, they activated and pushed forward oddly. As far as I can tell, there's nothing powering them. 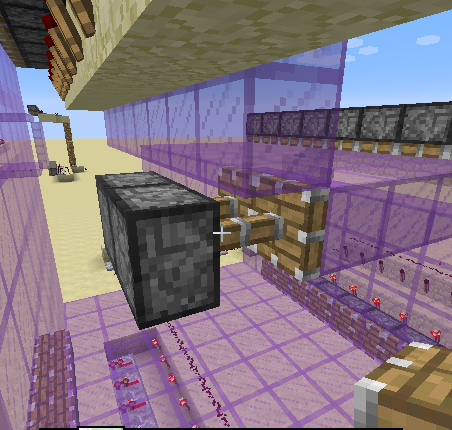 I thought at first that it might be the redstone torches (top left of above pic) but they aren't powered. 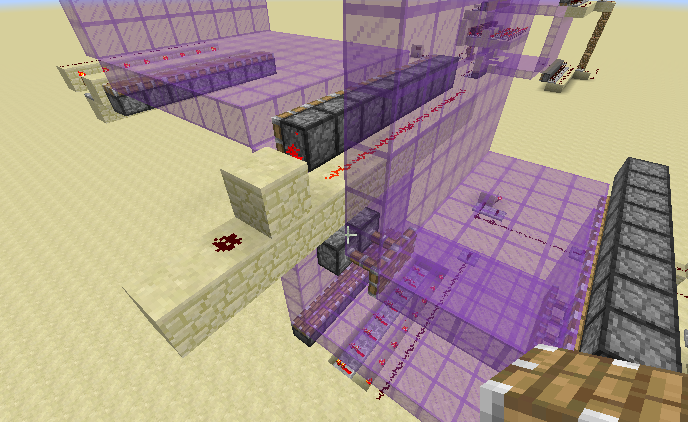 Here's a top view of the same pistons. I also thought the line of redstone above them might be the problem (middle of above pic), but when I destroy it, the pistons stay extended.

Is there a reason why my pistons are extending? If so, is there a way to get them to power (when I want them to) without disturbing the pistons above?

You are experiencing quasi-connectivity. You have actually produced a BUD (Block update detector).

The power source is the redstone line above. I have built an example to demonstrate.

Here it is unpowered and then powered(but not updated):

Here I updated the block by adding glass, then removed glass and power:

Here I removed all the remaining blocks and it still doesn't update. Then updated it with glass again: 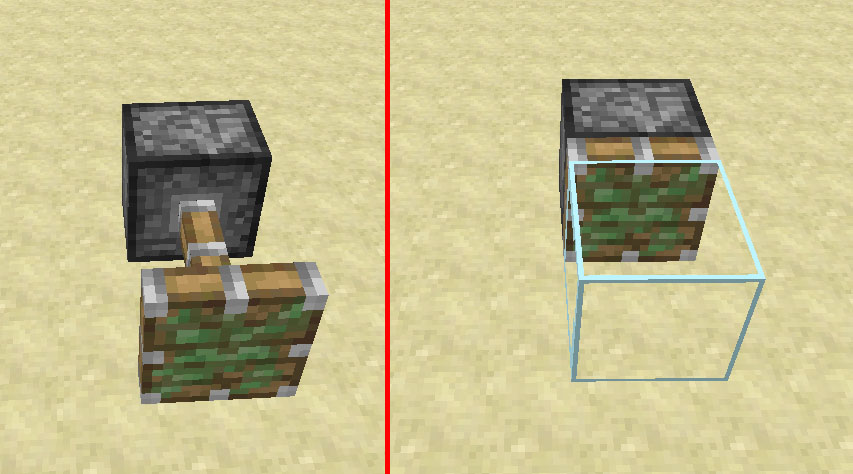 Note: There is a sandstone block next to piston. I removed that when piston was powered. Unpowered would have updated piston and it would have retracted.

Unfortunately you will have to go with a different circuit design. One possible change would be to use direct power instead of inversion of the signal to invert all the torches. Run a line directly behind/next to pistons. 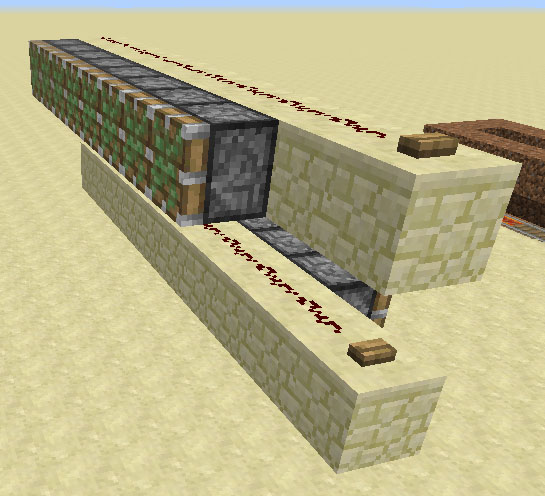 If you want to understand how it is being powered in this way, the wiki has a tutorial on quasi-connectivity.

This seems to be caused by the famous bug MC-108. If you turn off the redstone line, the pistons first stay extended, but when you then place a block next to one of them, the line retracts. That's because the pistons are powered if the block above them would be powered, but that information doesn't affect them until they get a so-called "block update", which is sent when placing, breaking or changing blocks next to them.

This is not a property of redstone itself, it only affects pistons, droppers and dispensers. It also does the opposite: If you power the block above a piston, it doesn't extend until you update it.

There are different opinions about this bug, some abuse it to make circuits compacter, but it's very confusing for new redstoners, for example you. Personally I find it sad that it is in the game so long already. Whenever it gets fixed in the future, people abusing it will get upset, because they rely on it.

5
Why does extended piston become stuck if air above it is powered?
4
Why does this piston get power?
4
Pistons are powered indirectly? Why?
4
unpowered but extended pistons that only retract when there is a block update
4
What is going on with these pistons?
4
How does this button make the piston work?
2
Why does a sticky piston powered by a redstone block through another sticky piston from the top not contract?
-1
redstone problems
0
Anybody have any idea why this piston is powered?

7
problem with two-level piston
11
Will My Gravel Crusher Work?
5
Redstone avoid propagation upwards
13
Powering a Redstone Lamp on top of a Piston
4
Signal directing on lanes
1
Redstone engines stopped working, due to chunk onload and right on the boundary?
1
How to enable redstone wiring with a flick of a lever?
2
How does Pistons priority work?
0
How do I correctly rewire this 2x3 flush piston door in 1.12.2 Minecraft Java Edition?