Is there a way to see previous Magikarp in Magikarp Jump?

I am wondering if there is a way I can store or see previous Magikarp that have retired after reaching max level.

One of your retired magikarps will typically show up in the background of your current tank. Tapping them will show what generation they are and the jp they had when they retired. As far as I know there is no way to control which one shows up though.

As of version 1.3.0, released August 15 (on iOS) there are now multiple ways to see past generations of Magikarp.

Upon beating the Master League your trainer will sit on the shore of the pond as all prior generations swim by, one by one. This can be sped up or skipped entirely, but the Master League remains available and this sequence can be revisited simply by beating it with a new Magikarp.

Additionally, after beating the Master League, you will gain access to the Has-Been Basin via the Menu which shows five previous Magikarp swimming together. These can be shuffled to a new random set, or selected from the comprehensive Dynasty Dex. 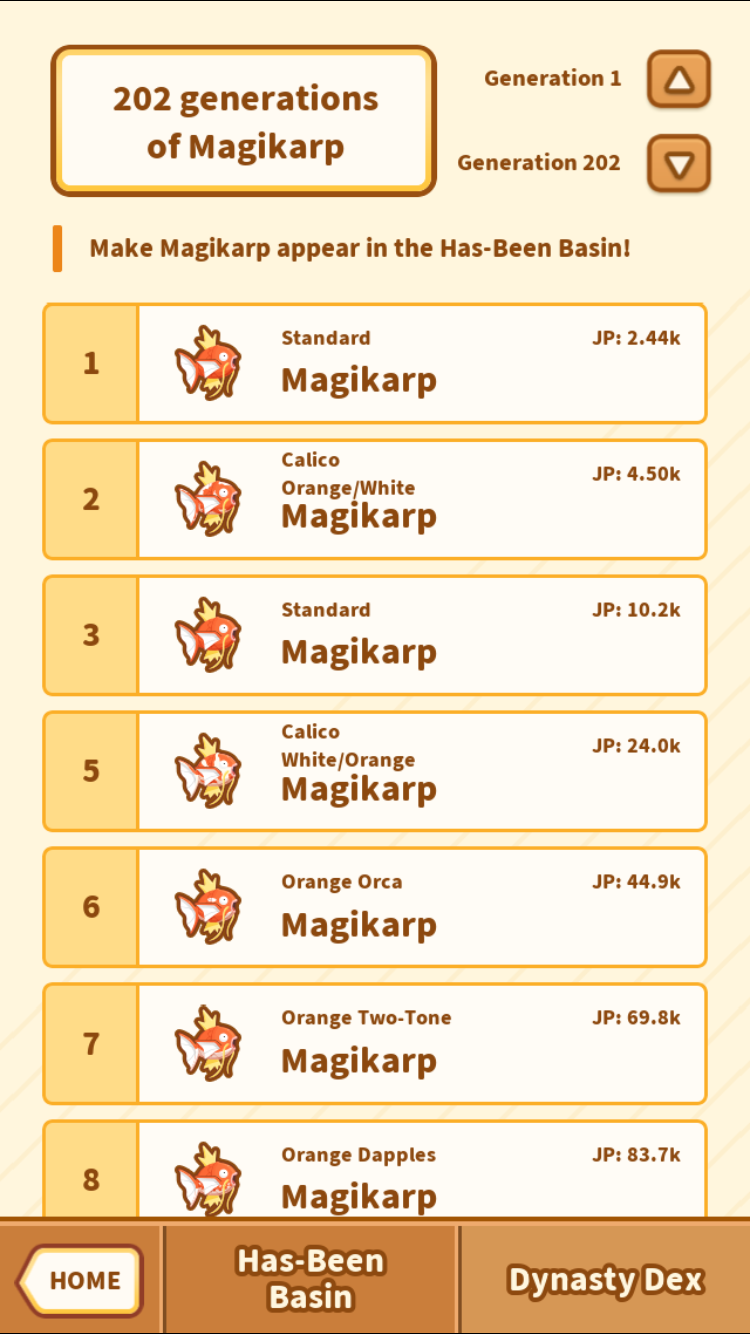 Not the answer you're looking for? Browse other questions tagged magikarp-jump or ask your own question.

2
Is there an actual benefit to raising Magikarp's max level?