Is there a King to the Mushroom Kingdom?

Peach still being a Princess means that there is a King and/or Queen of the Mushroom Kingdom somewhere, but I can't remember a time where we met the parents of that gal we rescue twice a week it seems.

If the king/queen weren't around, Peach would probably ascend to the throne, and be Queen Peach, not Princess Peach.

So is there a king in the Mushroom Kingdom, and has he be shown in a game of the Mario Series?

According to the wikia, there is a Mushroom King, though there are some discrepancies as to his actual identity, as he has yet to make an appearance in any game. He was first mentioned in the manual for the original Super Mario Bros. for the NES: 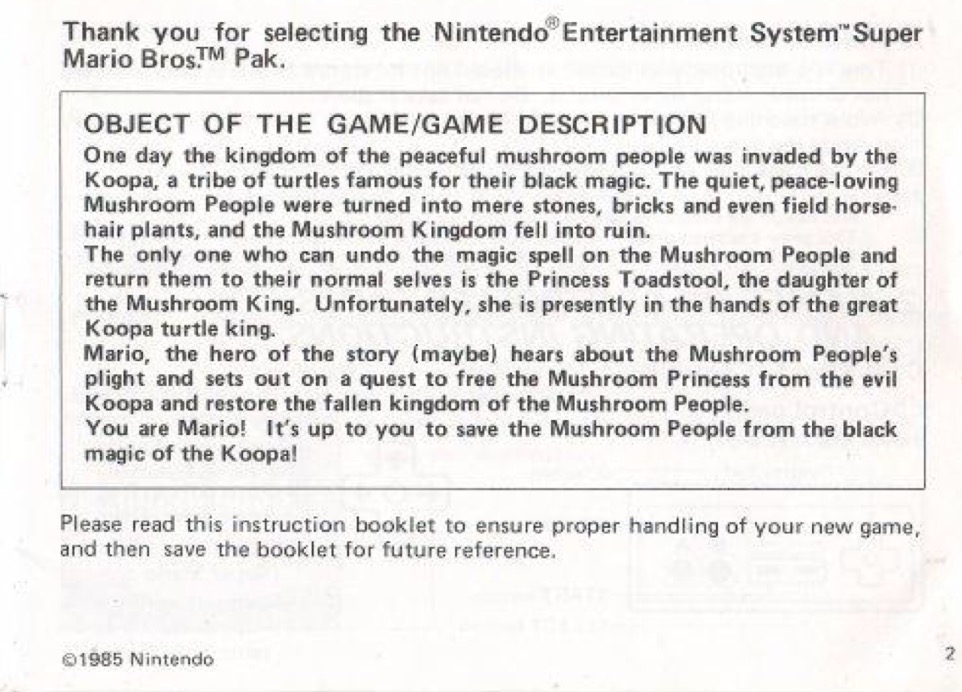 The Mushroom King is said to be Princess Peach's father in the manual from the original Super Mario Bros, but according to Nintendo's official website for Mario and Luigi: Partners in Time, Peach's father is Toadsworth (which is problematic in its own right...).

Outside of the games and in the Super Mario Bros. comics produced by Valiant Comics, however, there is a definitive king of Mushroom Kingdom: King Toadstool.

However, the Super Mario Bros. comic books published by Valiant Comics did feature a character named King Toadstool. Just as described in the original game's instruction manual, he is the ruler of the Mushroom Kingdom and Peach's father. His design seems to be based on the King of Grassland from Super Mario Bros. 3. The King confides in Mario, and often assigns him to do some tasks, such as gathering coins with which to balance the royal budget.

King Toadstool is very dim-witted, and as such can easily be duped by Bowser, although he does know that Bowser is his enemy. He usually winds up doing dumb stuff such as closing the peanut butter jar on his tie, and tracking mud on the castle floors. He also believes certain expressions literally, such as the idea that "dark days" and "feeling brighter" relate to lighting bills. In fact, he is so dumb that the explosion of a Stupid Bomb does not have any effect on him. As a result of this, his advisor, Wooster, has written a list of people who say that he is dumb, which includes Nintendo characters such as Mother Brain, Princess Zelda, Donkey Kong, and Little Mac.

(image taken from this site)

81
Is Mario or Luigi the older brother?
24
Does the Blue Spiny Koopa Shell ever appear on a Koopa?
26
Is there any other kingdom than the Mushroom Kingdom?
2
Is there a Mario canon, and what is the order of the games if there is?
0
Why is Bowser OK when he's not kidnapping the princess?
10
Is Toad's head a hat or part of the body?
10
How long is a 'Mario Second' and is there a reason why it seems to be shorter than a real second?
63
Where did the Goombas come from?