I started playing Factorio and I am at the campaign mission where the steam engines are introduced.

When I put in coal into the boiler, it heats up briefly but then stops again.

The message in the corner, that I need to connect pipes to the steam engine, does not go away.

I have no idea how to move on from there. Any clues? 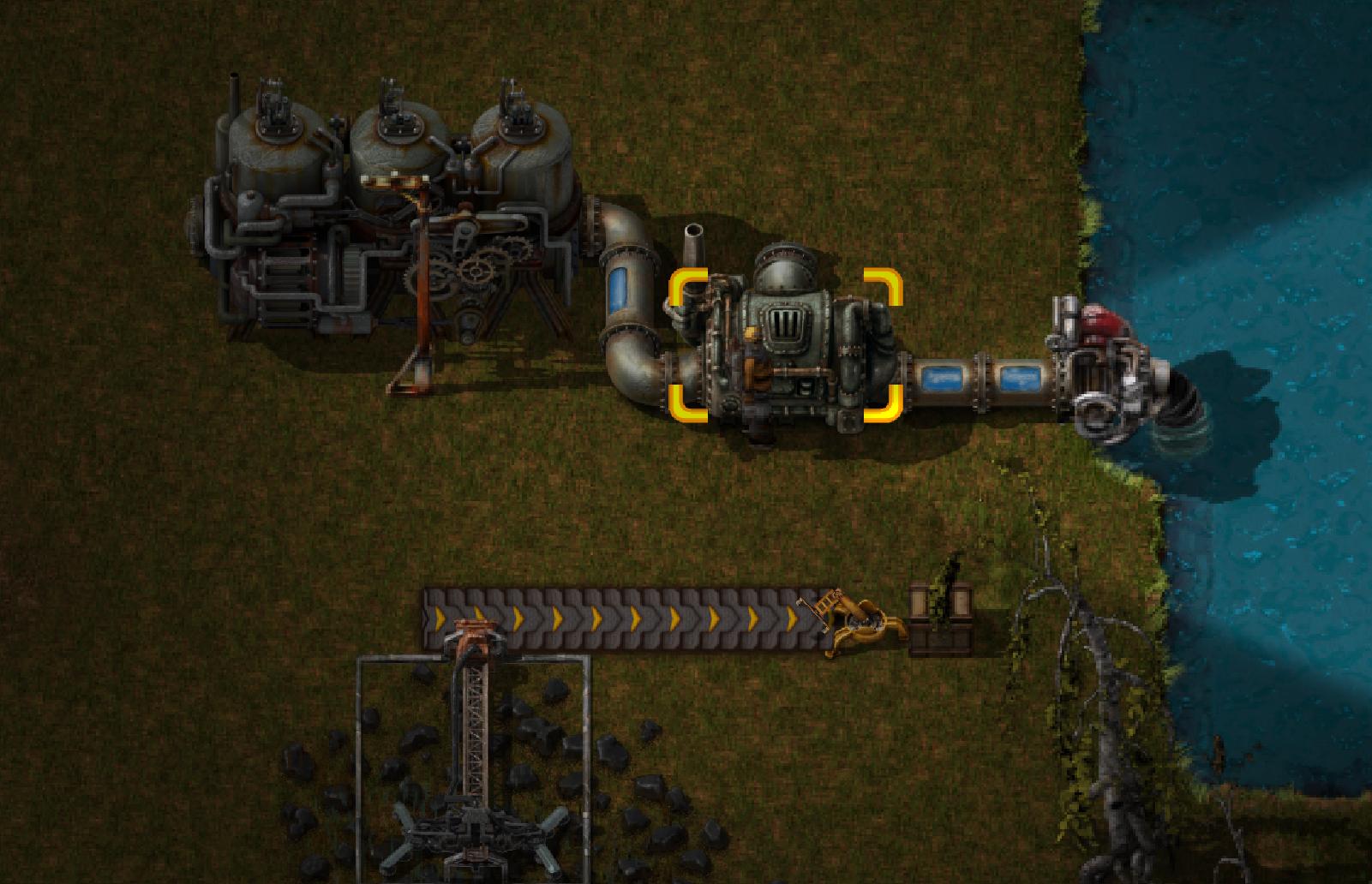 Do you see the pipe that goes straight up from the boiler? There exits the steam. You need to connect this part to the boiler, and also make sure coal is added. The way it is seen in your picture, it only passes cold water to the steam engine.

On the Wiki Page, you can see the symbols for water and steam and where they connect. If i remember correctly, the Alt Key is used to toggle the information view.

6
Why does this steam engine fail to run?

4
Long-distance fluid handling with pipes
6
Why does this steam engine fail to run?