Why aren't there any books in my prison library?

I have a sizeable prison library, and several workers assigned to work there. I recently just read on this Reddit post that you need a sorting desk for each worker, but the problem that I'm having is that I'm getting ZERO books put into the library. I recall in previous games I'd have boxes of books sitting around (much like in the shop, also included a screenshot of what that looks like) until they can get put away, but in this game, there are no boxes of books being delivered, or sitting around waiting to be processed, and several hundred inmates are complaining about literacy. (I also just learned that adding a bookshelf into a cell does nothing to help the literacy need, it's just a shelf.)

So again, I understand I need a sorting desk per worker, and as you can see I have 5 desks. I have like 10-15 workers assigned as well, and I often seem them just roaming around with the "Working" tag. I don't ever get any boxes of books delivered. 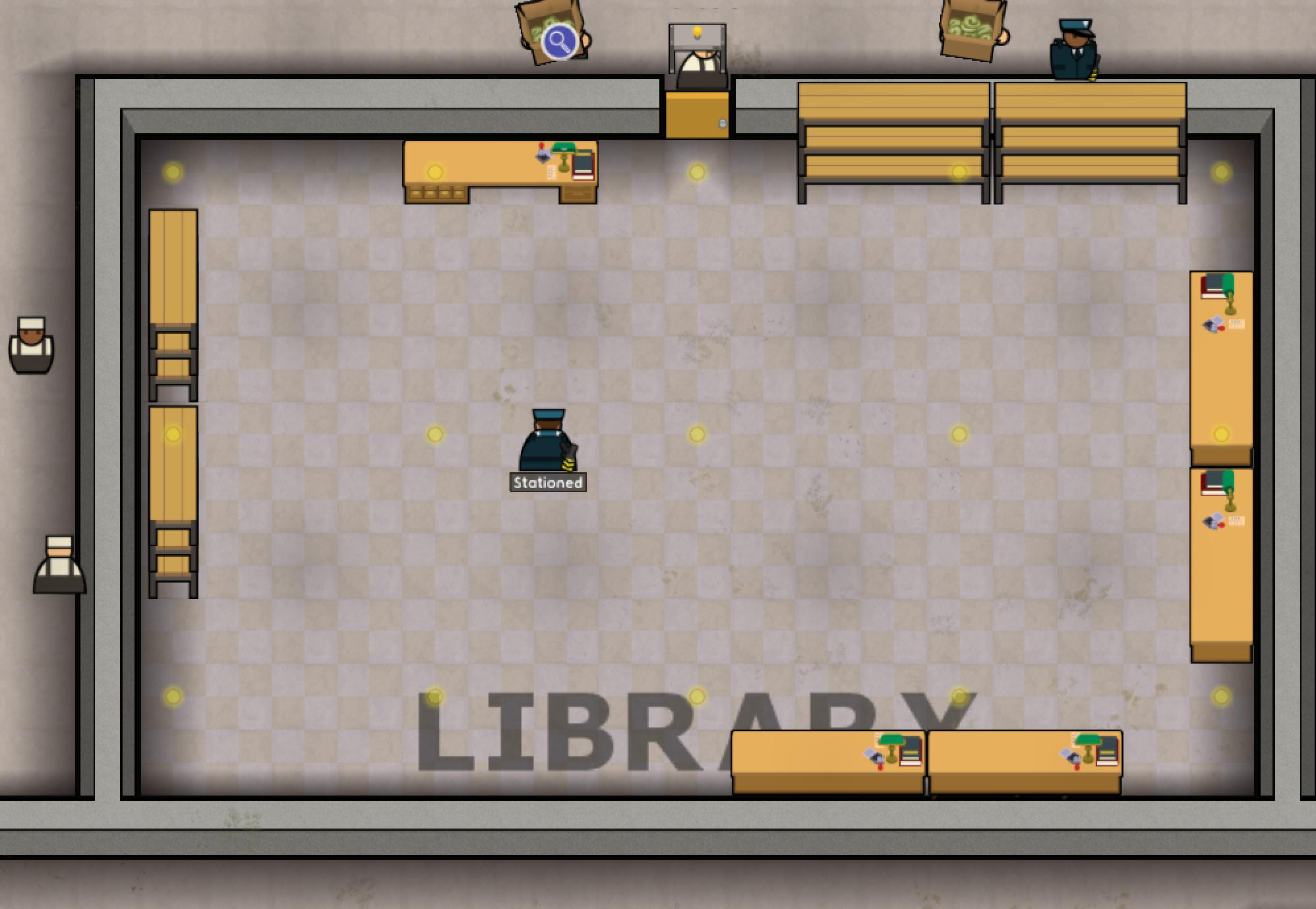 So here's what my shop looks like, and it's thriving: 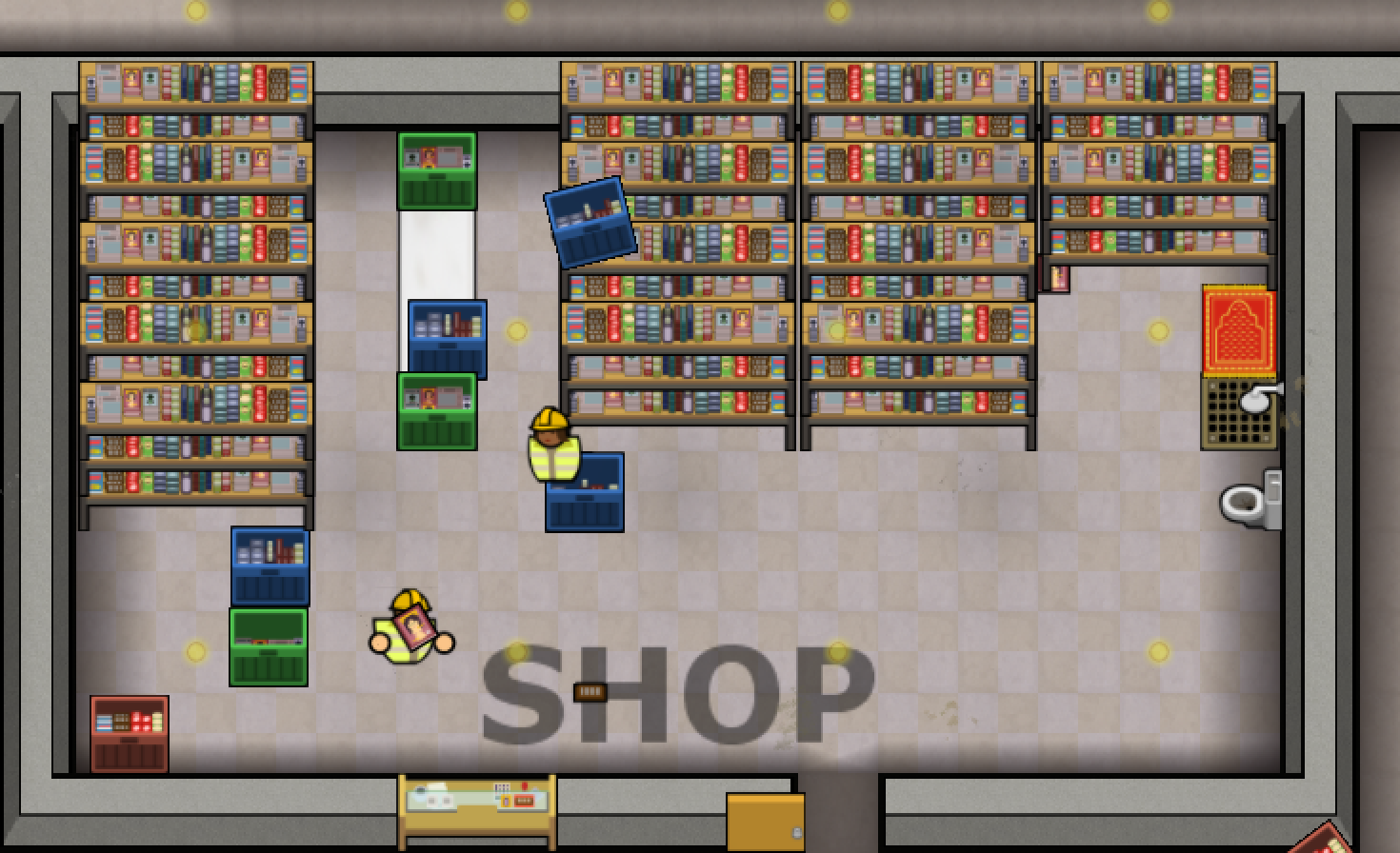 As you can see, there are boxes of shop goods sitting around, and I often see inmates purchase things from the shop window. Why isn't the library working similarly? Again, I have several qualified inmates that work in the library every day, but I'm just not getting any books delivered. I have plenty of money (hundreds of thousands surplus at this point) and I'm just not sure what is wrong.

I've also tried dezoning/rezoning as a library, but that also had no effect.

Well I accidentally figured this out myself... in the process of trying to reorganize the room (after dismantling everything) I put the sorting desks in the middle of the room and lined the outside wall with the shelves, and I immediately saw books start being delivered from the truck. Once the work shift started, I saw the workers standing behind the sorting desks. While I assumed that the position of the desk mattered (looking at which way the light and items on the desk were facing) but it does -- they need to stand behind the desks, and now they work, and the riots have subsided for the most part -- the inmates are much happier. 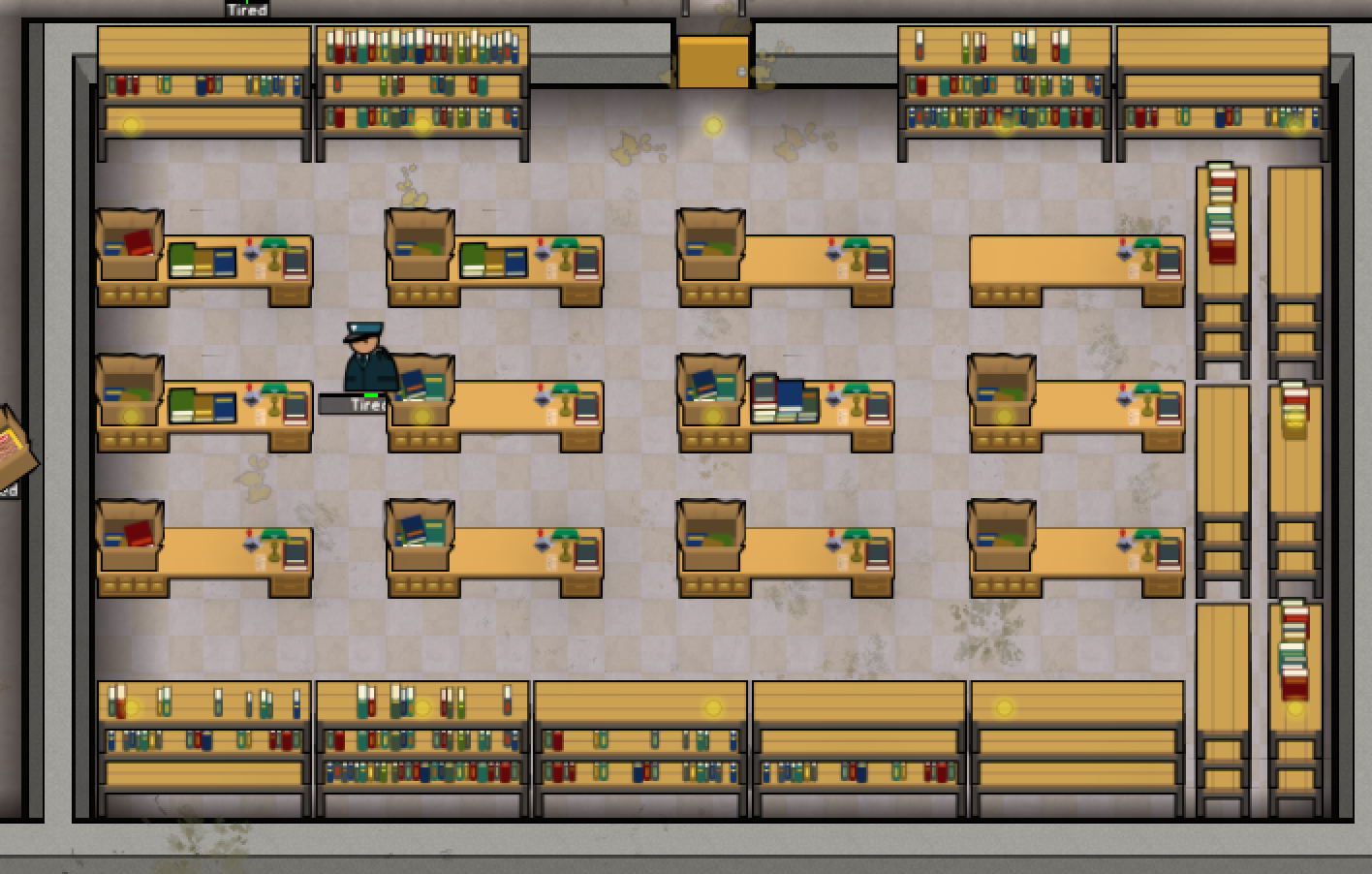 12
Is there any benefit to accepting high risk prisoners?
9
Why are the trucks getting stuck in front of my prison?
2
My prison won't receive any food from deliveries and it says my prisoners won't come for 10,000 hours
0
Is there a limit to the number of rooms of a given type in Prison Architect?
6
Prison just sitting there
5
How to increase delivery trucks
8
Why can't I build a pipe here in Prison Architect?
4
Not able to designate a Dormitory as Protective Custody
4
What is going on here? An inmate beatdown?
9
How to make fearless deadly stoic volatile prisoners do their time?