What is this icon next to the inmates name tag?

I sometimes see this, and I'm not sure what it is. Next to an inmates name, it will have an icon (drugs in this case) and I can't seem to find online anywhere what this is, or what causes it: 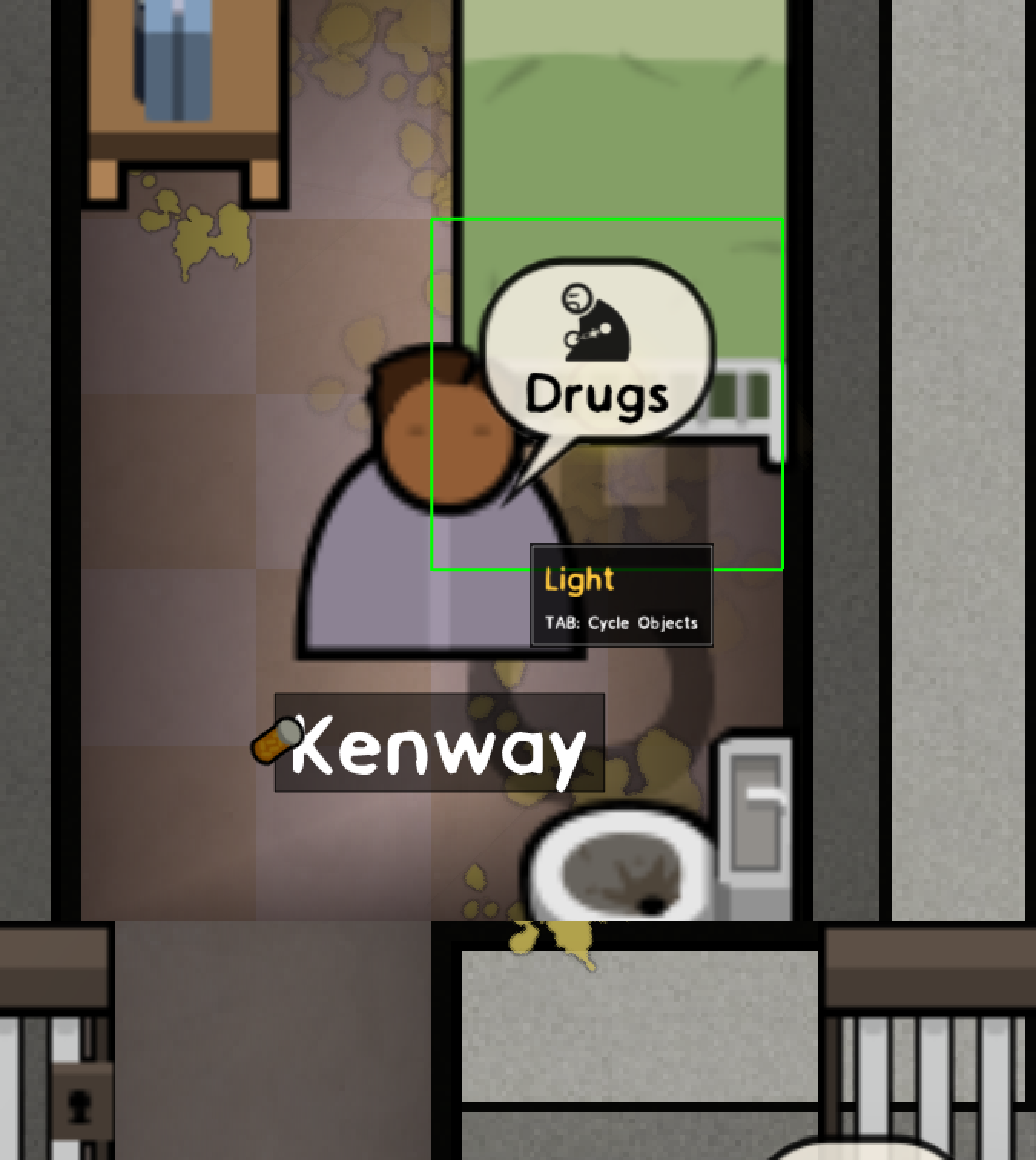 I thought maybe it was "this inmate was recently caught with drugs" but it doesn't say that on his mouse-over mini-bio.

Anyone know the cause and purpose of this icon?

I believe this is purely to indicate a Overdosed state.

That icon is a part of the general mood bubble. It shows the prisoners current need (at least speculated to be part of it), in that example the prisoner needs drugs or a rehabilitation program. They will attempt to smuggle in drugs if this gets critical.

You can view the entire Prison's Needs if you have a Psychologist.

Mousing over a prisoner will show what need and how much they need it. 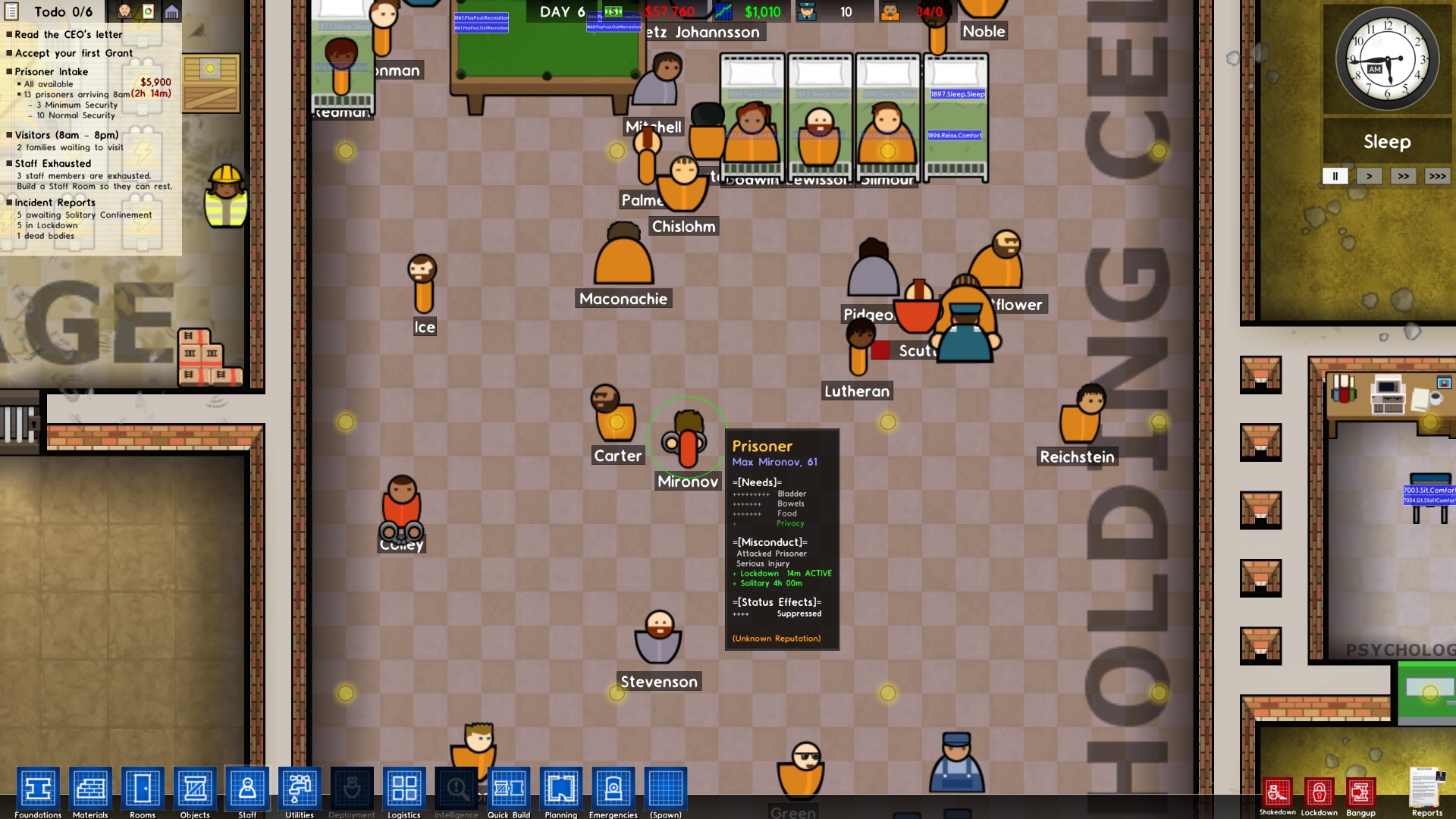 Needs marked Green are being satisfied currently, where as white ones are not.

You can see an entire overview of this in the reports in the lower right: 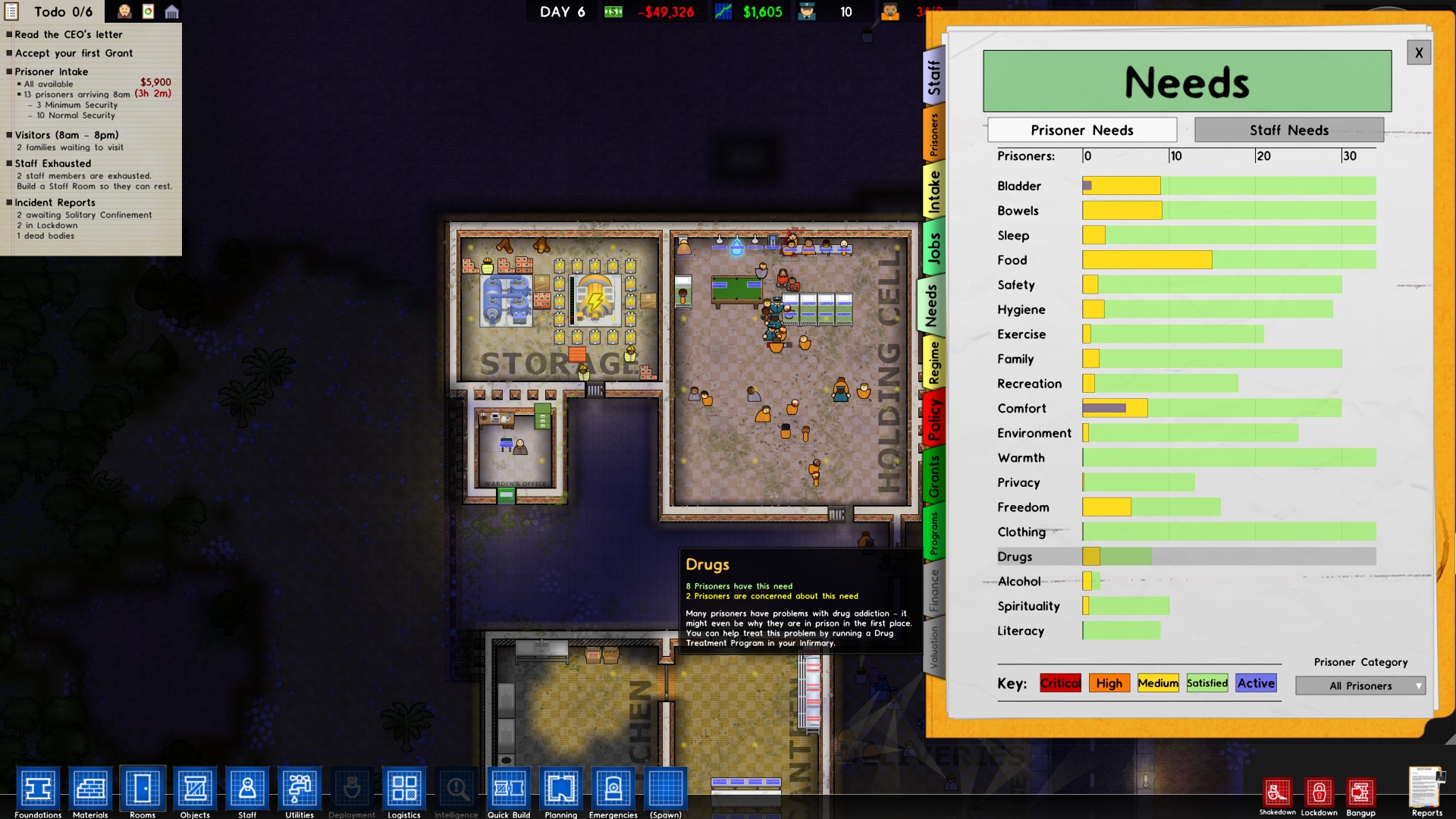 When the needs are low your prison may end up retaliating back and trying to escape or satisfy the need by smugging in drugs, or rioting. 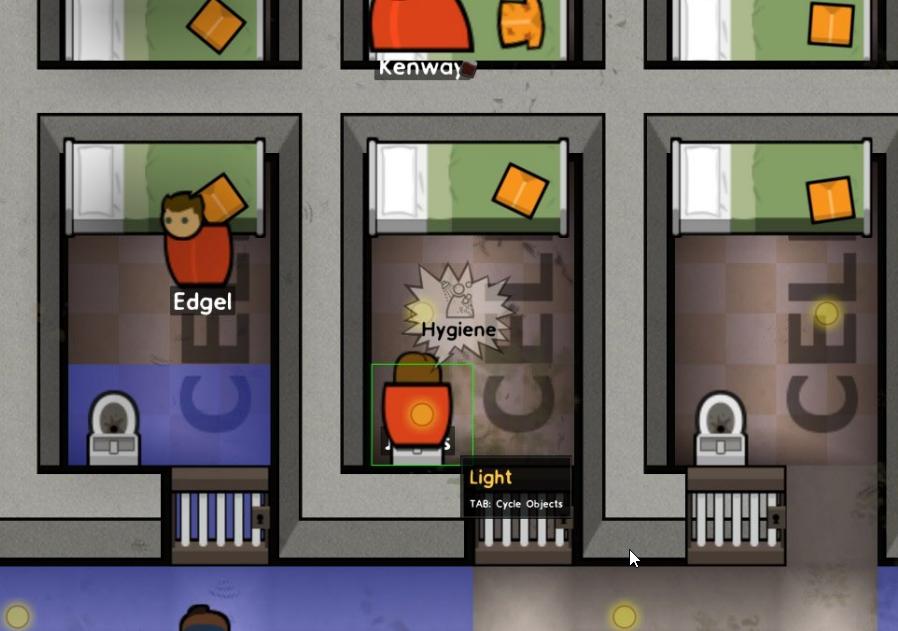 When they're close to breaking point the icon will change to have spiked edges around it, showing it's critical. Typically when they break they try destroying stuff in retaliation.

I've only ever seen the icon such as a fork for hunger (presumed a bug as of September 2019), pills for drugs if the inmate's need isn't satisfied and they were or are in the need critically and complaining.

7
What is the bare minimum for a functioning prison?
8
What is the purpose of a bin?
2
What is the deal with all the food in the Storage areas in Prison-Architect
6
What equipment do I need for the Alcoholism Program?
8
What is this dog sniffing out here?
33
What is the most effective way to start a riot in my prison?