How did Ripto survive being submerged in lava?

At the end of Spyro 2: Ripto's Rage, Spyro defeats Ripto and submerges Ripto's body in lava.

Despite this, Ripto somehow returned three years later as the main antagonist for Spyro: Enter the Dragonfly.

Is it ever explained how Ripto survived being submerged in lava after Spyro 2?

It's never specifically explained how he lived, just that he was found by "one of Spyro's friends".

In the epilogue to Spyro 2, however, he's specifically called out as having lived, so this information was available before Enter The Dragonfly. 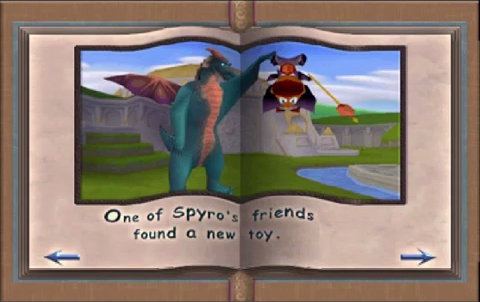 Not the answer you're looking for? Browse other questions tagged spyro-enter-the-dragonfly spyro-2-riptos-rage .