I am trying to make this command where a lightning bolt will be summoned at every arrow shot from a specific bow, and I need it to work on multiplayer. I have tried to use the /testfor command but cannot figure out how to target the exact player shooting the bow. Does anyone know how to do this?

What you are asking for is a bit complicated. It uses a scoreboard and never requires testfor to be used.

Manually type that in chat. I also recommend disabling command block output to prevent chat spam. You can do that with:

Now we have to target the player holding the bow, target the arrows the player shoots, detect when they are in the ground, summon the lightning bolt, and remove the score from the arrow afterwards. I used 6 command blocks in 2 different chains. 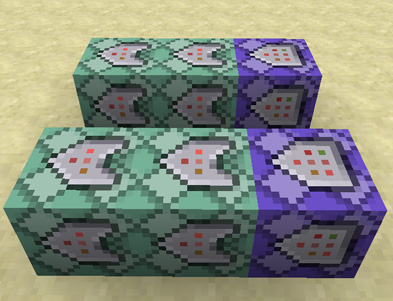 First command block is a repeating / unconditional / always active. It finds any player holding a bow named Electric and sets TheArrow score to 1 for that player. Its command:

Second command block is a chain / conditional / always active. It finds any arrow within a radius of 2 from a player with a score 1 (holding the named bow) and gives that arrow a score of 2. Its command:

Third command block is a chain / conditional / always active. It resets the score for all players. Its command:

That is it for the first chain. We have targeted the player holding the bow and targeted his arrows. Now to the rest of it.

Fourth command block is a repeating / unconditional / always active. It targets entities with a score of 2 (targeted arrows) that are in the ground (not still flying) and gives them a score of 3. Its command:

Fifth command block is a chain / conditional / always active. Now that we have a targeted arrow in the ground, it's time for some lightning. Its command:

Sixth command block is a chain / conditional / always active. It removes the score from the arrow. If you do not add this, lighting will be summoned at all the previously fired arrows that have not despawned, as well.

With that, shoot an arrow from a bow named Electric and you get: 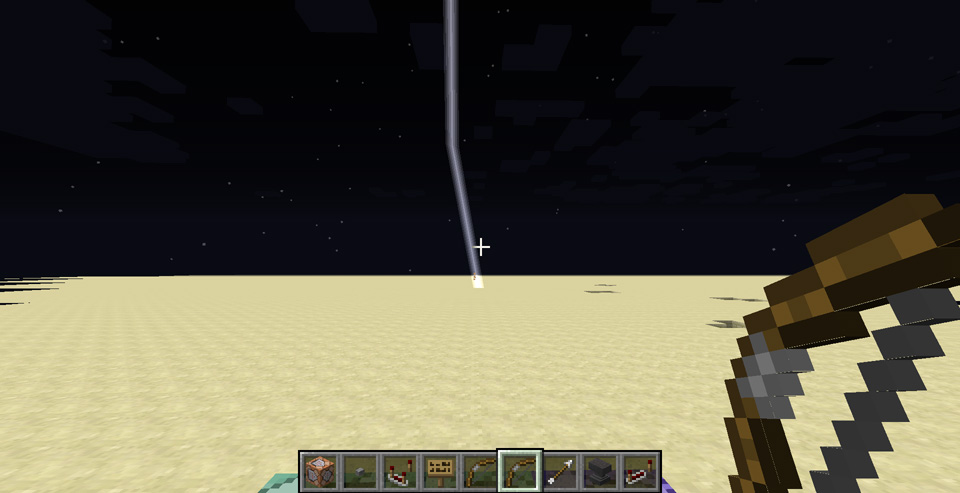 Here is what happens if you don't have the sixth command block to remove the score: 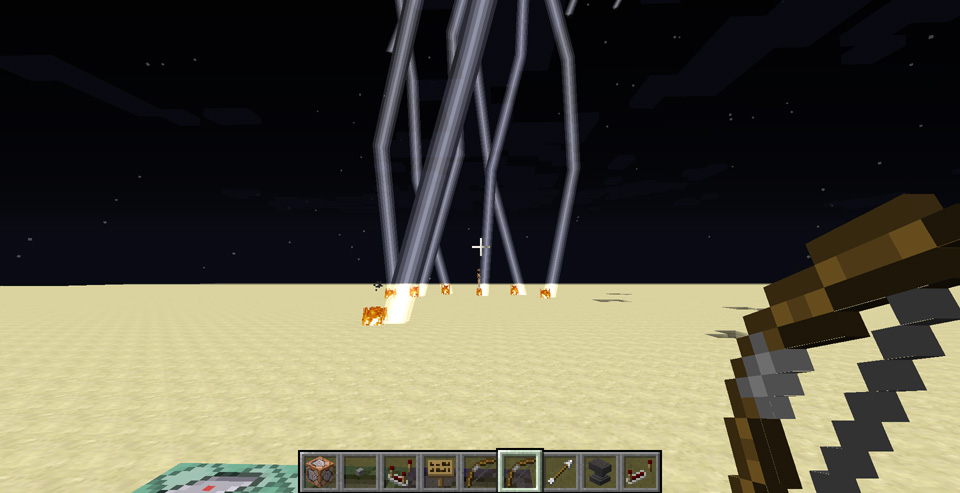 You can disable the sixth command block by setting it to impulse and set the fifth command block to unconditional and you get this at each arrow fired. I wouldn't recommend leaving it but it's fun. 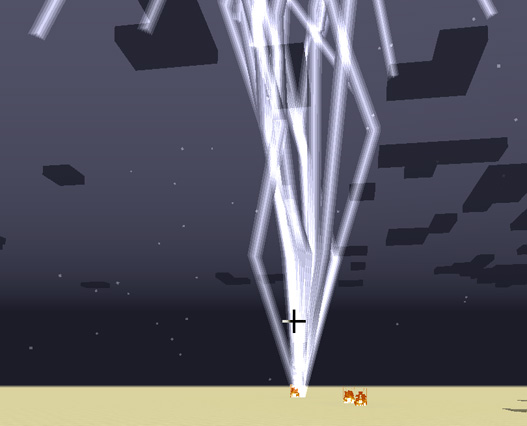 5
How to test for an hold item name in Minecraft?
2
How To Make Bow / Snowball that shoots Custom Named Arrows / Snowballs
2
Summon object and events while throwing a snowball
0
Is there a way to give a player a score if they are holding a certain item
0
How do I make a Lightning Bow in vanilla Minecraft?

0
How do I make a Lightning Bow in vanilla Minecraft?
3
How to replace a SPECIFIC item in a players hotbar with another specific item
1
Can I make a big explosion when I shoot an arrow?
5
Summoning enderpearls on arrows with custom name shot by a player
2
Multiple target selectors in the same command
5
Trying to tag an arrow thrown with a specific bow? [1.14.4]