How can I identify a raid boss Pokémon from a regular one in my Pokémon bag?

Let's say I have a Magikarp in my Pokémon bag and go to a raid where the raid boss is Magikarp. I then defeat the raid boss and capture it.

How do I identify which Magikarp in my Pokémon bag is the Pokémon from the raid battle?

Assuming your older Magikarp were not caught in raids, you can also tell which one was caught in a raid by the fact that it will have been caught in a Premier ball.

Take two of my Magikarp for example: 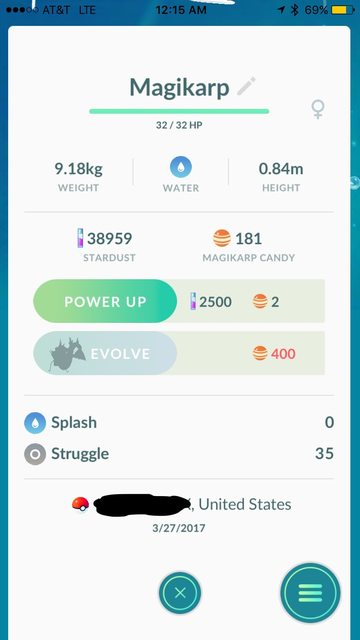 The ball used to capture this Magikarp was a Pokéball. 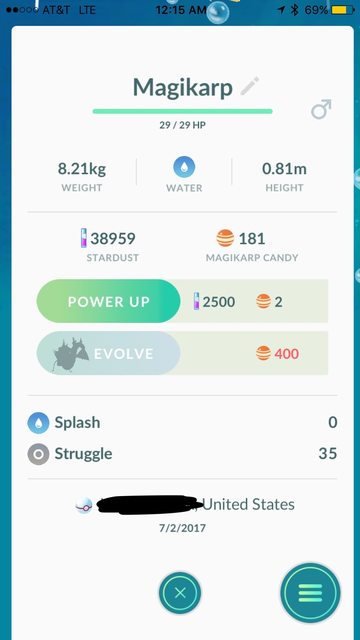 However, the ball used to catch this Magikarp was a Premier ball, which you only are able to use when catching raid Pokémon.

Even if you catch 20 Magikarp and then a raid boss Magikarp in a single day, you'll be able to tell which one was the raid boss by checking what ball was used to capture it.

As discussed in the comments below, this is most useful if you only hang onto one or two Magikarp at a time. If you like to keep a lot of Magikarp on hand (I'm not judging), the easiest way to keep track of which is which might be to just give nicknames to the ones you want to differentiate from the rest.

Click on the "Recent" tab in the Pokémon Bag, and find your new Magikarp. It will be highlighted in light blue (blue aura) and located in the top left. All recent catches are found there.

You can also look at the CP of the boss before capture, and then look for it when scrolling through all of your Magikarp.

The ball of the Pokémon captured in a raid will always be a premier ball, and the Pokéball used can be determined in each Pokémon's stats, as shown in Vemonus' answer.

In addition to the previous answers, a newer way to tell if a Pokémon was caught via a raid is to use the "raid" filter1. 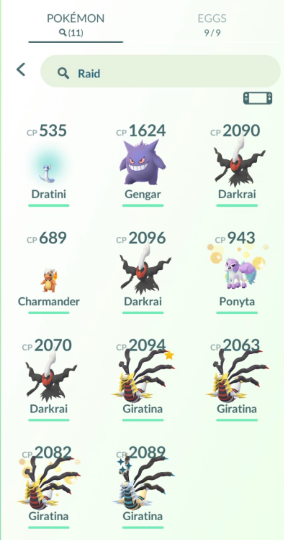 1 This filter will only work for Pokémon caught via raids after ~October 2020. I am not exactly sure how far back this filter goes, but the first Pokémon in this list was caught on 10/11/2020 and Pokémon caught in raids in August 2020 do not show up

While the Recent sort order is definitely the easiest way to tell, you can also tell to some extent by simply paying attention to the CP of the Raid Boss as you capture it. Most likely there will be only one Magikarp of that exact CP in your bag. All Magikarp captured from raids will be in the range of 104-125, as well, so even if you forgot to notice, you may be able to tell just from that range.

Further, Raid Boss Magikarp are level 20 (no matter your level, higher OR lower), and similar to Egg hatches will have IVs at least 10/10/10 or better (no stat under 10). It's likely that you will not have more than one or two other exactly-level-20 Magikarp in your bag. Combined with the date you captured it (which is displayed on the bottom of the Pokémon's page), the premier ball as noted in Vemonus' answer, and the location captured, you can narrow it down fairly easily.

107
What is the blue aura around my Pokemon?
5
What do the caught-icons represent?

14
How does training work?
18
Can you kick a Pokémon from a rivaling Gym by lowering the Gym level?
3
How do I identify a Pokémon nest?
6
How can I view which Pokémon I've buddied over time?
5
From what range can you see a Raid Battle?
10
How does Ditto's transform work against a raid boss?
4
How to tell if I can defeat a raid boss?
16
Can I do a raid with a full Pokemon Box?
3
How do I identify possible EX raid gyms in my area