How many battles does it take to increase my Summoner support to S rank?

As of version 1.7.0, ally and summoner support were added to the game. These features emulate the support feature of the regular series in which units that battle alongside each other foster a relationship together and boost each others' stats when near each other. 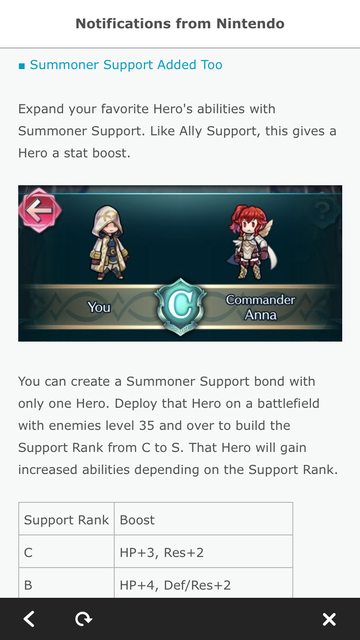 After reading this notification, I immediately made Camilla my summoner support unit. However, after using her to battle, I didn't see any sort of experience or progress meter towards her next support rank, which is in line with the main series. However, being that this is Fire Emblem Heroes, I'm wondering if the criteria is any different for ranking up.

How many battles (roughly) need to be won with a support unit to increase their support rank? Is there a difference between summoner support and ally support or are they the same?

Now that this update has been out for a while, it appears that some hard numbers have surfaced. From the Fire Emblem Support system wiki page, these ranks are solely based on the number of level 35+ enemies defeated and are as follows:

It's important to note that in order to increase the Ally Support rank between two units, they must be within 2 spaces of each other when defeating level 35+ enemies. Otherwise, these enemies will not count towards ranking up their support.

6
How does the arena score work?
3
How does Light Breath+ Refined work?