Problem with multiple commands in one Command Block

I followed the guide here to run multiple commands in one command block. Here is my command:

The command should give the executing player one bow, then 64 arrows, then tp the player to the given coordinates. This is executed through the filled redstone blocks that trigger the multiple falling command blocks created as per the guide.

However, I'm getting the following error message upon triggering the initial command block:

I realise that this may be tricky to troubleshoot, but any help would be appreciated :)

My first recommendation would be to use a different method of running three commands. Two other possibilities you could use are chained command blocks or a function. If you absolutely need it in one command block then use a function, otherwise, use a chain of command blocks as it is simpler. To do the latter, place three command blocks next to each other so that they point into each other. Then when putting commands into the final two blocks, click the buttons below until they say Chain / Conditional / Always Active. 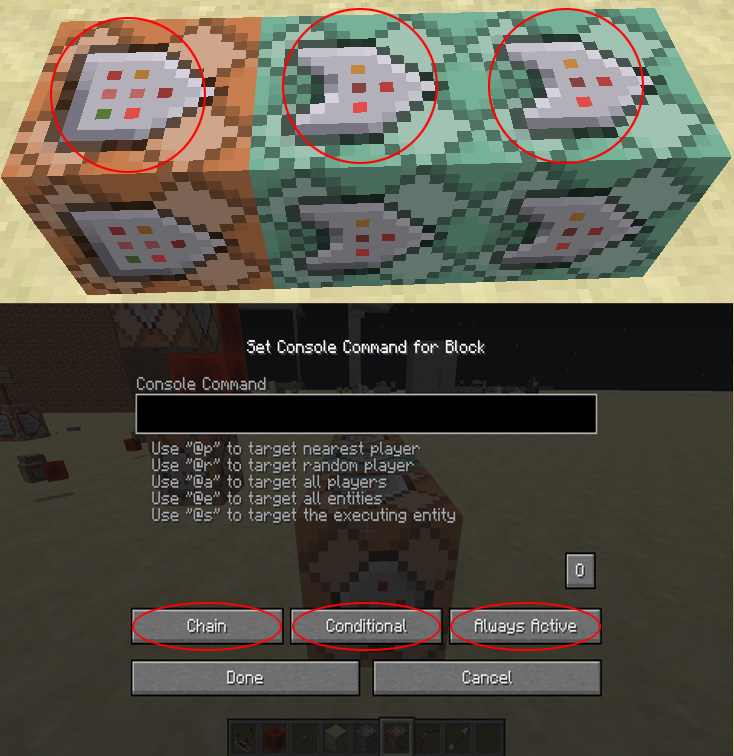 If you still want to use the falling block method, there are several problems that I see with your command.

The first use of Passengers (Passengers [{id:falling_block) is missing :.

The last command block command fill ~ ~-5 ~-1 ~~50 ~-1 redstone_block has no space between x2 and y2(~~50 should be ~ ~50). Also, the redstone blocks only need to be next to the blocks that need to be activated. With the current coordinates, you are producing a stack from one below the original command block, all the way to 50 above the last command block. I changed the fill coordinates to ~ ~-3 ~-1 ~ ~-1 ~-1 and it only puts the blocks where they are needed. 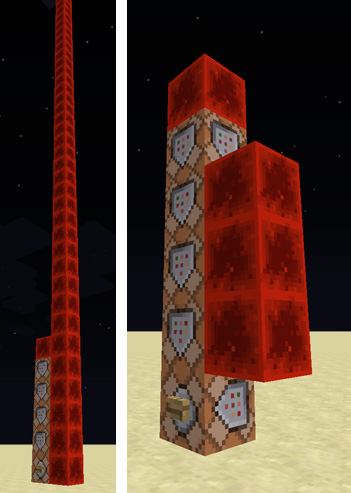 Another change. While it is not required to be changed, command block commands do not need to start with /

With all of these changes the command is: 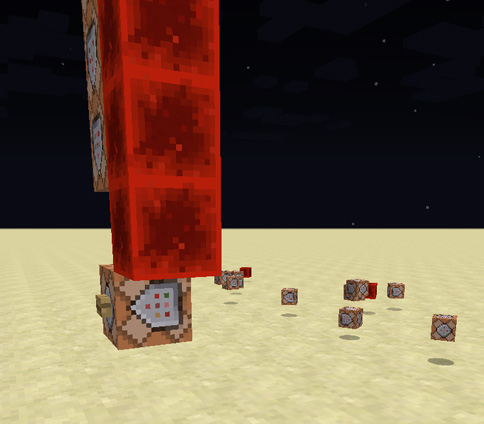 -3
How do you summon 100 zombies with one command block?

1
Spawn a command block with a player's name
2
Replace normal block with same block that has a special property
1
How to make a command block give/summon chest every morning (minecraft time)? 1.7.10
1
How can I walk around regularly while in the ground?
0
My arrows aren't being executed at by a looping function/command block
1
Minecraft 1.14.4 Teleport in multiplayer mode a different player relitive to them selfs from (Datapack) function called from command block
1
How do I summon a command block as a falling block with commands inside?