Which blocks can't be covered in snow?

So, I have built a built of a mural in a creative world, to try and figure out the shape, and I am quite happy with it. 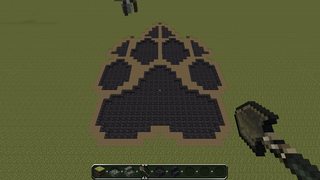 However, this was made using slabs and stairs - which I know won't get covered in snow, as I intend to build this in a Snow Biome. Additionally, while it looks fairly good in my texture pack (DokuCraft) it doesn't look so good in default Minecraft... 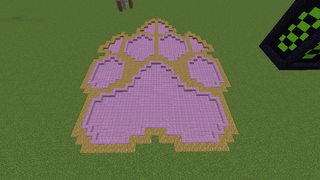 So, I need to look for alternative ways to keep this exposed. I know that Torches can melt snow, and obviously other heat sources as well, but is this still the case if I placed another block on top of it? (Eg., a concrete block on top of lava?)

From the (little) testing that I have done, it appears that "heat" goes pretty much hand-in-hand with light levels. Is this the case? Are there any other blocks, aside from stairs and slabs, that I can use to that won't get covered in snow? Or can I use a block of lava beneath it to melt the snow?

There is no "heat" in minecraft. Lava melts snow because it is a light source. In the case of stone above lava, no light will pass through, so it will not work.

In snowy biomes or in cold biomes at varying layers, it will snow instead of rain, and while it is snowing, snow will generate on random non-transparent blocks with a block light level of 10 or less, with the exception of packed ice.

This had me a little confused as I thought I had seen snow generate on glass before. I built a creative test world using 1410403532 for a seed to get a snow biome.

I placed down several blocks including light blocks, partial blocks, and glass. I then made it snow with command: /weather rain 600. This causes snow for 10 minutes.

The first thing I played with was light levels. Snow will not fall onto a block with a light level above 10 as stated. 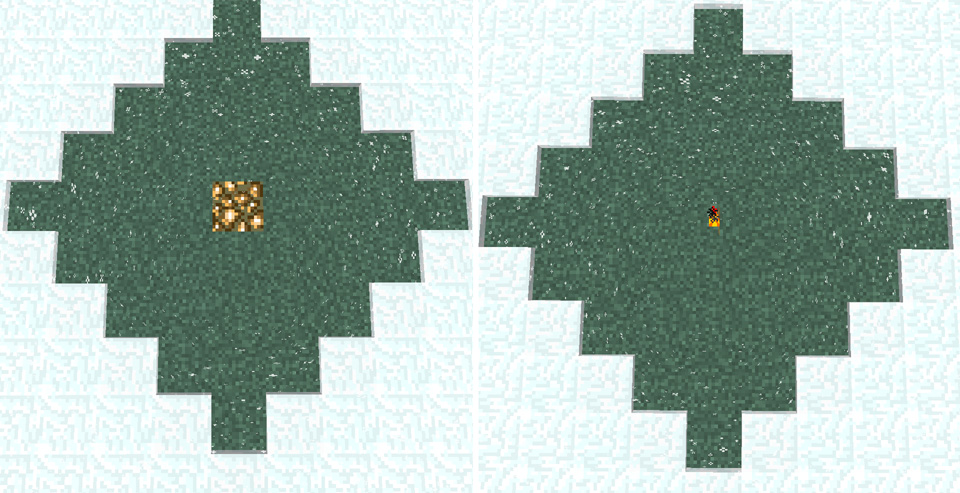 If you then cover the light with snow or place a light source in an already snow covered area, it will only melt back to a light level of 12 which is a smaller patch then the area that won't be snowed on if already cleared. 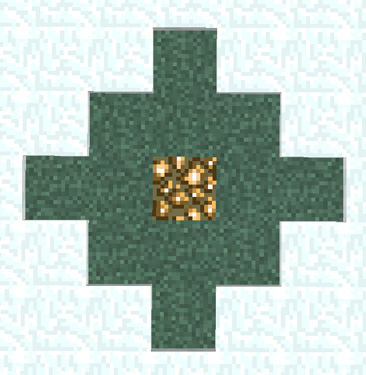 I tested glass to see if I remembered correctly. It did snow on the glass. (Note: I used a texture pack to make the glass clear) 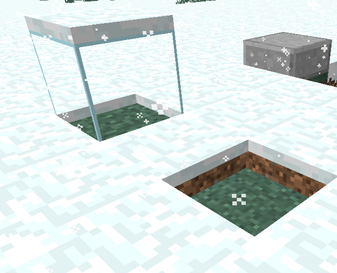 I tested slabs both upper and lower. It will snow on upper slabs as the top surface of the block is solid. It will not snow on lower slabs. 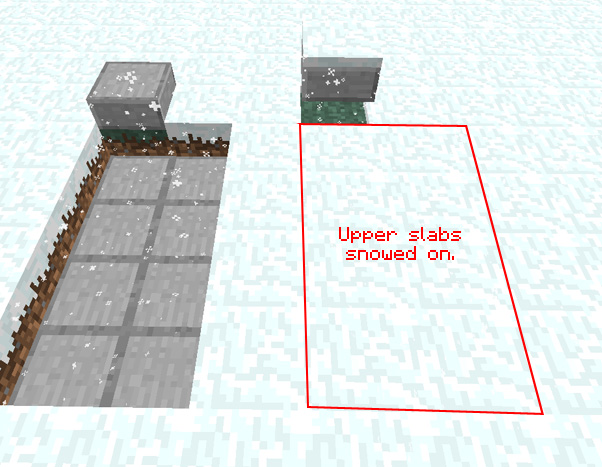 You can also build a platform above the mural. You can build it at very high levels so it is likely to not be noticed up in the sky while looking at mural. This will prevent snow from forming on any block below it so you could build the mural out of any desired block. 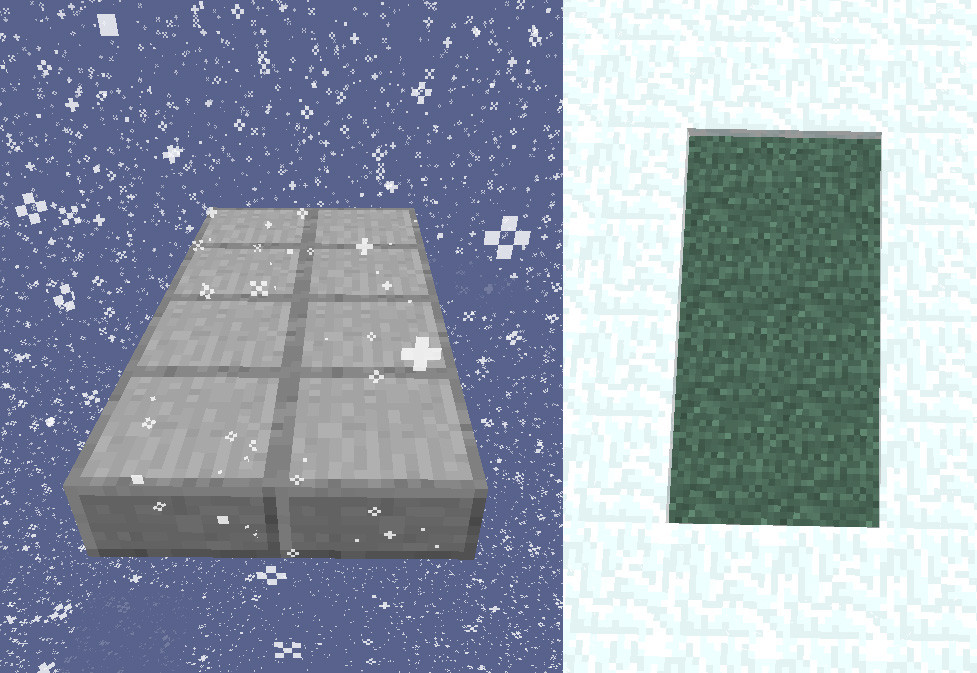 Answers to all of your questions can be found here.

1) From the article, "Snow will melt if there is a block light level of 12 or more." So yes, it would appear that "heat" is the same as the light level.

2) As for additional blocks to use, the article says "snow will generate on random non-transparent blocks with a block light level of 10 or less, with the exception of packed ice." So perhaps you could use some sort of transparent block.

3) The article does not say anything about using lava to melt the snow and I can't currently recall if that works or not. Seems like it would be simple to test though. I will update my answer once I've had a chance to test it.

Have you tried with pressure plates? That's what I use. There are not many options as for color, but you could use the blackstone pressure plate, or dark oak ones to get a similar effect.

7
Which mobs can spawn on snow-covered ground?
60
All the contents of my shelter exploded, killing me and leaving my shelter virtually unscathed. How could this happen?
11
Do calves jump?
13
From under what blocks can daylight sensors detect sunlight?
3
Can monsters naturally spawn on blocks covered by pressure plate?
3
Villagers won't breed - plenty of food, fully traded
1
Which biomes do Snow Golems leave trails in?
8
Is there a relatively easy and efficient way to spawnproof large areas in the Nether?