I am playing Gears of War 3 in 3D. My problem is that the Xbox guide doesn't appear to support 3D. Does anybody know how to fix this? Enabling 3D in the Xbox settings doesn't do anything. Achievements come up the same way. Basically the game is 3D but everything built in to the system isn't.

Here are some images:

First, I do have 3D enabled in the Xbox settings: 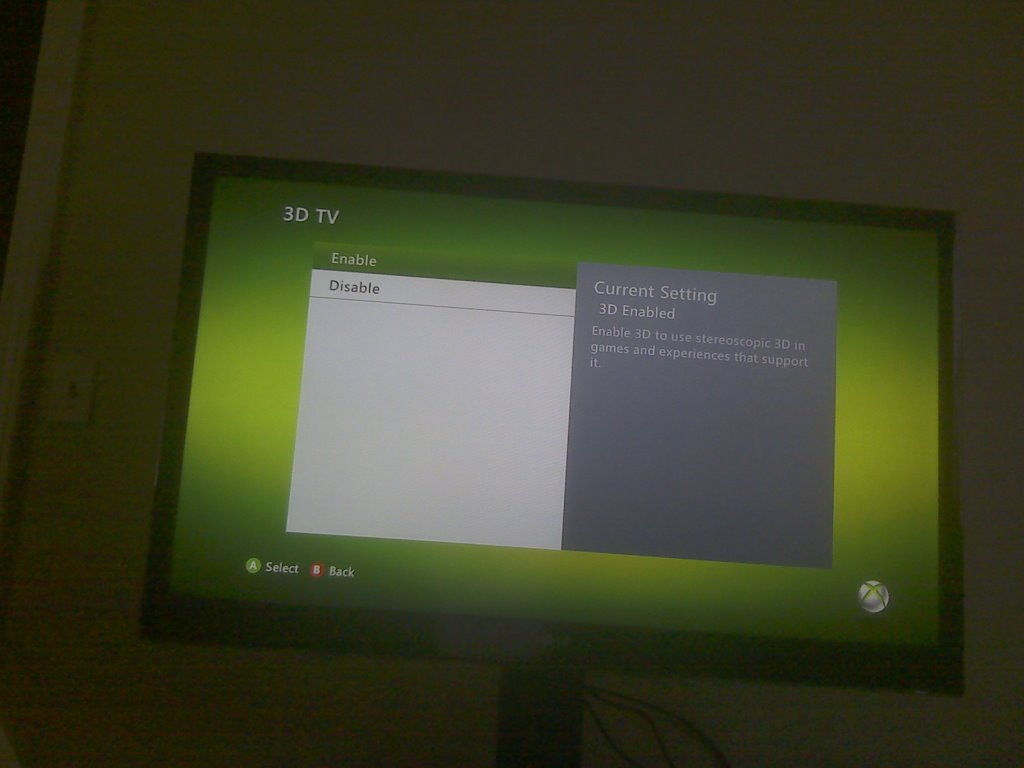 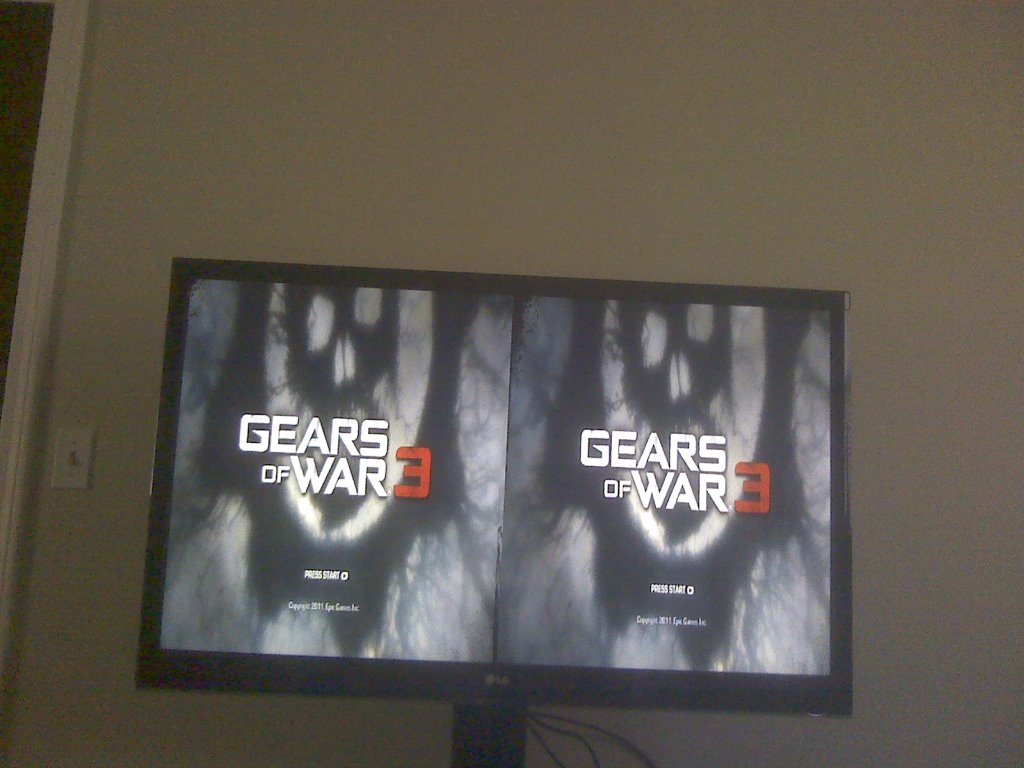 This next image shows what happens when I turn 3D on for the TV (it is now a standard 1080p image with both halves of the previous image being interlaced in polarized light for the glasses): 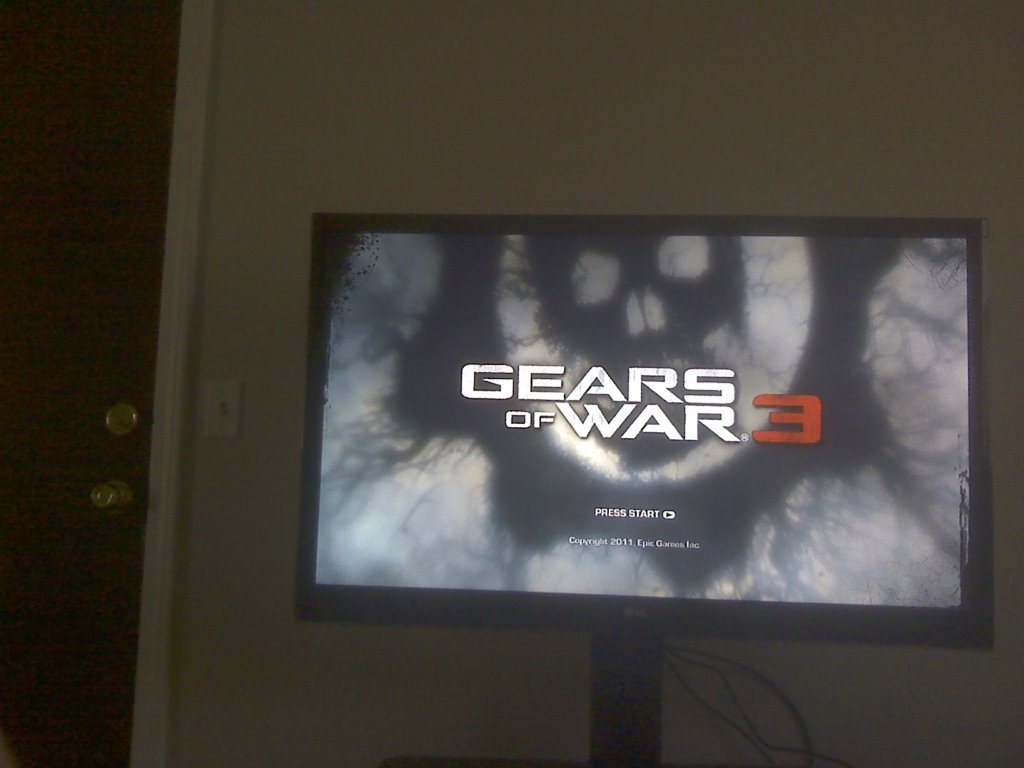 Now I'll pull up the Xbox Guide (TV is still in 3D mode): 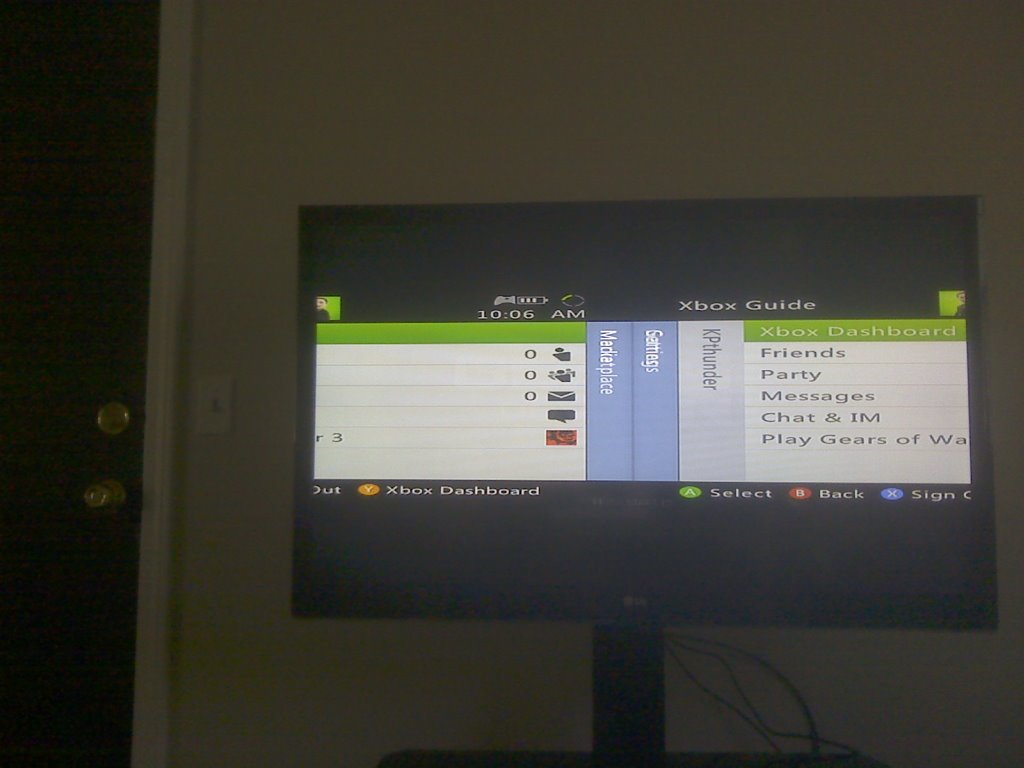 Here is that same image when the TV is not in 3D mode: 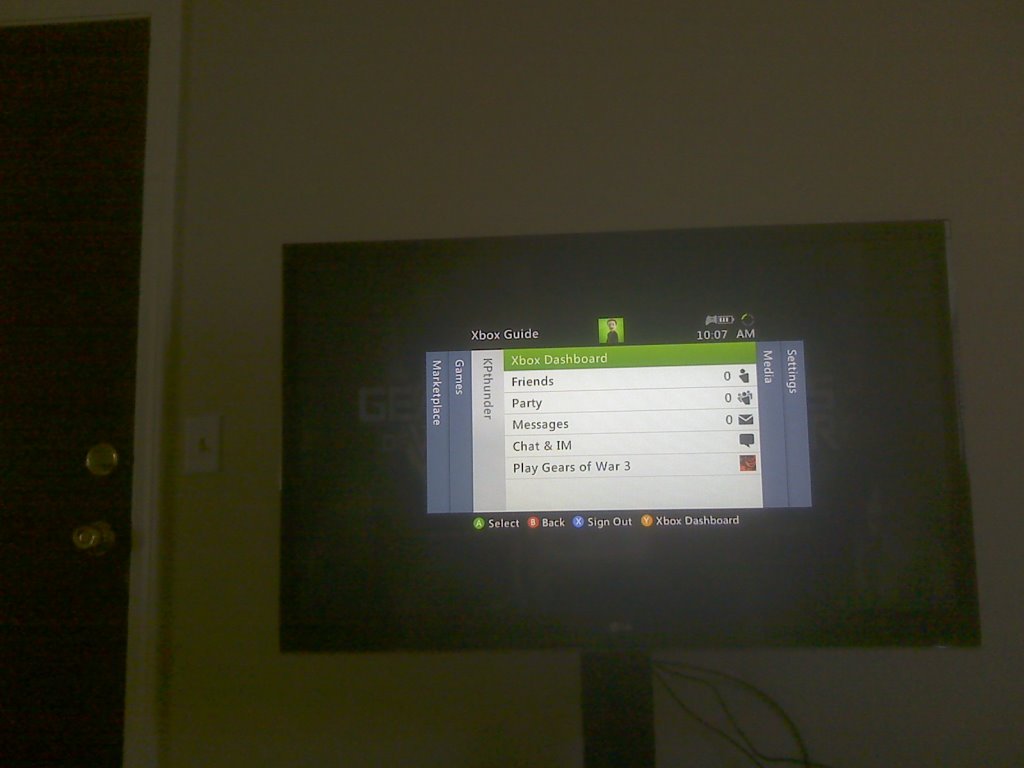 It may be difficult to see, but the game went back to the split images (see second photograph) and the guide is just sitting in the center overtop the images. Achievements do the same thing. Basically, they are not being split into 3D frames and it is actually painful whenever I pull up the guide or earn an achievement. That's right, I feel physical pain whenever I earn an achievement.

There must be a way to make the Xbox interface come up in 3D as well.

The reason for the weird system popups is that the Xbox doesn't support 3D natively. It's just the game itself that outputs two half-size images on a normal 2D output. The TV then pulls out the two images and displays one to each eye when you put it manually in 3D side by side mode.

If the dashboard knew that the game was in 3D side by side mode it could potentially show two smaller squashed and repeated dashboards, one on the left and one on the right so that both eyes see the same image in 3D, but it doesn't.

Not the answer you're looking for? Browse other questions tagged xbox-360 stereo-3d gears-of-war-3 .