What do the blue colored skill icons indicate?

So I was looking to upgrade one of my skills and noticed that Packmaster was colored blue. At first I thought that the blue colored upgrades were the selected upgrades when more than one are unlocked (e.g. Domination), but in the case of Packmaster, that's the only available upgrade for that skill. None of the others are colored this way, they're just white or greyed out. And it can't be a story unlock, Packmaster was just a regular upgrade.

What does the blue color for the icons indicate? 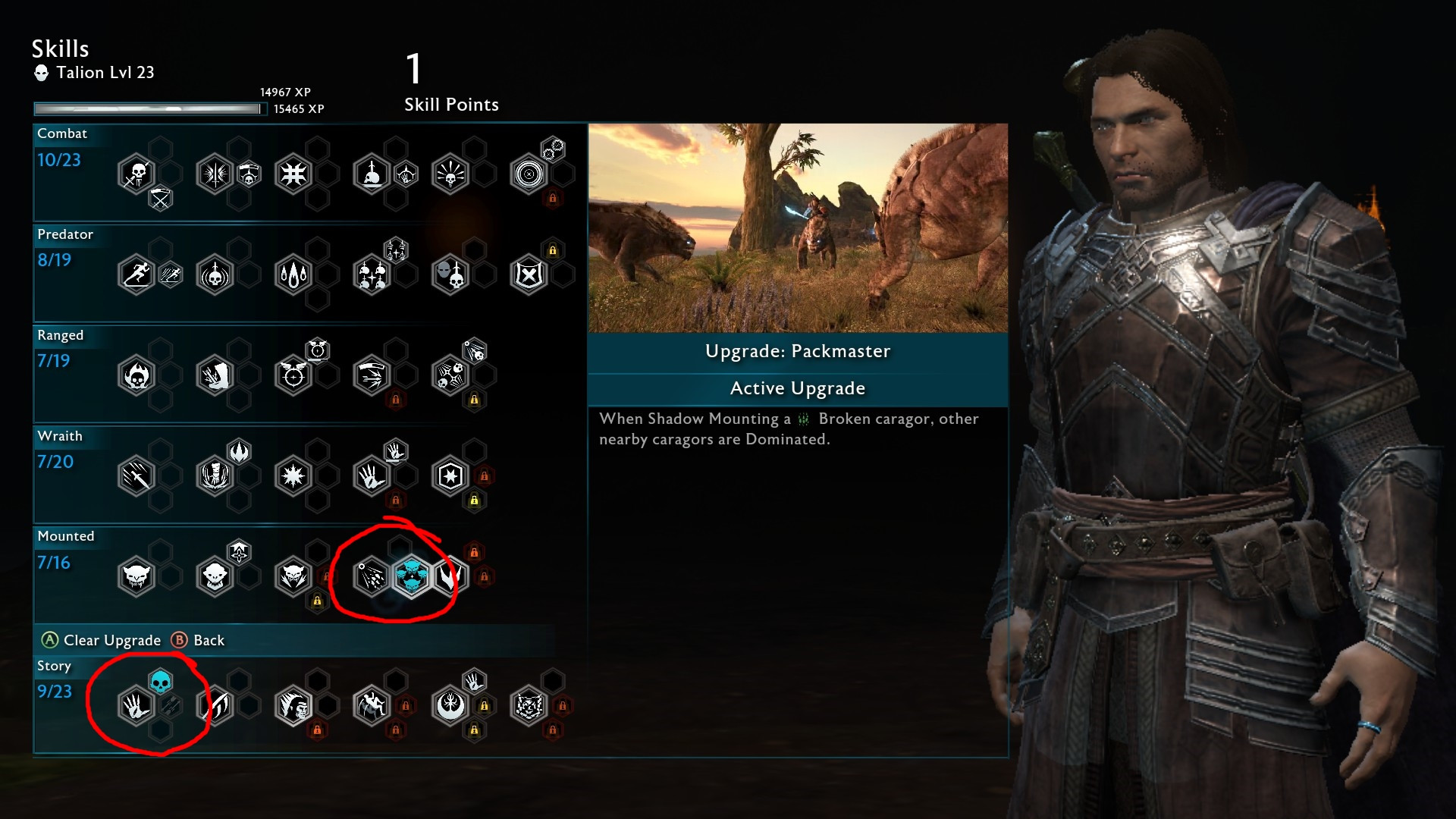 Domination is blue, but Packmaster is as well

I try to write this without any spoilers, but it is a bit hard. If you haven't finished the game yet, proceed at own risk.

I noticed it too and couldn't find any correlation and just brushed it off as nothing special. After seeing your question here I started the game again and went to the skills menu. Note that I finished the game and got every single skills unlocked.

There are a few things to notice:

I tested the Packmaster upgrade multiple times with multiple (broken) caragors in the final act but I always ended up with 1 caragor, can somebody confirm? If this holds, the blue color seems to suggest that the original functioning is tied to Celebrimbor and might be changed in the final act. The color difference in icon with Undying Loyalty could explain this.

I know this isn't hard proof but is is the closest I could come. IF anyone has some suggestions, feel welcome to post them in comments.

Blue skill icons indicate abilities that are carried out through Talion by Celebrimbor:

Found here, on the Shadow of War fandom website.

Not the answer you're looking for? Browse other questions tagged middle-earth-shadow-of-war .

1
(Spoiler) Witch king + Eltariel side mission disappeared?
4
What is the value of keeping epic or legendary orcs alive as followers?