Why do some of my 4* heroes have a lower feather cost to unlock potential?

Surprisingly, those heroes all have a similar light-blue avatar background: 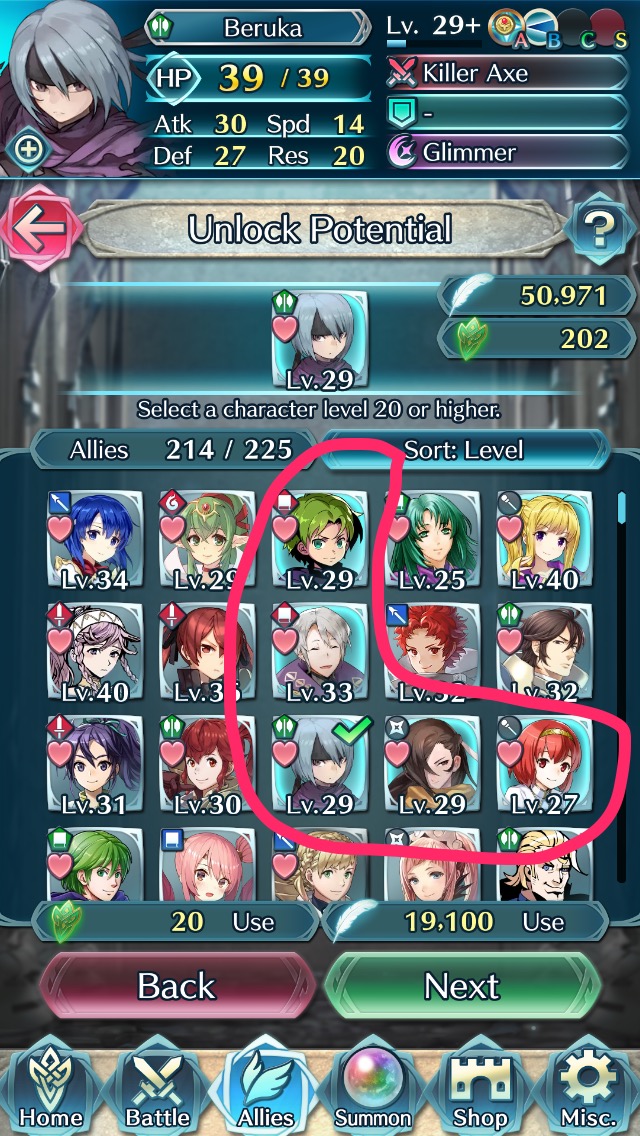 What is the meaning of this light-blue background? Are those heroes special in some way?

Heroes with a light blue background are heroes that you have merged. This thread explains why/how the feather cost to unlock potential is decreased.

I was recently poking around on the unlock potential screen, and I noticed that my Gunter needed 19,700 feathers rather than the usual 20,000. While I thought it was unusual, I wrote it off thinking it has perhapd because he was inherently weaker than others... A second ago, however, I realized he had been merged with another 4* Gunter, and I had a thought.

After confirming with the few other units I have merged, I can say thay merging units--of the same rarity--decreases the number of feathers needed to unlock potential. From what I have, I can say:

Another user explained what determines the amount of feathers the cost is decreased by:

It lowers the cost the same amount as you would get if you sent them home.

The reason your Beruka will cost 19,100 feathers to unlock her potential from 4* to 5* is that she must be a +3 merged unit. It's important to note that if you unlock a merged unit's potential, they will lose all of their merge bonuses. It's not recommended to merge non-5* units unless you plan to just make a +10 4* unit, as this would be significantly cheaper than unlocking 11 units' potential to 5* to get a 5*+10 unit.

11
When should I unlock the potential of my characters?
15
How can I obtain more feathers?
13
Why should heroes be sent home?
2
Is it worth unlocking potential only to merge?
5
Is it best to unlock a hero's potential to 5* and merge lower rarity heroes into it, or merge them into a 4* hero?
1
Will linking my FE Heroes data to my nintendo account when i already have one linked delete my data?