What are the differences between the standard game and Deluxe?

I found a listing for it on Green Man Gaming that lists the Deluxe assets as follows:

Included in the Deluxe Edition are 5 In-game historical monuments from around the world, the games original soundtrack as well as a digital art book.

Digital Art book: See the concepts behind the buildings! The book features almost a 100 hand drawn concepts of the game various buildings and the story behind each. 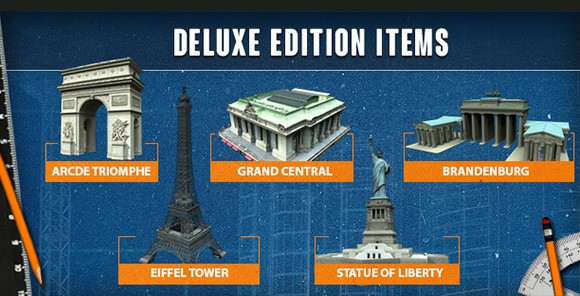