What language packs and subtitle languages does Diablo 3 have on windows from battle.net?

I've searched around but not been able to find the list.

Q: What languages will the game be available in?
A: Both console versions of Diablo III will be fully localized in English, German, French, European and Latin American Spanish, Russian, Italian, Polish, and Brazilian Portuguese.

What are the languages for windows? 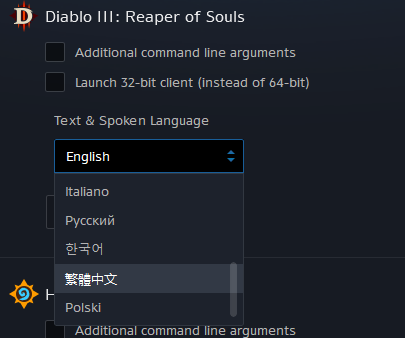