Does A Hat In Time have co-op?

Back in July of 2016, the Hat in Time developers mentioned on Twitter that the game would include a 2 player co-op mode on release. The tweet included a photo of Hat Kid next to a co-op partner. 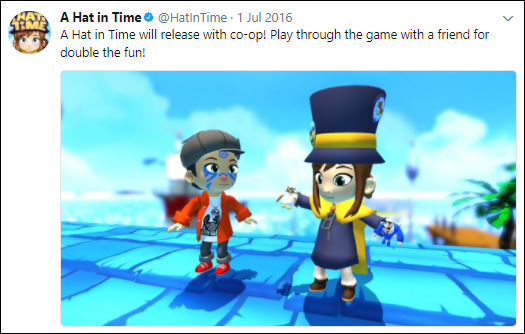 Confusingly, I haven't been able to find any mention of a co-op mode in the final game. Additionally, the game's Steam page makes no mention of multiplayer, categorizing the game as single-player.

I was able to find a month-old video showing that co-op was possible in the beta with console commands, but I can't tell if this is still possible.

Does a Hat in Time feature co-op? If so, how do I activate it?

As of 13 September 2018, A Hat in Time now includes local split screen co-op. This is included in the base game, and can be accessed from the pause menu - just select co-op, and now a second player can control using a second input. This is what the second player character (Bow Kid) looks like: 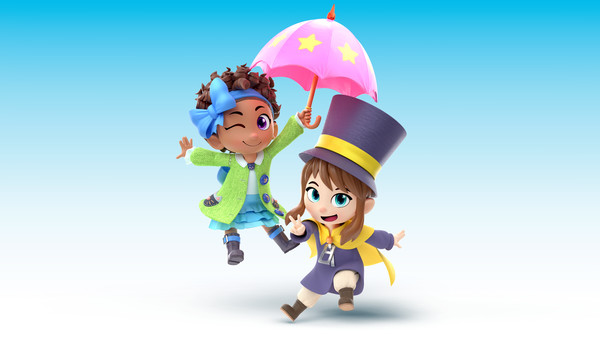 Note: The other answers mentioning that Seal the Deal is required are inaccurate - the co-op is released on the same day as the DLC, but is available without it.

It appears that no coop exists for the current version of the game until the first content patch. If the Steam page does not say it, it most likely does not have it. See Left 4 Dead 2's Steam page for comparison. It lists Coop as one of its features.

I found a rather brief Steam post dated October 8th 2017 saying it will be released in the next patch.

The Game Wiki states on its Co-op page:

A Hat in Time allows for both local split-screen co-op and online co-op. Local co-op is planned to be implemented in the first major content patch, and internet co-op "later".

Yes, but only in the "seal the deal" DLC

Yes, but only as a DLC available in about 5 days.

Not the answer you're looking for? Browse other questions tagged a-hat-in-time .

3
Does A Hat in Time have content from Psychonauts 2?
10
Does letting the Conductor or DJ Grooves win change anything?
3
What happens if I don't give Moustache Girl a time piece?
4
Does sitting around do anything?
0
Does something happen after the The End screen?
3
What does this Snatcher coin do?
1
Do speed kills work in A Hat in Time?