How to determine if it is a kinetic, energy or power weapon?

I'm about to choose between 3 different exotic weapons as quest reward.

For me it is very important which of them belongs to what slot, as that is highly dependable for my decision. But I can't figure out what the type of the weapon is from the quest reward dialog or item inspection.

Am I missing something? Or might there be a way to figure it out?

Kinetic weapons have their Power value in white, with no elemental symbol (red flame, blue spark, purple vortex) by the value.

Energy weapons and Power weapons both have elemental damage. Those are the symbols I mentioned above and correspond to Solar, Arc, and Void.

Exotics notwithstanding (though I believe only Fighting Lion breaks the mold by being a Grenade Launcher in your Energy Weapon slot),

Kinetic weapons and Energy weapons share the same weapon type. These are:

And as you have discovered, you can always press Q or LT, whichever your appropriate keybinding is, to preview the weapon compared to your current equipped weapon in that slot.

I just figured a way to do that.

Generaly you can see this of course by the slot the weapon is available for.

In case of a quest reward or an engram, this might be hard to see before. But you can still compare them to your current weapon by pressing Q while hoovering it. So you will see which of your 3 slots it is comparing to.

Now the difference between energy and kinetic. These weapons include: auto rifles, pulse rifles, scout rifles, hand-cannons, side-arms, and submachineguns. These weapons cannot be interchanged, meaning that even though there are mods that can change the element of a weapon (on both energy weapons and power weapons) they cannot be changed to kinetic and vise-versa.

You can quickly tell the difference between a kinetic and energy weapon in 2 ways. Energy weapons will obviously have an element, this will be shown with the purple, red, or blue icon of the respecting element type. Another more subtle way is the direction of the weapon in the icon. Kinetic weapons will always face from the grip in bottom right to the barrel in the top left, while energy (and power) weapons will face from bottom left to top right. 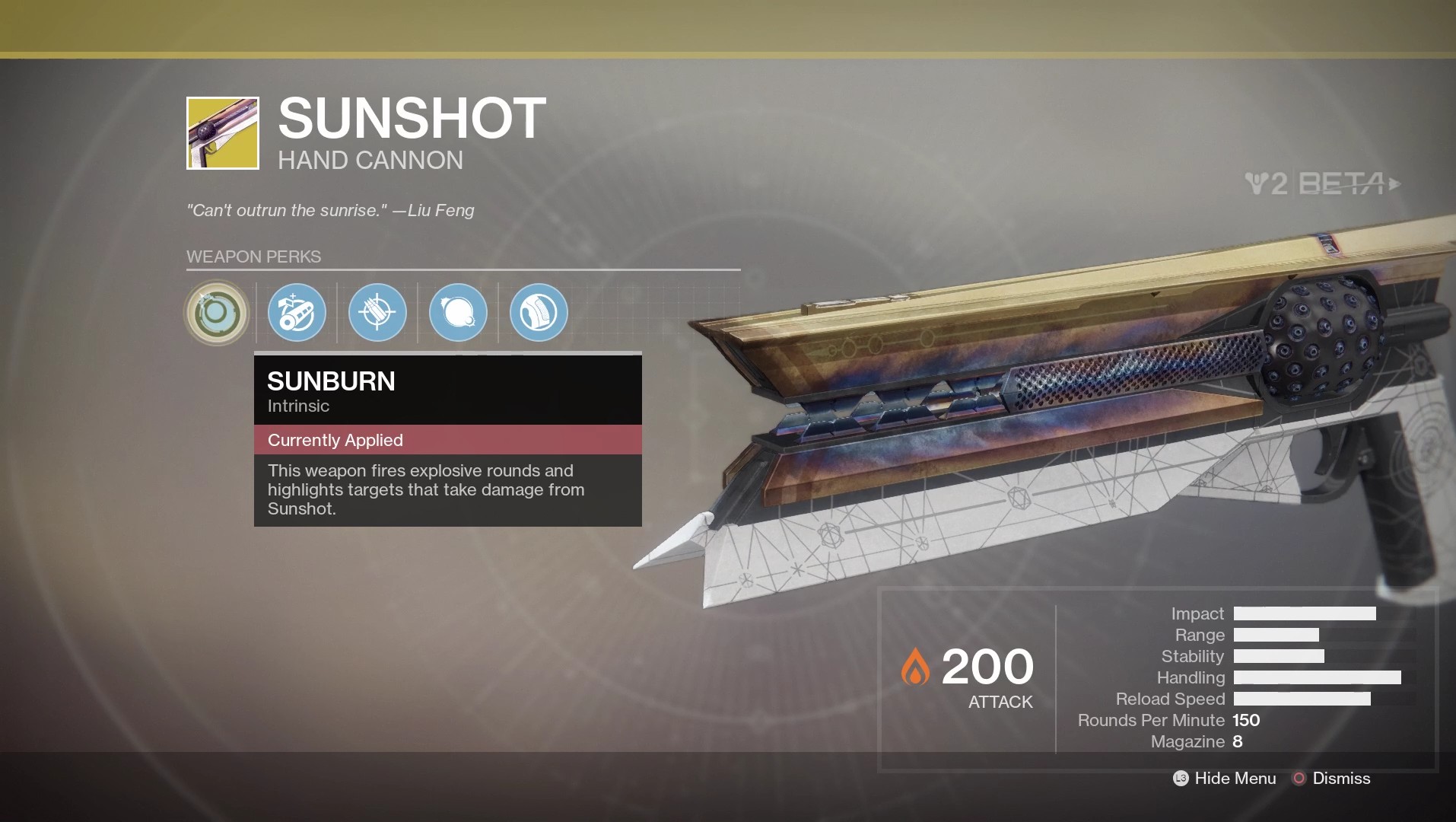 Sunshot is an energy handcannon and its icon faces from left to right. 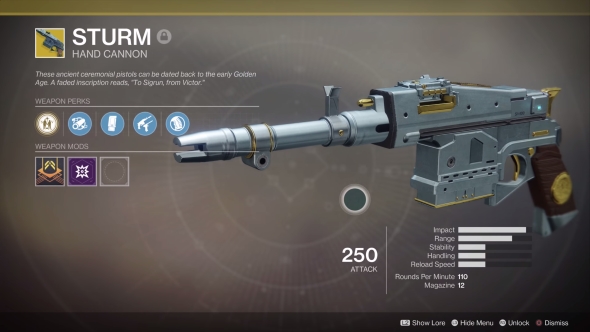 Strum is a kinetic handcannon and faces right to left.

If the damage is elemental its Energy. If its normal its Kinetic.