What's the purpose of the epilogue's cloud?

In the epilogue there is one last cloud that doesn't seem to do anything. Since I read1 about that one star where another slowly slow cloud is relevant, I wonder if something similar is the case here or whether it's just an homage to the other castles? 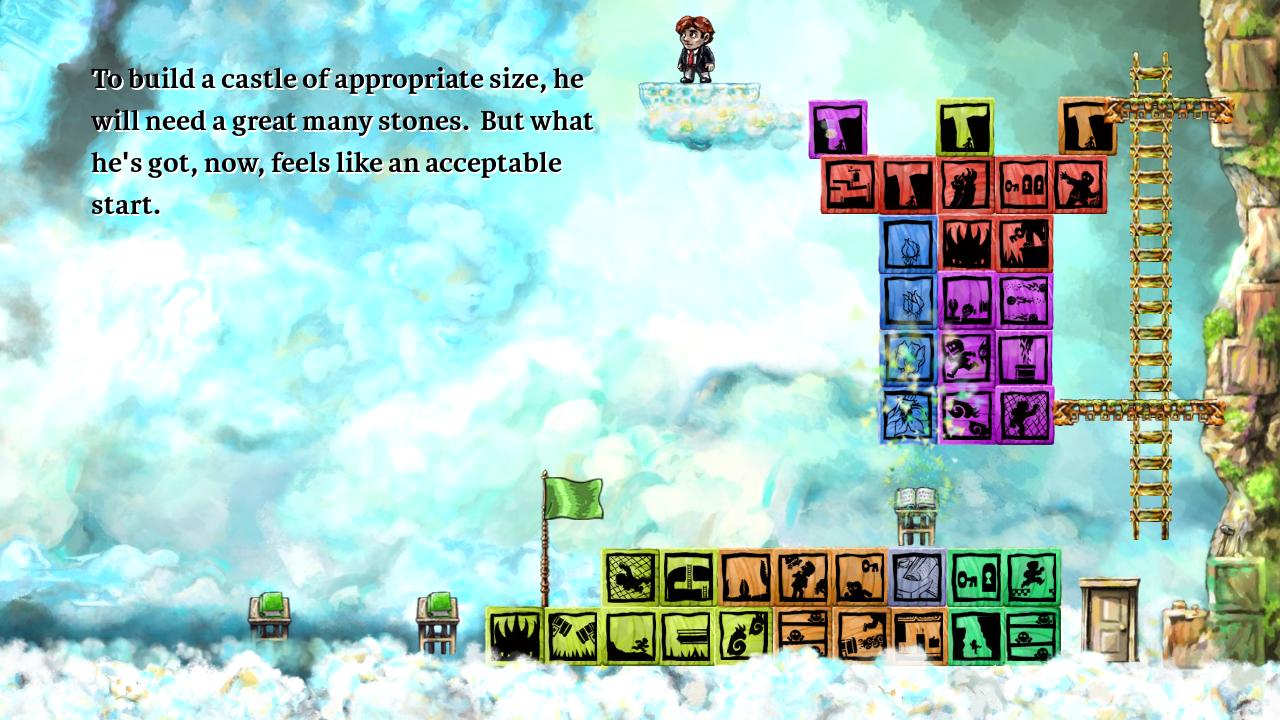 1)but didn't find the motivation to wait for yet...

Ok, according to Digital Spy, Jonathan Blow confirmed it's rather cosmetic meaning:

One of the game's mysteries was a stationary cloud positioned beside the castle in the epilogue, which Blow explained has no impact on gameplay.

"There are Braid conspiracy theorists out on the internet who swear that this cloud is for something, and the reason that they think that - and there's a very good reason to think that - is that pretty much everything else in the game has a reason," [Jonathan] explained.

"The reason why this cloud is here is not very verbalisable to me. It's something about victory, it's something about having a beautiful vantage point that I can just stand on, and feel successful about. It just felt right that my castle not only encompasses some blocks that were made, but also some elements that were previously antagonistic to me.

"I just wanted to be in a position where I could look down on the text. I wanted to be high up looking down. Just when I build a castle like this, or added a rampart, it just didn't feel the same. So again, it's a pattern break, it's like everything in the game means something except for this."

He added: "I guess I've never answered that officially, but there is no gameplay purpose to this cloud."

Not the answer you're looking for? Browse other questions tagged braid or ask your own question.

9
Why does Braid forget that I bought the full version?
9
What are the command line options for the PC/Mac version of Braid?
38
Who's the brown dinosaur in Braid?
2
Is the World 4 version of Hunt impossible without doing something else first?
5
How to solve the World 4 hunt?
4
Going the distance in Braid
4
How do I get out of the pit?
4
How do I get the third puzzle piece in Irreversible?
4
How do I get to the two puzzle pieces right at the end of Cloud Bridge?
5
What's the purpose of this holey wall?