I have Super Mario Galaxy 2 in the Dolphin Emulator. Since I have to point for certain things and use the joystick on the nunchuck for general movement (and I don't have a USB sensor bar), I want to play with the nunchuck in my left hand and the computer mouse in my right hand, while the Wiimote just lies around (because I don't have a third hand). 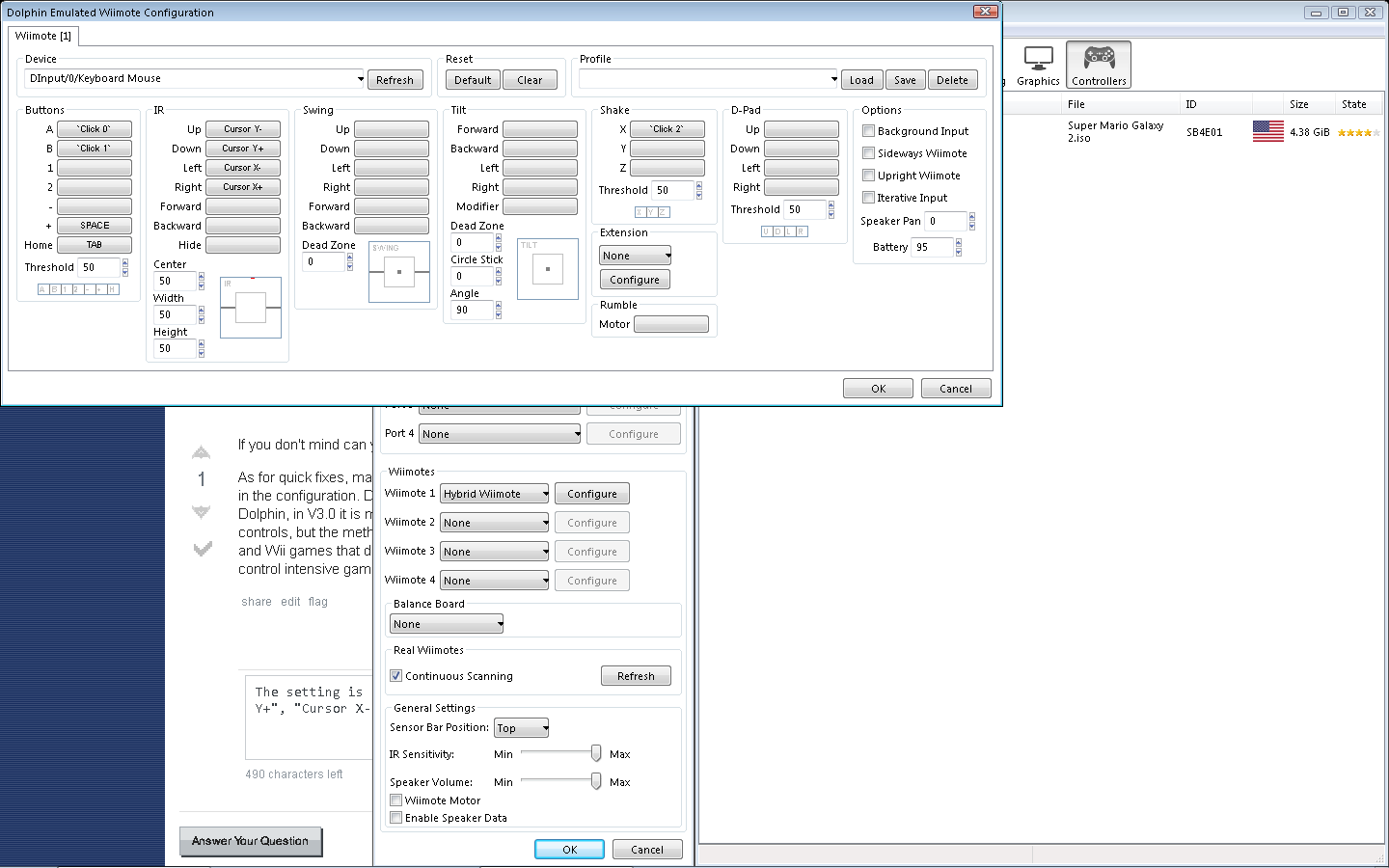 How can I make the cursor reliable?

From an answer from one of the developers of Dolphin (archive): This is a bug in the current version of Dolphin. It only affects hybrid Wiimote mode, emulated Wiimote mode works.

If you don't mind can you post your settings? It would make finding the problem a lot easier.

As for quick fixes, make sure you have hybrid Wiimote enabled, and disable every option apart from IR in the configuration. Do note that the motion controls are actually a lot better in the earlier versions of Dolphin, in V3.0 it is much less buggy. V5.0 is fairly buggy in general when using the mouse as motion controls, but the method described above gives the best results. I have V5.0 for Gamecube games and Wii games that don't involve motion controls (like Smash Brothers), and V3.0 for more motion control intensive games like Super Mario Galaxy. Hope this helps.

Not the answer you're looking for? Browse other questions tagged mouse super-mario-galaxy-2 dolphin-emulator .