Several times I've moved my character from one Random Gen map to another (during alpha 16.4), and never had any issues. Now I'd like to move my character to a Navezgane map in the same way, but the same process doesn't work, I end up with a scene like in the attached image, with a loop of the starting sound you get when you first login to a fresh game. I can't move, and hitting Tab only shows the inventory menu for a split second.

Anyone successfully accomplish this? I've tried deleting the Region files, the .map file, and every combination of these files. 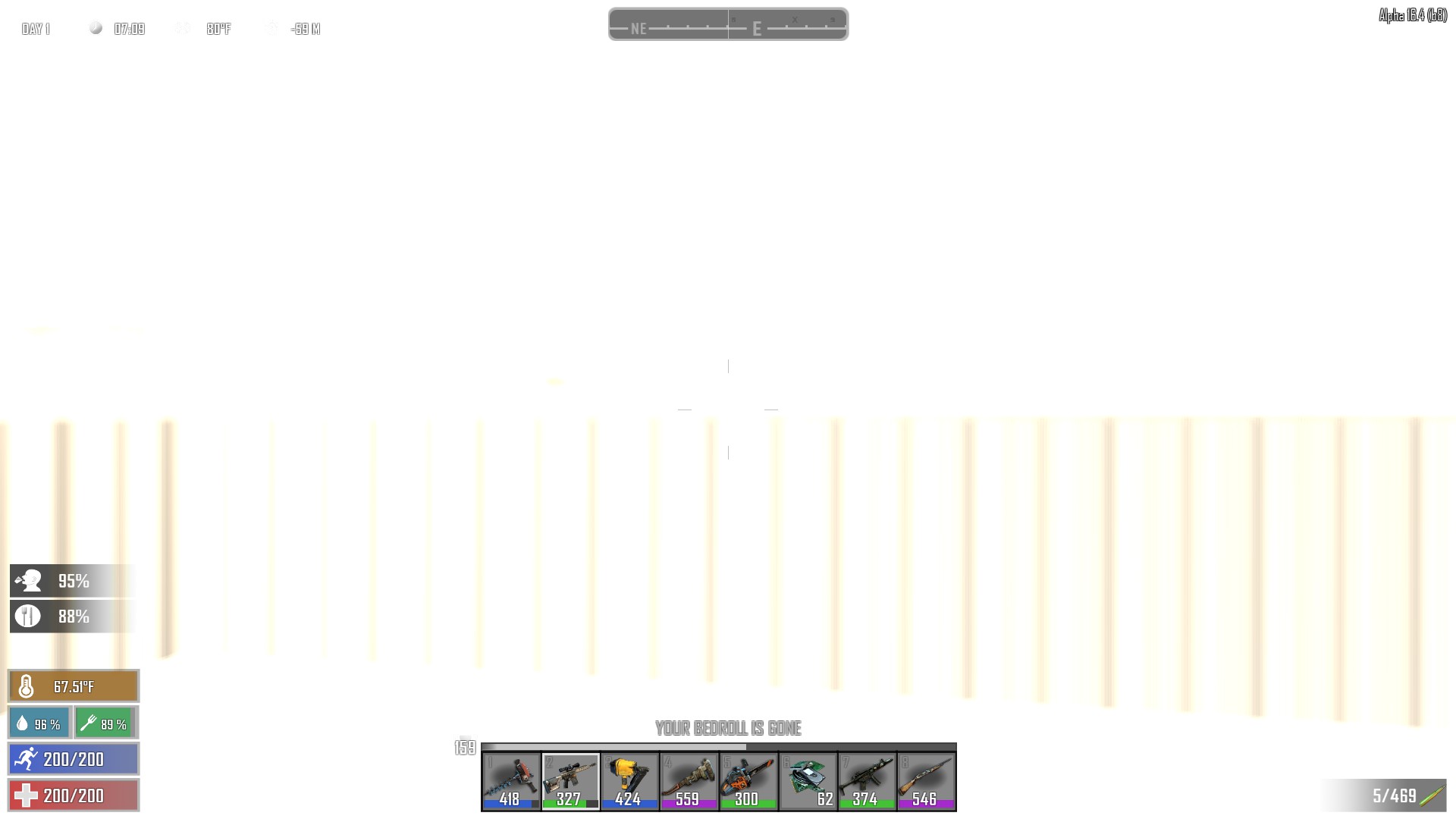 Finally realized what the issue was here. I was thinking about the only thing that is intrinsically different between random gen and Navezgane was the size of the map. So I ended up being out of bounds for Navezgane. In my Random Gen game, I put a marker at 0,0, and started running for that position. Once I was pretty close, I tried again, and it worked perfectly.

Just wanted to follow up with an answer for posterity, since I know there is a large contingent of people who do this.

Not the answer you're looking for? Browse other questions tagged 7-days-to-die or ask your own question.