How does Light Breath+ Refined work?

With the introduction of the Weapon Refinery you can now Refine a lot of weapons to make them better and give them new abilities.

I have a Ninian level 40+1 who I love using, and noticed I can refine her Light Breath+.

The new ability seems rather amazing, and the second part seems a little confusing: 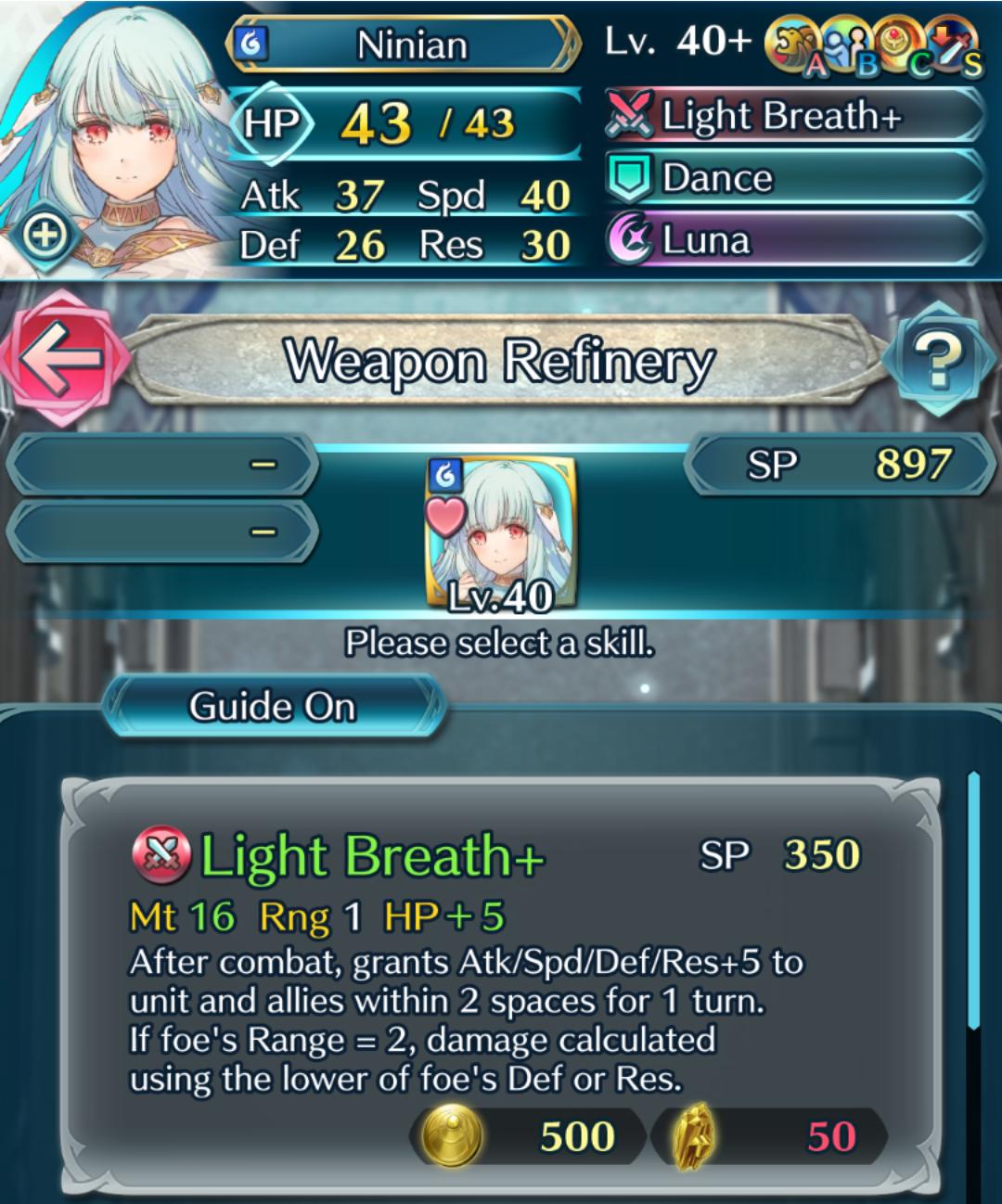 "After Combat, grants ATK/SPD/DEF/RES +5 to Ninian and allies within 2 spaces for 1 turn."

"If foe's range = 2, damage is calculated using the lower of the foe's DEF or RES"

The first part I understand, seems pretty good,
The second part I understand as "In combat with a foe 2 spaces away, if their DEF is lower than their RES, use their DEF in damage calculation instead" (as Ninian usually uses their RES stat in calculations)
This confuses me as Light Breath+ is a 1 range weapon, how can I attack enemies 2 spaces away?

I'd like to know if this is the correct meaning of the second part of the ability, and I need something like Distant Counter to make use of it?
Or is there something I am missing?

I've finally got everything I need to upgrade a weapon, so I have a Refined Light Breath+ to play with.

"If foe's range = 2, damage is calculated using the lower of the foe's DEF or RES"

This means that when a unit with Light Breath+ Refined attacks, if they are attacking a unit who's weapon range is 2, aka a tome user, staff user, dagger user, or bow user, her attack will use the lower of the enemies DEF or RES, which is wonderful for killing mages as they usually have high RES and low DEF!

Here are my screenshots for proof:
Enemy Tailtiu spotted!
Ninian's Stats
Ninian's Weapon
Before battle preview
Damage has been done
After the battle
Ninian died for science today :'(

An encounter using the regular Light Breath+ would result with:

However, with Refined Light Breath+, we have:

That is quite a bit more than what was possible before!

13
What does Mt mean?
12
Does terrain provide a defense bonus?
15
Does a hero lose the experience if he/she dies?
6
How does the arena score work?
2
How to level up clerics fast?
4
What does this light blue tile mean?
6
How many battles does it take to increase my Summoner support to S rank?
1
Which Hector will be most effective with a Distant Counter/Vantage build?
1
Does the pity timer build up across different summoning banners?
1
does FE Heroes treat weapons as skills?