How do I play Red Dwarf?

Occasionally the Jester (Junius Loosetongue) will ask if I want to gamble money on a game of Red Dwarf. He then rolls two dice and depending on the result I either win or lose.

After losing multiple times, I realized that the Jester never explained the rules of Red Dwarf to me.

What are the rules of Red Dwarf? What do I need to roll to win?

You win Red Dwarf if you roll an even number, or if you have Loaded Dice.

These results were determined by observing several Reigns playthroughs and recording the results whenever Red Dwarf was played in a Google Spreadsheet. 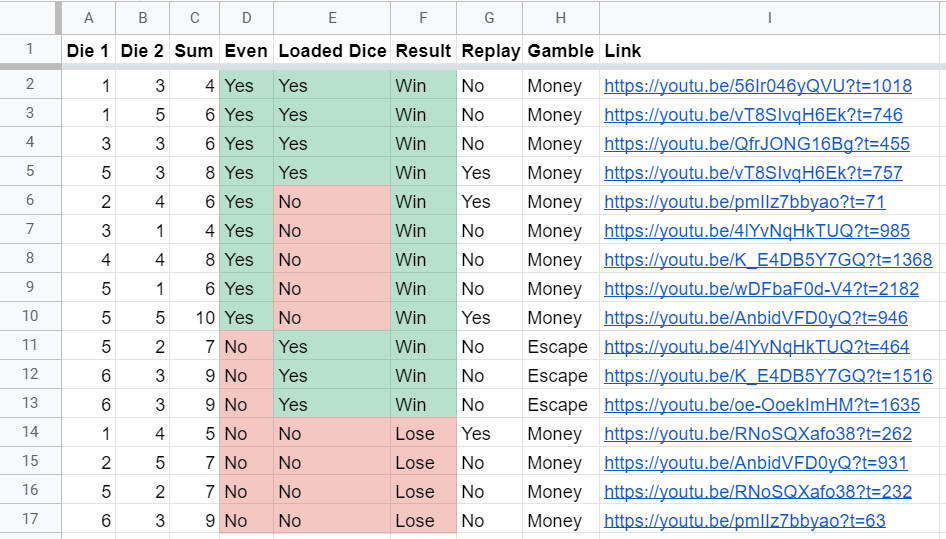 You can play Red Dwarf in one of two scenarios:

If you accept, the Jester will start rolling two dice. Depending on the stakes, you can either increase your money bet or reroll before the dice are shown. If the dice add up to an even number, you will win. 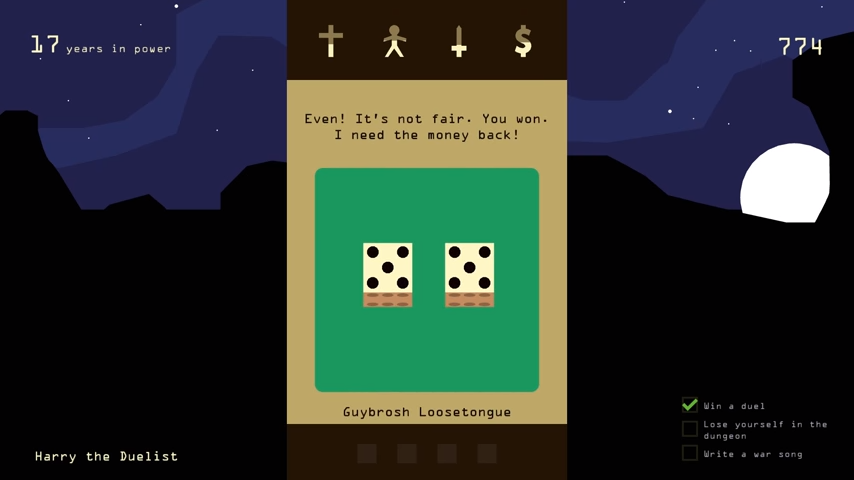 Alternatively, if you have the Loaded Dice status effect, the Jester will say you won with an even roll, even if you rolled an odd number.