How can I build a self-loading torpedo launcher in survival mode?

I am playing survival mode and am currently looking for ways to add some more firepower to my ship. One idea I had was to add a torpedo launcher. My basic idea was:

Unfortunately there is a problem. As you can see on this screenshot, the torpedo is not being built: 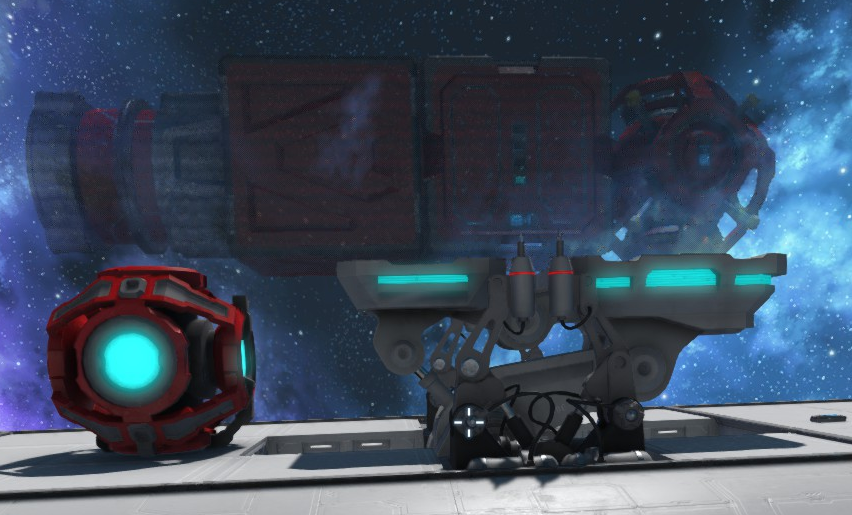 The problem appears to be that welders only construct blueprint blocks which are in contact with a face of an existing block which is able to provide a hold for that block, and the landing gear isn't considered such a block. I know that because it works if I place some blocks at the side: 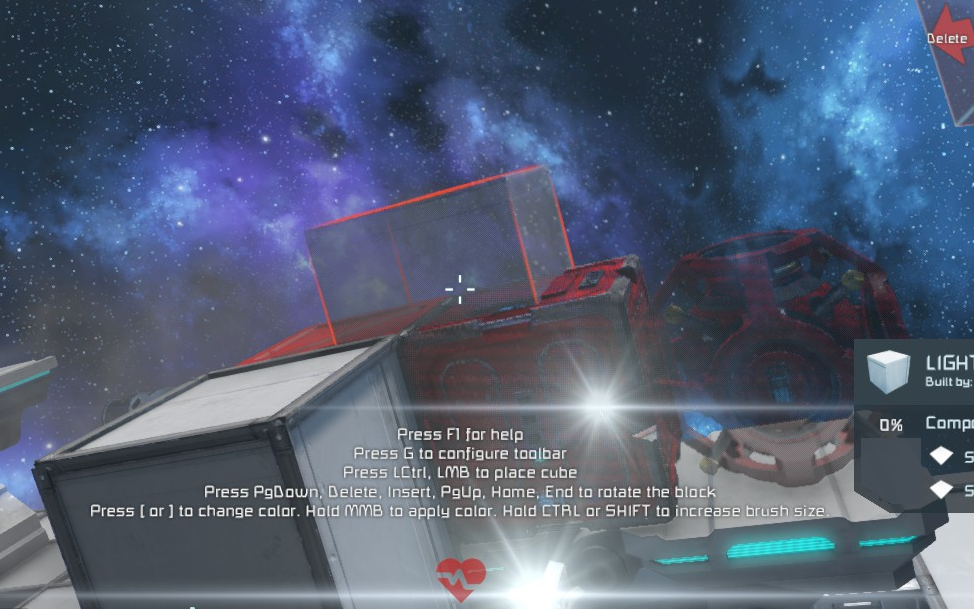 But in that setup the torpedo is stuck to the holding block and can not be easily released.

Is there a way to build my torpedos automatically and provide a quick and convenient way to release them?

The sole of a landing gear is indeed not suitable for a projector to place a block on.

There are lots of ways to do this, but I'd probably do something like this:

I created this schematic only from top view nor did I draw the whole torpedo, but it should suffice. The're 2 torpedo shafts here: The top one is the actual torpedo, while the bottom one is a dud with a decoyblock in it. I would place the decoyblock as the first block in front of the engine.

The projectorblocks can be placed anywhere outside of the shafts, you can adjust the position of the projection in the controlpanel of the block itself (till a certain range, but the range is pretty big). And ofcourse the welders need to be connected to your conveyor network.

When you have done all this, you can place timerblocks anywhere on your ship. You need to program the chains of each timerblock, which will be the most time consuming. You'll need to chain timerblocks together so it does a lot of actions automatically:

This should be working as a fairly simple torpedo launcher mechanism. Just make sure the projections of both missiles have 1 block of free space on all sides except where the mergeblocks should connect each other. And also make sure the shaft is long enough that the torpedo engines won't burn a hole in it.

Not the answer you're looking for? Browse other questions tagged space-engineers .

1
How do I cancel the current build in space engineers
5
How can I perform multiple actions with one button of a button panel?
0
How to build a ship in the latest update (01.172 STABLE) of Space Engineers?