How can I get my party to actually fight and stop ignoring enemies?

I just started playing Baldur's Gate: Enhanced Edition and have been frustrated by my party of six. They just stand around completely oblivious to enemies approaching. I can manually order them to attack, but I'd rather have them automatically decide "hey, there's a goblin attacking our leader, let's do something!".

I found the script customization and have set them all to something useful, like "Fighter - Aggressive". However, they seem to be ignoring all this and just stand around until ordered otherwise.

Is there something obvious I'm missing? Is there some "get into combat mode" button (as with Ultima games) that I'm not seeing?

In game, there's a little lantern button on the bottom right hand side. This toggles the AI scripts on or off -- check to see if it's on (it'll be lit up): 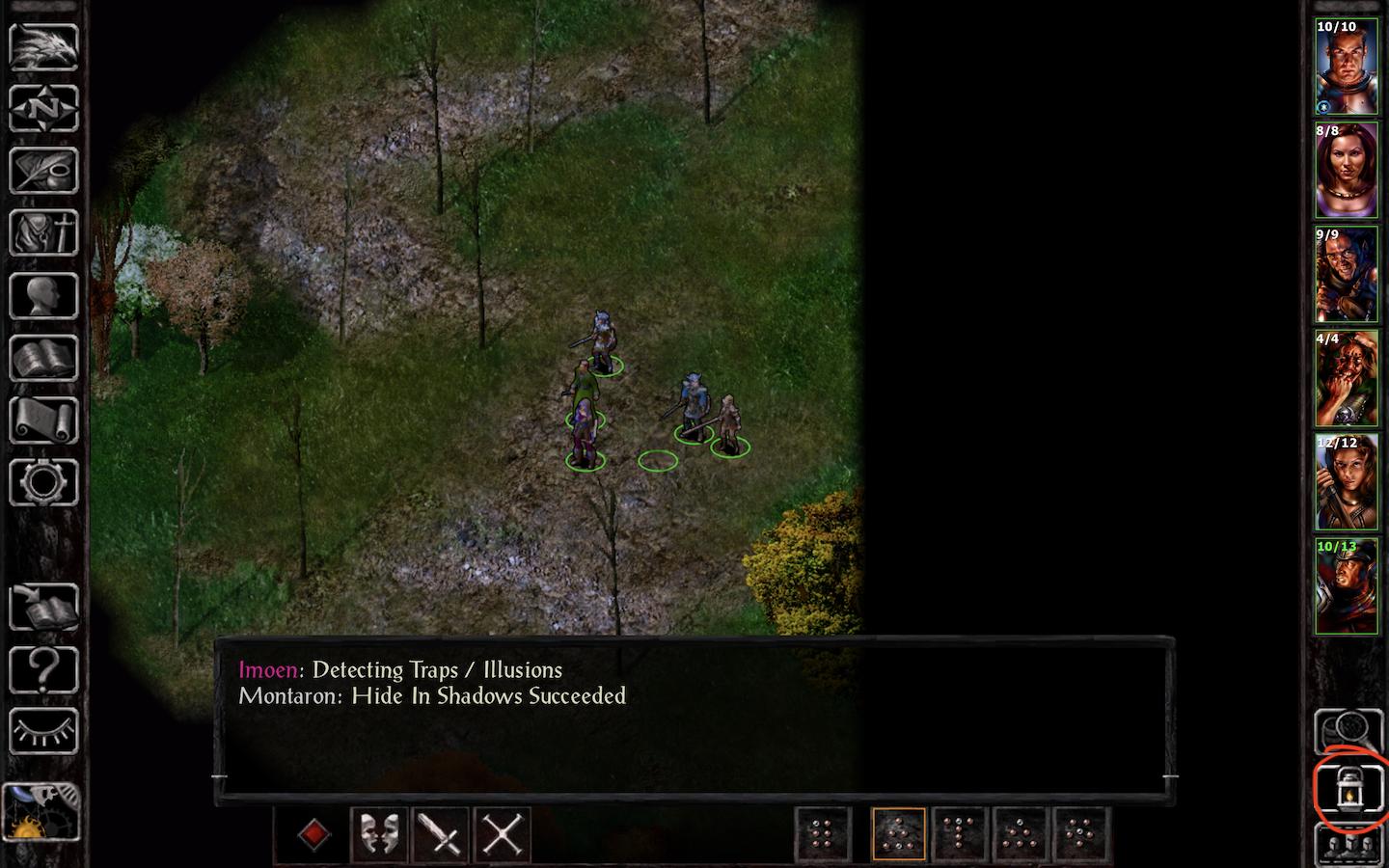 Not the answer you're looking for? Browse other questions tagged baldurs-gate baldurs-gate-enhanced or ask your own question.

18
Once I replace a party member, can I ever get him back?
6
How can I select my entire party?
0
How to get a Gem bag in multiplayer BG:EE with a full party?