What do I need to know to enjoy watching competitive StarCraft II matches?

I'm hoping to convince some geek friends to attend a BarCraft event with me this weekend. The problem is, none of them have played StarCraft II before, and certainly haven't watched live professional games before.

StarCraft II is a complicated game and obviously it's not possible to convey a deep knowledge of the game in a few paragraphs. That's not what I'm asking for. However, you don't need to completely understand every nuance of a game like football or baseball to have a good time watching a game, and I'm sure SC2 is no different.

Let's assume your audience is a gamer with some RTS experience. Perhaps they've played the single player campaign from the original StarCraft or other RTS games, and some casual multiplayer games among friends. What are the key concepts they should understand to follow a professional match?

How does one make a goal in StarCraft II?

The most fundamental thing to know is how a player wins:

So, he needs an army to conquer his opponent, which requires resources that he gathered. Because he needs to decide whether to trade resources for buildings or for army, economy plays a huge role...

Also, if there was a single way to conquer an opponent, that would be a boring game.

This is why various concepts come into play which make the game dynamic:

Let's go through a game of StarCraft II.

Please note that this is faked by gathering some screenshots, but it serves well enough as a starter. Don't mind colors, just look at the type. You will find a video of a similar game near the end...

The games starts, the workers you see gather minerals from the patches.

Next to the minerals you see two gas geysers, while doing stuff around the map he places valuable gas geysers there to get better technology and thus better units. This also allows a Terran to place add-ons on his building to access units / upgrades.

Because he decides to go this way he has a small early army, but has access to better army... 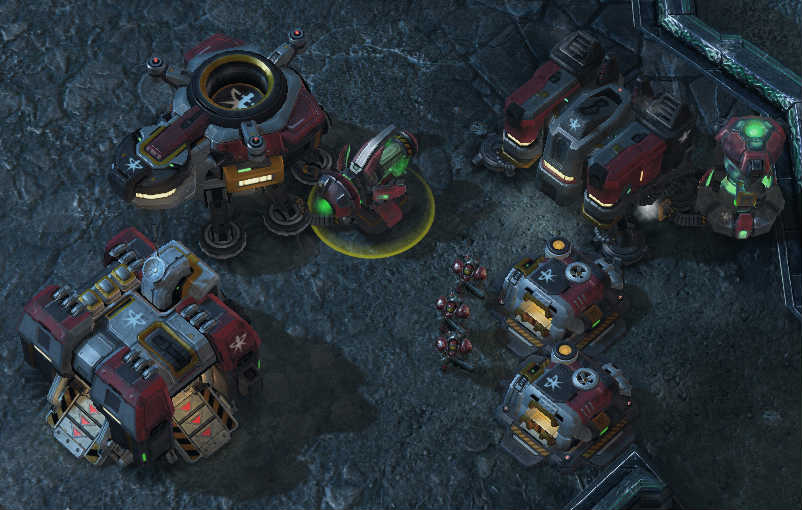 Simultaneously, while this happens, the players also try to scout each other. The opponent Zerg couldn't get in with a worker, so waits for his overlord to reach the opponent and he finally sees the buildings. Luckily he decided for an early rush so he built a Spawning Pool so he can get his first army. He also plans to counter air later on... 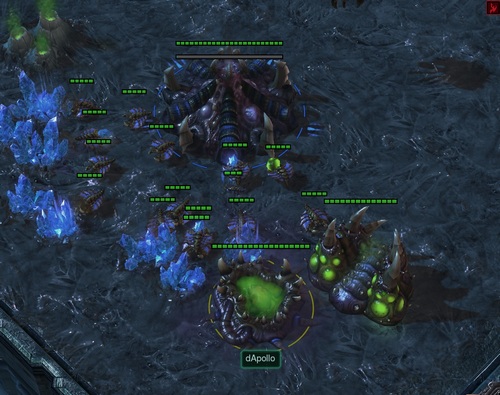 When Zerg plans to attack, Terran is expanding, so this is an excellent moment for him to attack. This puts Terran behind, and Zerg gets a considerable advantage and wins the game over time. 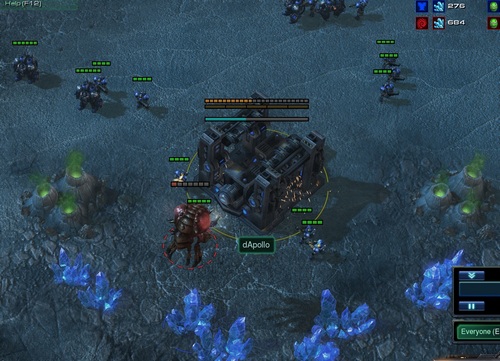 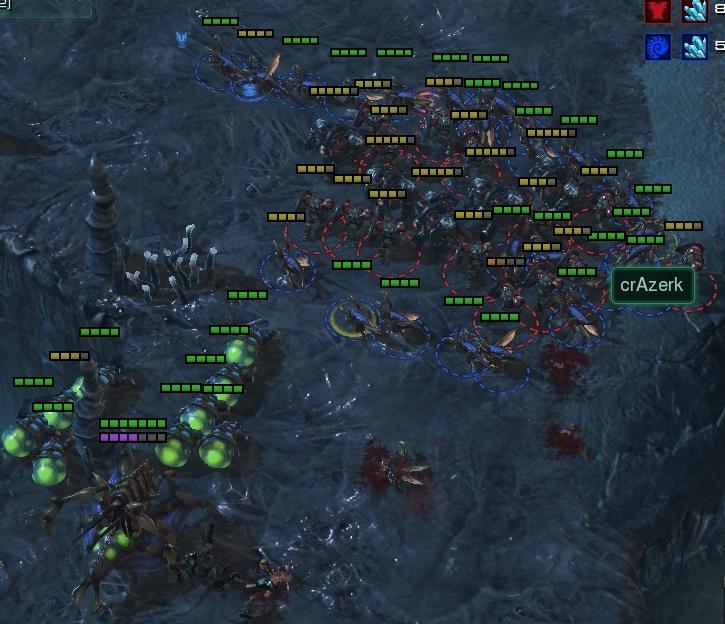 With his Zerglings he surrounds the army while he uses the Banelings to break the wall. Next, he moves in with the Zerglings and takes out the workers. Given that Terran's base is a mess and Zerg also starts to get air up, there is no use to move out with the air units that Terran made. Good Game.

But, isn't Zerg more powerful then?

No, Terran made the wrong choice by expanding / moving out when he planned to attack with air. It only works if he focuses on moving his air units out, or he could have tried something different like more ground units and tanks (they do splash damage which is great against big group of light units).

Is this enough that I need to know?

Yes, you will learn the most by watching and listening to the casters. Whatever race you pick, the concept of turning minerals and gas into units which you use to attack your opponent stays the same. Each race has it's own units, you will learn what they do and what they are used against with time.

One game you see some heavy dudes and some blocking fields battle a big ground army... 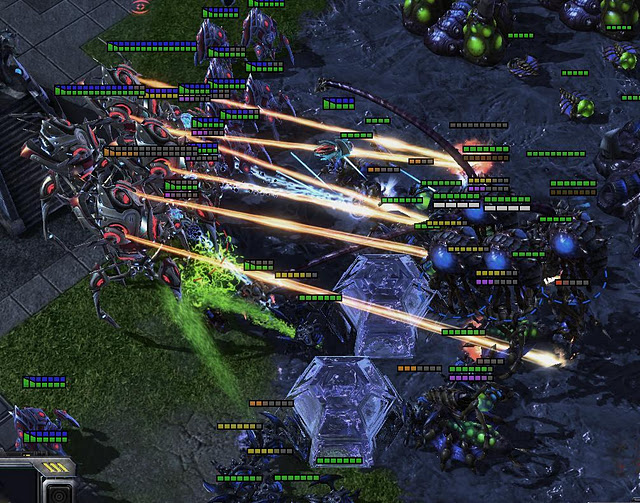 Here, they are just making each others army smaller. The one with the better economy will reproduce more faster and eventually win if the opponent doesn't decide to fix his economy or unit composition.

Another game you will see nasty tricks, for example dropped by a Raven... 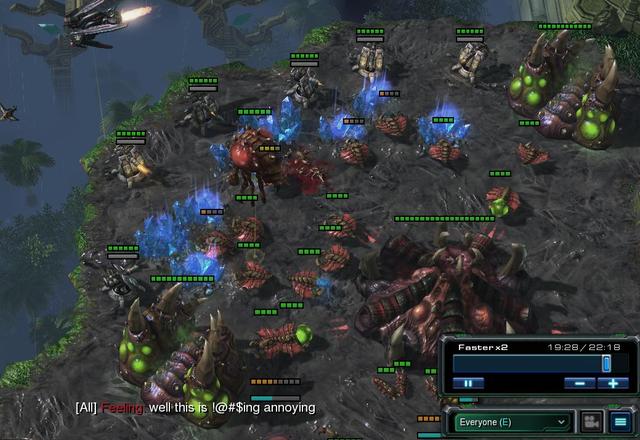 Done with minerals, Zerg his army is elsewhere and these things stand there for some minutes.

The gist is, you will be able to enjoy by knowing how a single game works, so...

Let's put it through the test...

In the following game, Zerg wants to gain a good economy but Terran tries multiple time to stop him:

If you can't get enough and want to see the third Race, here is a famous Protoss only game:

Still not enough? Here are some live streams and you can also find commentary on YouTube...

7
What is a Starcraft 2 “season”?
2
What settings do I need to get the outmatched achievements on Starcraft 2?
10
Can I play and fully enjoy Starcraft 2 using a Touchpad and not a Mouse?
14
Do I need two licenses to play StarCraft 2 multiplayer over a LAN?
14
Where can I watch Starcraft/Starcraft 2 matches in South Korea live in person?
1
Starcraft II Ladder Matches(How to get promoted)
0
Starcraft 2: What are “mechanics”?