I would like to definitely solve a problem with controllers configuration when I play local games with friends on my PC.

And it is a little annoying because in some games it is just not possible to change the input by the options. And then when I try to explain how to play the explanation will depend on the controller, it is really boring if the game has a lot of control.

Thus, I tried to download x360 ce that emulates an Xbox controller from a random PC controller. I did it to make the game "believe" that he has Xbox controller and by using the emulator I could configure all the thing to make the physical "A" button have the same action in-game for all controllers.

All my games are on Steam, thus I went into the Steam game folder, for example:

I put the x360ce.exe here. I launch it, it recognizes all my controllers. Then I start it and I configure my controllers to make their buttons coincide in the emulator. 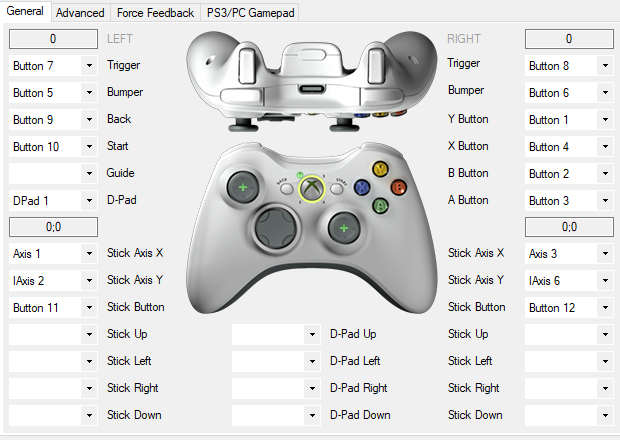 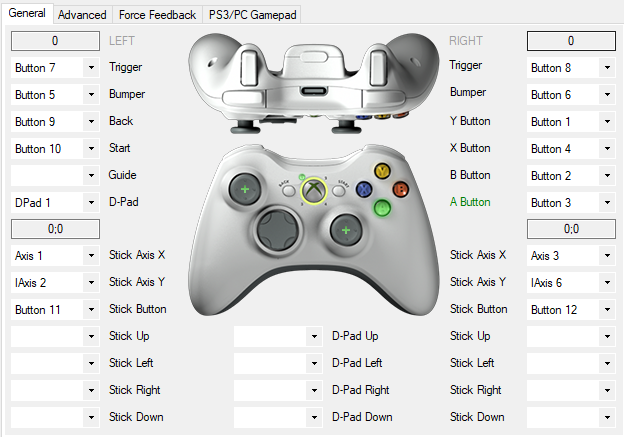 I push "A" button on my controller: the light is green, good ! I made sure that all the controllers have the same correspondence: physical A button -> A button in the emulator.

How can I solve my problem?

Note: I also checked those options in x360ce (I have read it can fix some issues sometimes) :

The x360ce.exe does not work with all games. I recommend you look for the most updated drivers you find from the controls. It has happened to me with newer drivers that take a configuration very similar to the xbox controls. You could try, maybe this solves your problem. You also have the option of looking for another emulator of controls of xbox360. The x360ce is good but it is not the only one, try with another.

x360ce is probably not going to work for games launched through Steam if you just drop it into Steam's installation directory -- it's supposed to be in the directory of the game itself so that it's xinput*.dll can be loaded and then it can use the configuration you have setup. This is because Windows can/will automatically load .dll's that are in the same folder as an executable, considering them to be included with it. Part of SafeDLLSearchMode apparently (knew this happened, but never knew what the name was, lol).

Best idea would be to setup x360ce for each game...which obviously would not be ideal, but is likely what's going to be needed.

You could try messing around in Big Picture -> Settings (gear icon) -> Controller Settings turning some of the support on/off, but it's really not likely that this will allow the program to work just by being in Steam's own directory.

There are a few alternatives to x360ce, the most notable of which to me is Durazno, which is an open-source XInput to XInput (XBox 360 controller) wrapper that lets you customize them; sounds like a slightly-weaker x360ce from that description, but it may do the trick for you.

Not the answer you're looking for? Browse other questions tagged steam controllers .

5
How do I get two gamepads to work with Monaco (or other Steam games)?
6
Problem playing NES games on an Emulator
4
Controllers not working for Mac Games
5
How can I Override controller input when remapping the buttons?
0
Xbox One S controller (via Bluetooth to Linux) isn't binding Start or Select in Nestopia
2
Why did my Xbox One Controller stop working with Steam?
2
Best way to connect multiple controllers to a PC