Why does this production line jam? 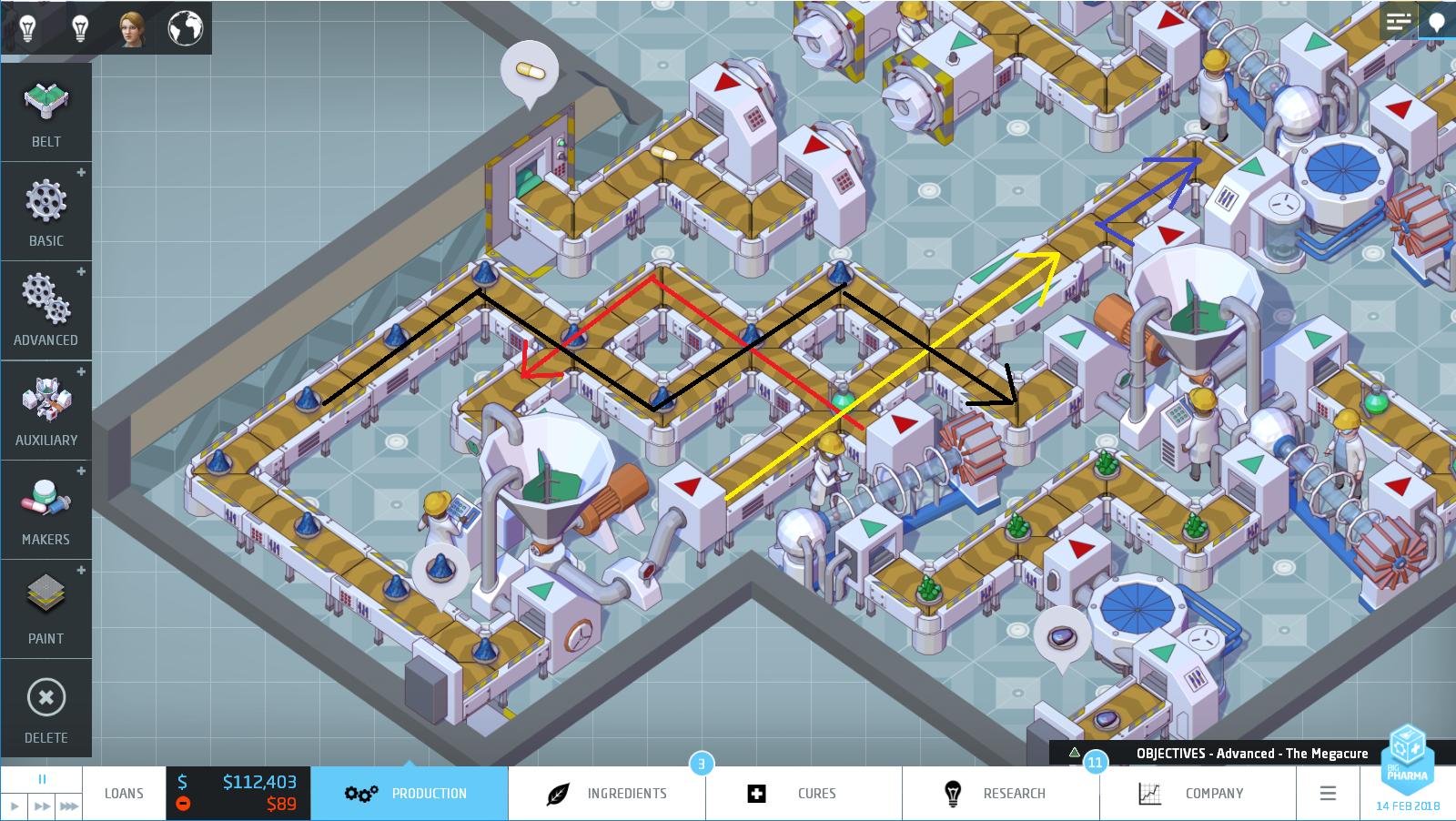 As far as I can tell, the input/output ratios are correct, and there should be no ambiguity left in the intended directions of the belts. However, this setup persistently jams up around the leftmost loop -- deleting a few products will temporarily clear the jam but it jams back up immediately.

Is there some reason this production line keeps jamming up? Is it plausible that I could get it to flow in the intended manner without modifying it (or, say, by adding more fixed belts), or do I need to fundamentally rework my floorplan here?

Simply put, your system is overdefined.

1) To flow through cross intersections, each line must have the ingredients every other space, which means the positions of the ingredients repeat every two timesteps (ticks).

So, let's list your intersections and which ingredient is present during which ticks. Intersections A,B,C,D are from left to right. Colors refer to the colors of your arrows, not the ingredient colors.

C: Even=Red, Odd=Yellow (C is where the green vial is in your screenshot)

Intersections A and B are two ticks apart, so they have to have the same items during the same ticks. On the red path, C is one tick away from B, so since red passes through B during the odd tick, it has to pass through C during the even tick. Etc.

Not the answer you're looking for? Browse other questions tagged big-pharma or ask your own question.

6
Why should I bother packing my drugs if it doesn't get them out any faster?