How can I use both my controller's analog stick and D-pad in a SNES emulator?

I was in the mood to play Chrono Trigger again and rather than put up with the disc loading times on my PS1 Final Fantasy Chronicles version, I figured I would just use an emulator.

Naturally I would prefer to use a controller rather than keyboard/mouse, so I grabbed my trusty 360 controller. Here's where things get tricky: I would like to be able to use both the analog stick (which is ideal for running around) and the D-pad (which is perfect for navigating menus) on the controller.

I tried SNES9x, and it doesn't appear to support mapping multiple buttons to the same input. I tried the latest version of bsnes/higan and it did support that feature, but my computer just isn't powerful enough to run the accuracy profile (the only profile available in current versions) without obnoxious audio problems. I tried the last version of bsnes/higan with the balanced/performance profiles (v0.98) and of course it doesn't support that feature.

Is there a performant SNES emulator that has that feature? Alternately is there a free & reliable utility that will help me achieve this functionality?

Joy2Key allows you to map joypad buttons to keyboard keys and older versions (version 3.7.4 is what I have on my PC) are free.

Thanks to Chippie's advice to use JoyToKey, I was able to get SNES9x to accept input from my 360 controller's left analog stick and D-pad.

To help others, here are the JoyToKey settings I used: 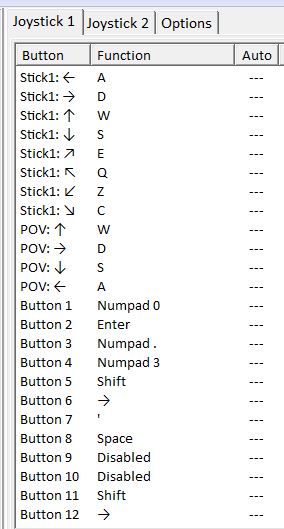 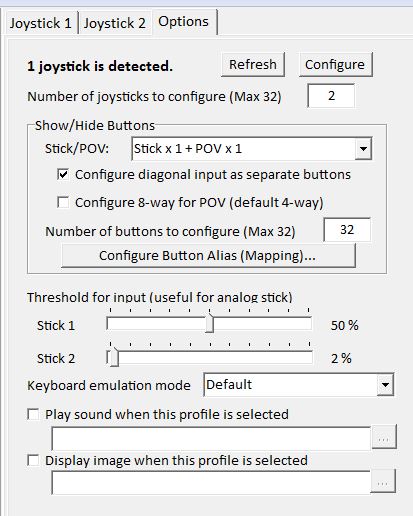 And here is my SNES9x controller settings: 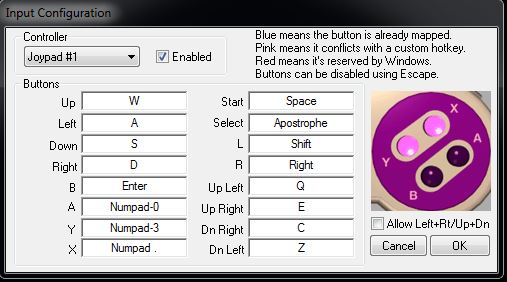 Not the answer you're looking for? Browse other questions tagged controllers emulation .

9
How can you use an Xbox 360 controller with Portal on a Mac?
15
Can I run an SNES emulator without it having input focus?
2
What lubricant does Sony use for the PS3 analog stick?
1
Does the Steam Controller have a button to switch D-Pad and Analog Stick?
1
Can I use my Xbox One controller to play the PC versions of the Mass Effect games?
2
Does Super Mario 3D All-Stars fully emulate the GameCube analog trigger?