Could two packs spawn in the exact same block within seconds?

Long story short, I am mining a huge area, and was just putting all of my items in a chest. I turned around and saw this. 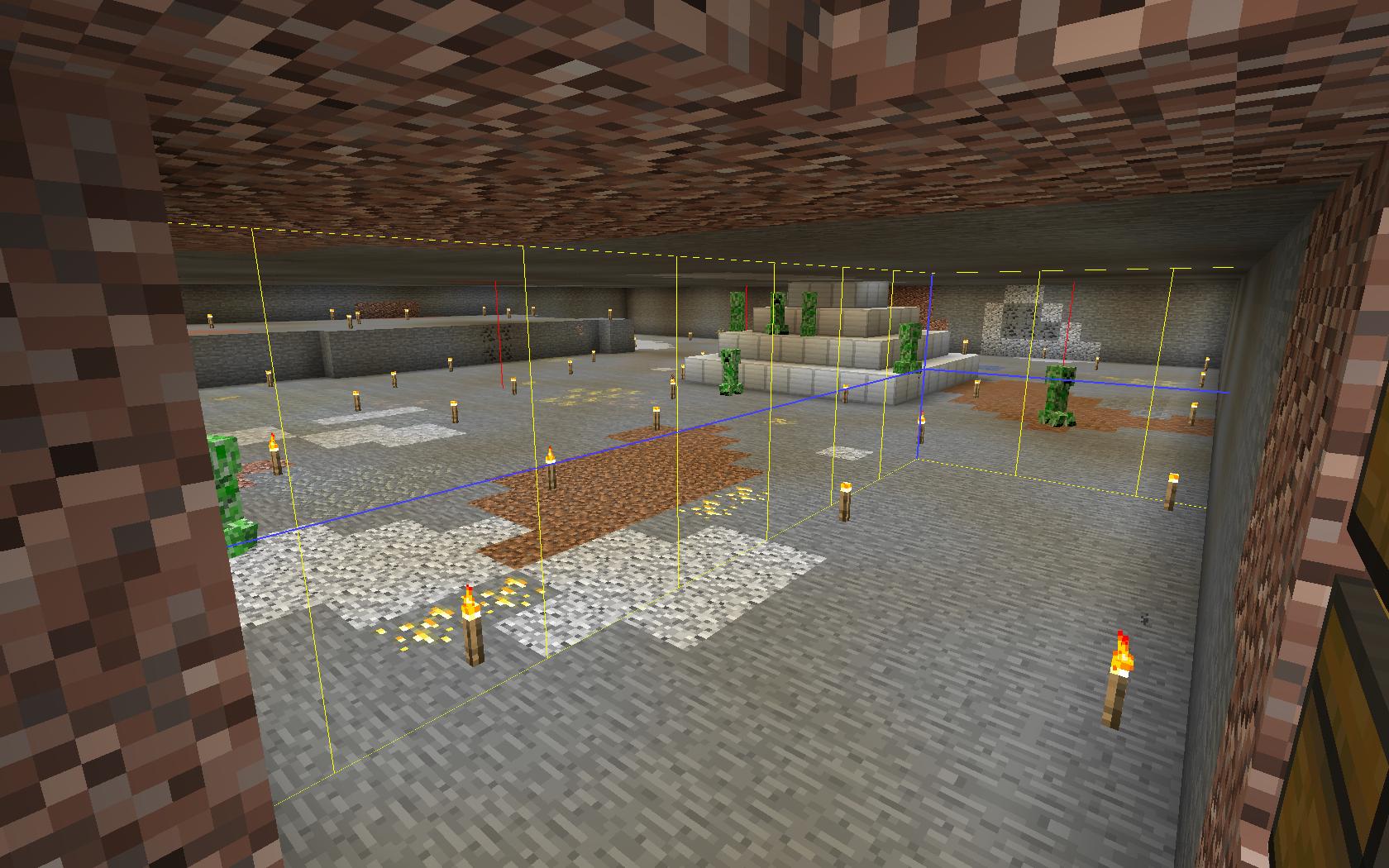 There are eight total creepers in the photo. (One is really hard to spot. See if you can spot them all!) Two total blocks were unlit, however the other one is not near where the creepers were. I have read about pack spawning, but could two packs spawn in the exact same block within seconds? What exactly happened here? (Note: I have not gone cave lighting)

A mob (usually) can't spawn in a block that's already occupied by another mob, but since pack spawning spreads the mobs a bit, two packs can spawn in the same origin block, if the mobs have different offset from it. I'm pretty sure this can even happen within one game tick (1/20 second), because there are multiple spawning attempts per tick.

The same can technically also happen with ore generation, but it's hard to see, because it looks the same as when the second ore vein gets generated one block to the side.

In your case, it doesn't necessarily mean that the pack spawning algorithm started in the same block, it could also have been just pretty close together.

9
Do all players spawn on the same block in SMP?
61
All the contents of my shelter exploded, killing me and leaving my shelter virtually unscathed. How could this happen?
6
Do mobs spawn in the same location for every seed in Minecraft?
7
Can Minecraft be played by two players locally on the same account?
4
Why do two different portals drop me into the exact same Nether coordinates?
7
Can two servers run on the same machine?
4
What is the exact spawning area of an iron golem within a village?