There's a computer game called Captive, it was published in 1992 and I'm trying to run it on DosBox. Can see i being played here:

I download the game, unzip it to a folder. Then I run dosbox and mount that folder, type c: and run the game with the captive.bat command.

The problem is that the game tends to freeze a lot. And then I need to restart the computer completely because when I log out of DosBox it has messed up the graphics resolution.

Another thing is that the mouse cursor blinks wildly while playing, and its really annoying. I think that has something to do with the speed setting as the blinking speed decreases as I slow the speed. Its still blinking annoyingly though, which it doesn't do in the original.

The freezing seems to have something to do with the sound. if i play it soundless it doesnt freeze nearly as much. Its still a major problem though as 1.its soundless. 2.its freezing.

How does one go about running this game?
I'm not really confined to using DosBox. Whatever works. If it makes any difference then i'm running on Linux.

I find that the blinking cursor issue goes away when you choose EGA instead of VGA as the game is starting ("Please select your video mode" > 2). The game also feels a lot smoother. I'm not sure how frequent your freezing was, but I didn't see any freezing in either mode in the ~10 minutes I was in the game. However, since EGA was a lot smoother, it may fix the freezing as well.

I tested this on a windows machine, as well as a browser - based dosbox (here), so I can't say for sure what effect Linux will have. But if the freezing still crashes in the installed version of dosbox, I'd recommend you try the online version.

P.S. - I selected option 1 (Sound Blaster) for both sound questions at startup.

EDIT: Adding screenshots in VGA and EGA to compare. VGA 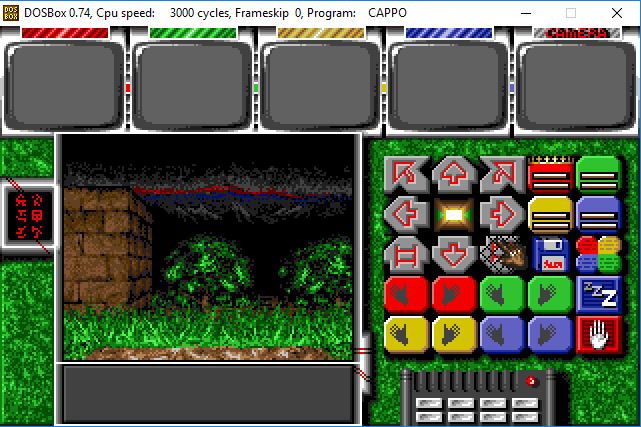 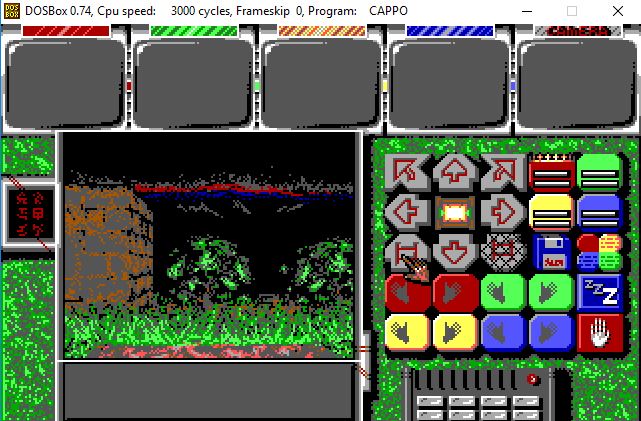 Not the answer you're looking for? Browse other questions tagged technical-issues dosbox captive or ask your own question.

9
Is there any way to turn a DOS game that runs in DOSBOX into an .EXE file that will run effortlessly?
0
Dungeon Crawl crashed. Now my saved game won't load. How can I make it load?
2
This program is running low on memory
0
Random slowdowns at random intervals of gameplay. How do I stop these?
1
Issues with some games stuttering on 4TB hard drive
2
CiV crashes on a newer, high-end system
5
Saving on DOSBox