Do silver crowns count towards the giant crown trophies?

There's a handful of trophies for hunting giant and miniature monsters-- one, ten, and "almost every monster". 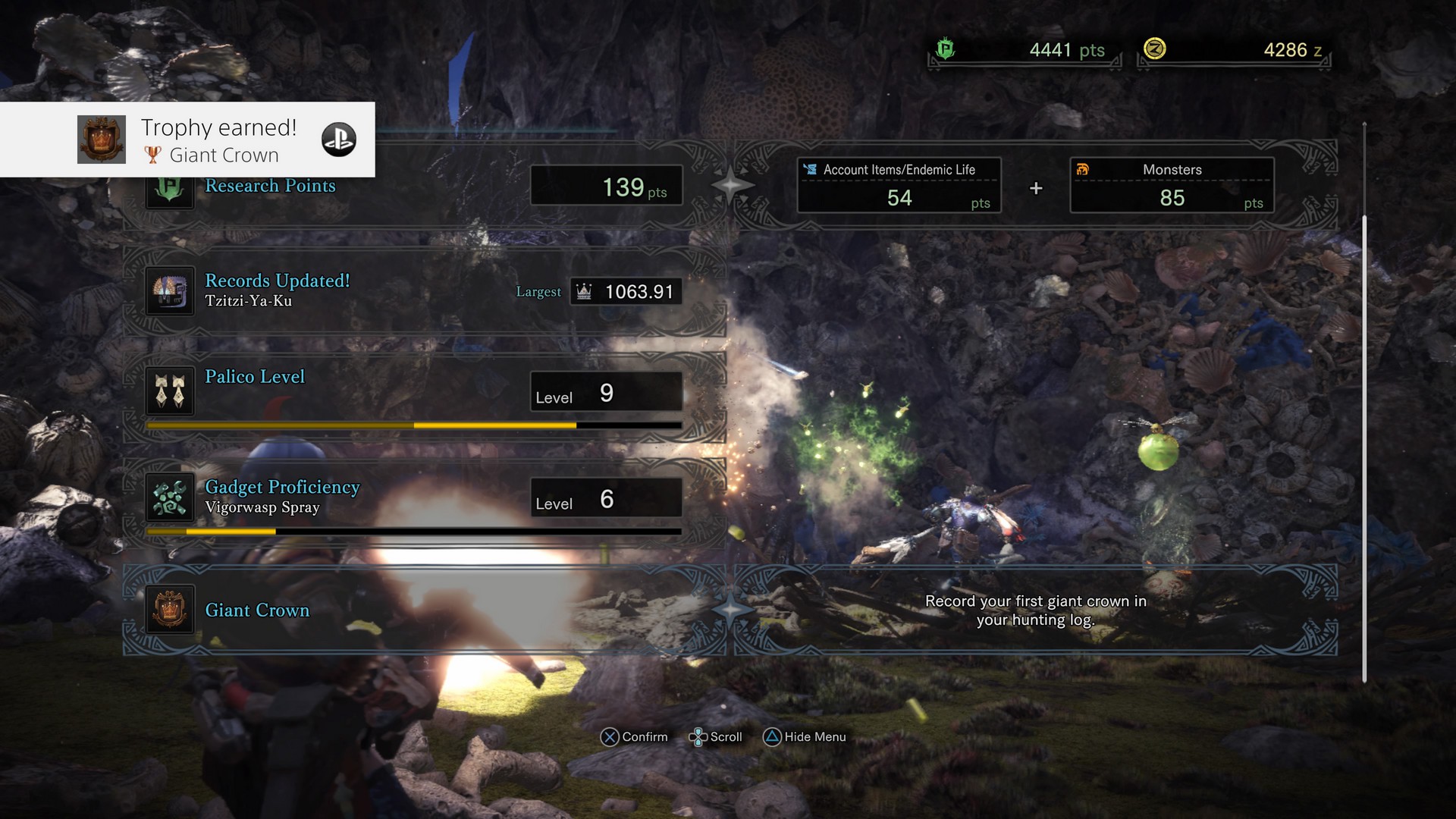 According to multiple places, the first trophy for the giant crowns is the only one that can be unlocked by hunting a silver giant crown monster. The other two trophies require the giant crown to be gold.

You can see this yourself if you change list language to Japanese on PSNP then use google translate on the page. It appears whoever translated the list to English omitted the part that includes the distinction on what crowns are required for each trophy. Bronze Giant Crown trophy specifies it pops from your first silver or above (gold) crown, but the silver (if google translate worked properly) and gold trophies specify gold crowns are required.

Not the answer you're looking for? Browse other questions tagged achievements monster-hunter-world .