This object is found in Barilzar’s Tower in the Morrowind expansion to Elder Scrolls Online. Barilzar is a highly intelligent Dunmer wizard.

From the looks of it, it appears to be a fantasy equivalent to a cribbage board. I liken it to the “space chess” they had Spock playing on old Star Trek episodes.

I have not found lore in Barilzar’s stuff on what this item might be, but often Bethesda designers are very subtle and hide clues like this in far away places. For example, it would not surprise me to later find some note from Barilzar in another wizard’s tower mentioning losing a game of dark elf cribbage or something similar. The designers have done this hundreds of times.

Has anyone found lore explaining this thing? Dare I even hope for actual rules to Dunmer cribbage? 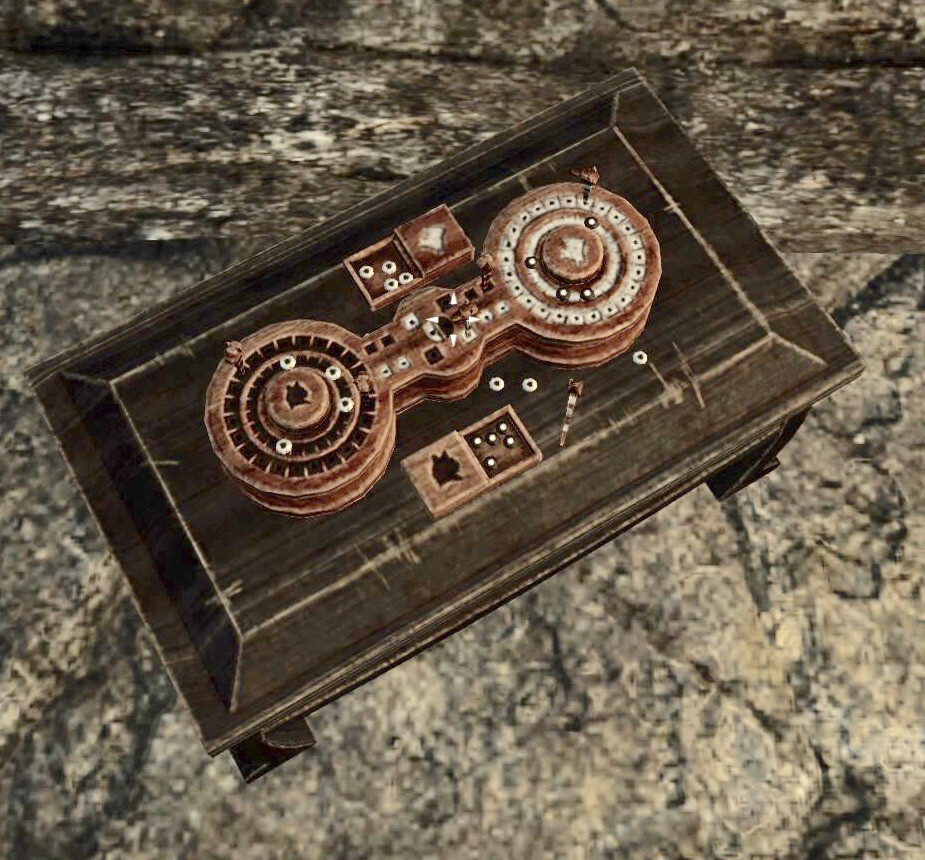 UPDATE: I found another of these things (possibly a board game) in Menaldinion’s clinic in Suran (Vvardenfel zone). His personality is similar to Barilzar as they are both haughty intellectuals. Perhaps this is a pastime of these types of people? The screen shot from his place is at a different angle. 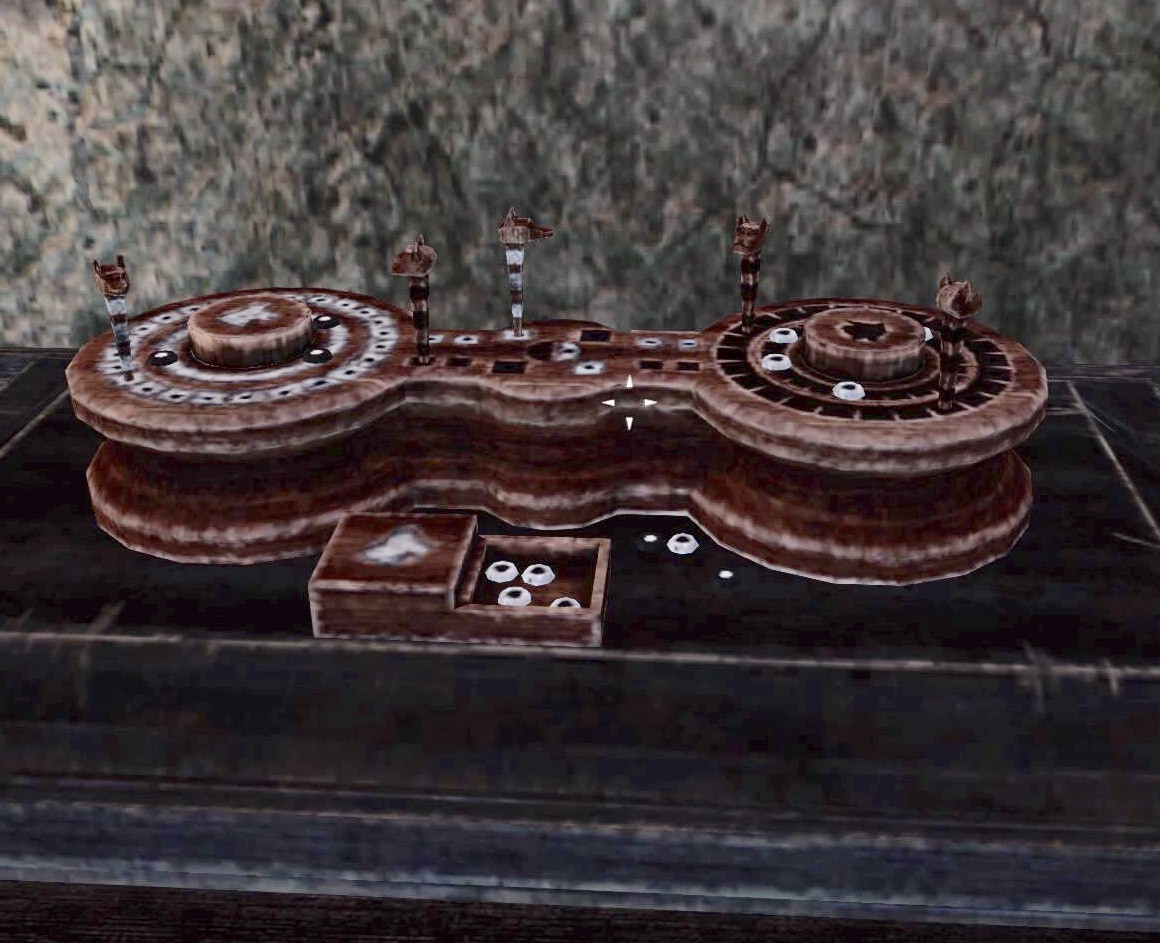 This is the game Foxes and Felines. You can create it yourself if you purchase the blueprint Blueprint: Hlaalu Gaming Table, “Foxes & Felines” from Rolis Hlaalu, Mastercraft Mediator.

Unfortunately there are no known rules to this game.

As mentioned by Paul, the game's in-character/in-lore name is Foxes and Felines and for me it bears a striking resemblance to the real-world game Hounds and Jackals, although it's important to note that this might not be the original name and most information about it was lost.

The resemblance is really striking, when you compare the in-game representation to this photo from Wikipedia: 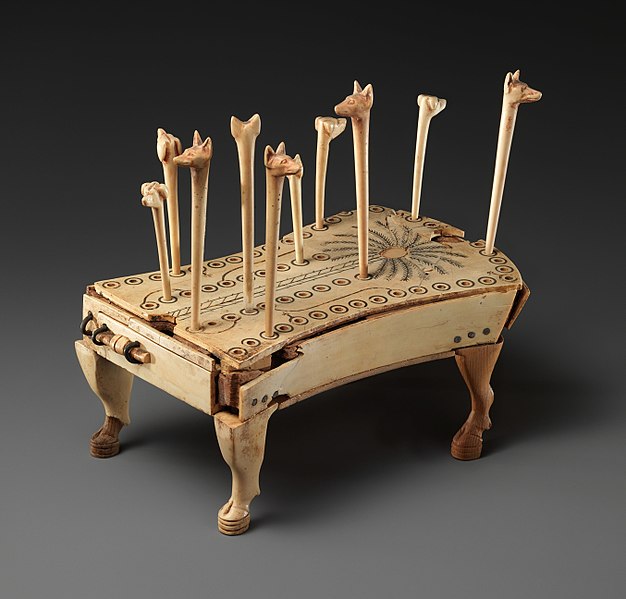 While the board layout is different, the resemblance is striking:

Although the rules are probably different, since there also the stones/tokens.

Not the answer you're looking for? Browse other questions tagged the-elder-scrolls-online .

10
What are my advantages if I deposit gold on my personal bank?
4
What are the "certain objects" whose visibility is determined by the "view distance" setting?
0
What are the DLCs?
1
What are the limitations of fighting in a guest campaign?
1
ESO - What is this skill
0
How are skills and abilities leveled up?
2
What drops to keep - endgame
3
ESO basic game: what are the regions I can't access?
1
Are lockpicks in ESO one-use only?