How do I know how many more defenders are there in a city?

I've encountered something pretty bizarre in Civilization 6. It could even be a bug.

I surrounded a city with a really large number of archers. I pounded the city until both the progress bars at the top of the city turned empty.

All attacks on the city now show "Total city damage" as the predicted outcome of the battle before I launch the attack. 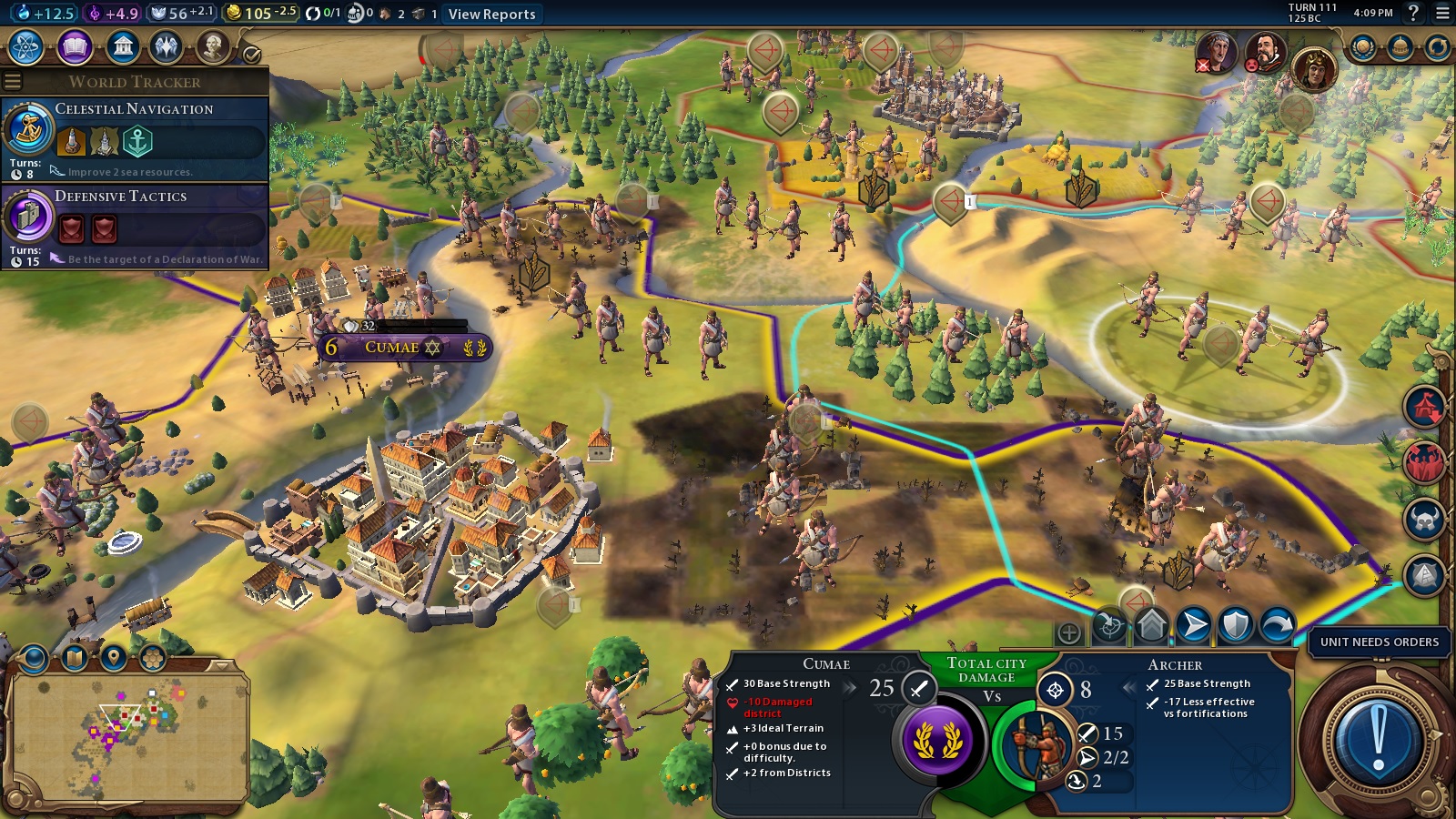 Yet, despite hitting the city with 10+ attacks every turn and each attack killing a defender, there still seem to be more defenders inside the city. 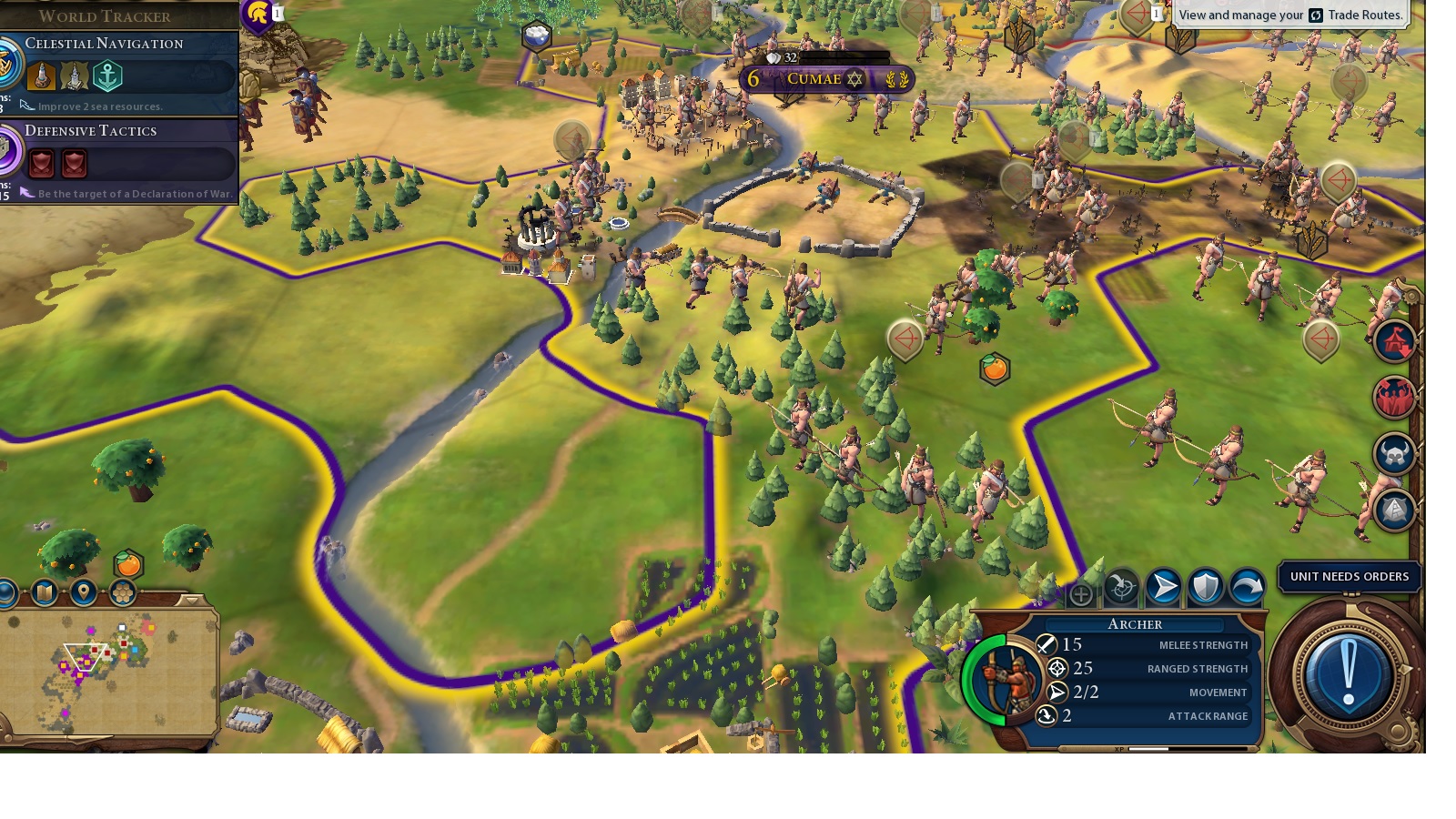 Am I missing something or is this a bug?

As far as I'm aware you can't take a city with ranged units, so they are probably just wasting their attacks at this point.

Cities do also heal (about 10 to 20 points a turn) each turn so in between your attacks the city is probably recovering.

You'll need to bring a non ranged unit in to make an attack, at which point they should take the city.

11
how many tiles from city can be worked?
2
Is there a limit to how many nukes I can have?
5
How to know when trade agreements expire?
42
Are there any consequences of placing a city on a resource?
2
What determines how many amenities a city needs?
3
Can you add housing by working tiles more than 3 tiles from your city center?
5
How do I know how many hammers I will get from chopping down a forest?
2
which buildings are damaged when you capture a city?
5
City State Bonuses - where can I see if they are applied?
12
How did I lose a city?