Are there alternative outcomes for this alley scuffle?

I've been revisiting Dishonored, and I am trying to see if there are different choices or results in some NPC scenarios. One such scenario would be the alley to the left of Clavering Boulevard in the High Overseer Campbell mission within the Distillery District.

In the alley, there are three thugs, two of which are arguing over how shares of loot are being split. I thought that I would try to defend one of them to see if I would be rewarded in some way, or if one of them would thank me and be on their way. I have defended both "sides" of this fight, but I always end up being attacked.

If there is a means of being thanked or rewarded, then I believe I am missing something else here. Are there any other outcomes, or can something come from saving one of the thugs? 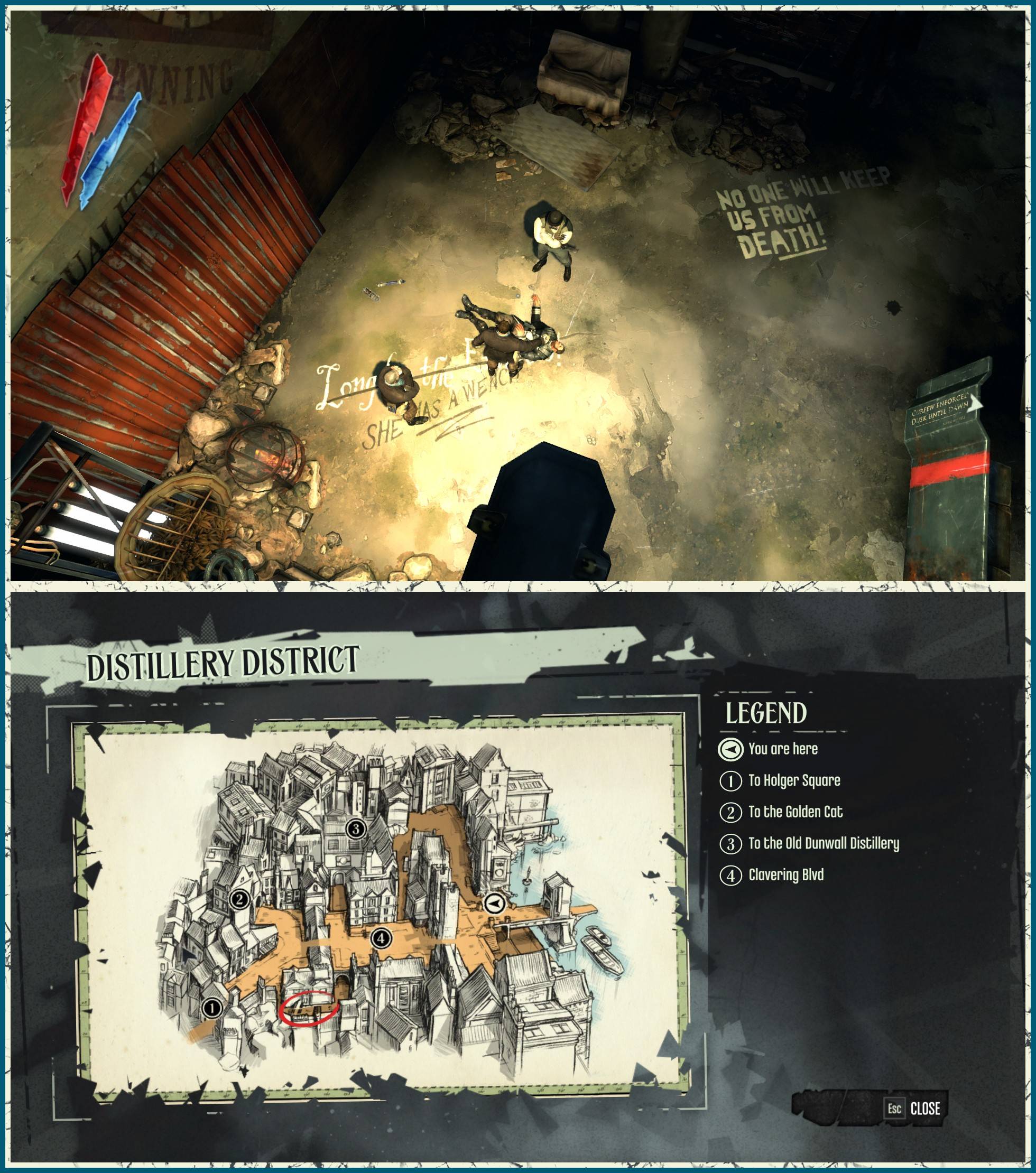 It has been a while since I played Dishonored, but I remember this scenario, and also spent some time (20 ish attempts) trying to befriend some or all of these thugs. As far as I can tell it is not possible. It seems however you approach the situation, they become aggressive as soon as they know you're there.

I could be wrong of course, but I don't think theres any other way for this to play out

5
Where are all of the Sokolov paintings for “Art Dealer”?
7
Is there a way to increase the ammo capacity for Sleep Darts?
9
Are there any side effects to drinking alcohol?
9
Which NPCs are considered hostiles, and which are considered civilians? Also, does killing a civilian add more chaos compared to killing a hostile?
0
Is there anything near the rune in the water at Lady Boyle's Last Party?
20
What are the consquences of poisoning the Bottle Street Gang's elixir for the Gentleman Callers quest?
8
Are there benefits for achieving max chaos?
3
how do I get rid of the message “Warning: you are leaving the hide and seek area”?
5
Are there any unique reasons for hostile deaths in mission 7?