What does this map mean?

While messing around in the Plains of Eidolon, me and my squad came across this: 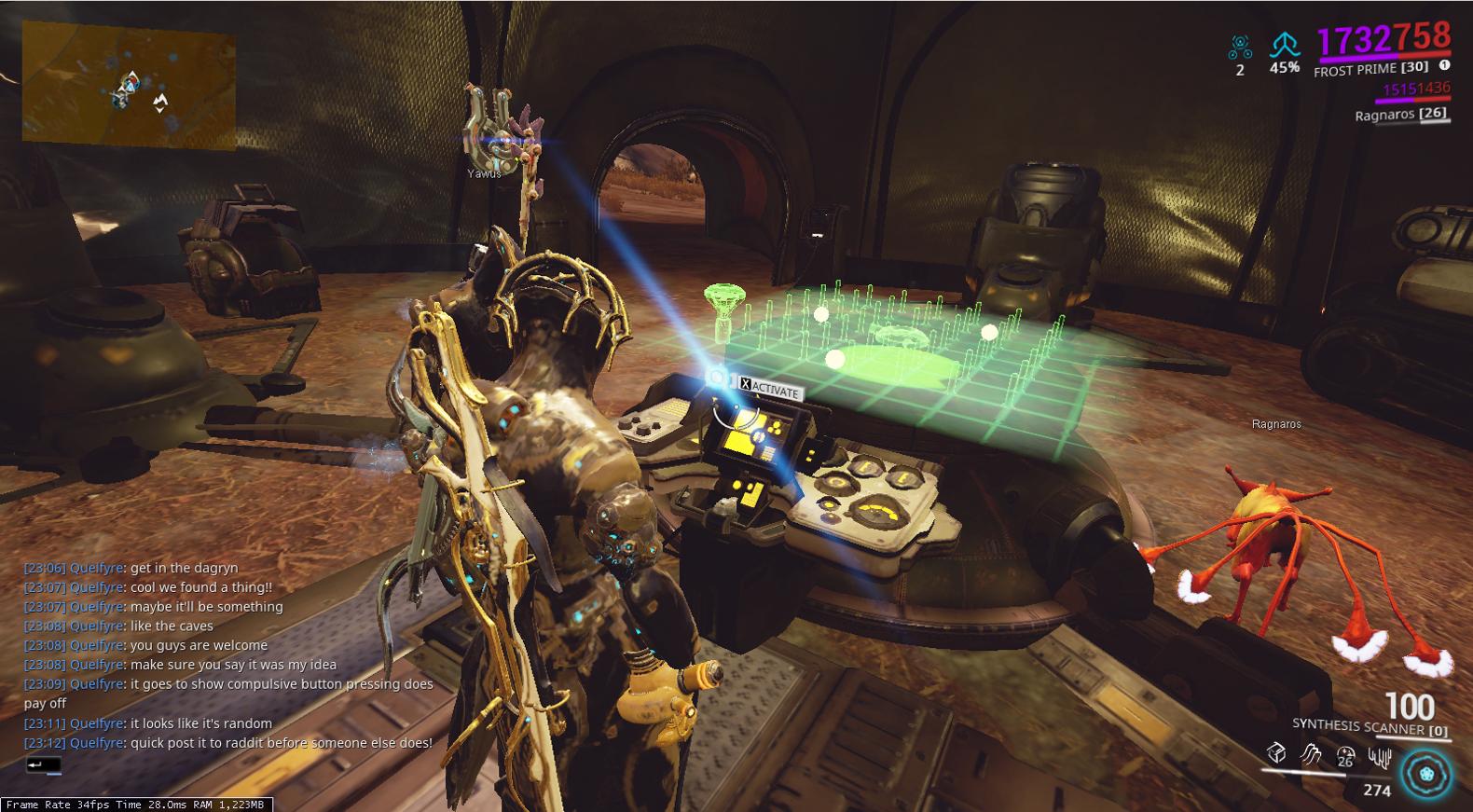 Activating the console caused some machinery around the room to rumble for a few moments and made one of the 3 little white balls on the map blink (a different one each time).

Outside this hut, there is a grid system of poles and wires connecting them, so we were able to determine that the white balls seemed to correlate to large piles of dirt where the Grineer appear to have been digging. These dirt piles also had a strange red look to them when viewed from the air.

However, we were unable to find any difference between the dirt pile whose white ball had blinked and the ones who hadn't. We even tried looking around with the synthesis scanner in case there was a hidden entity it could reveal, but found nothing.

Is that it? Is there something in the dirt? What does the map mean? What does activating this console ultimately lead to?

From the Warframe wiki:

Inside the circular command tent, a holographic map of the immediate area can be found. Activating the switch next to the map will highlight one of three possible locations with a glowing dot on the map, and will deploy an automated mining explosive (similar to a Dreg) from the tent to that location. When it reaches its target, the explosive drone will detonate, revealing fossilized Sentient wreckage and some random assorted resources or Credits.

More information can be found here.

Not the answer you're looking for? Browse other questions tagged warframe .

3
What bonus does elemental and armor piercing damage give?
2
Can I view the whole map?
1
What does the Spare Parts mod do?
3
What is channeling efficiency, and what does it do?
4
What does ranking up Investigator improve?
2
What do the alphabetical Orokin Void mission types mean?
0
What do the icons on the glyphs mean?
9
What is the meaning of this small symbol on my mod card?
4
What does hacking these consoles do?
4
What do white numbers with blue background mean?