What is this hash/checksum number in the top left corner in fortnite?

I'm watching a live stream where a guy is playing Fortnite, and there is some kind of hash or checksum vaguely visible in the top left corner (circled in red): 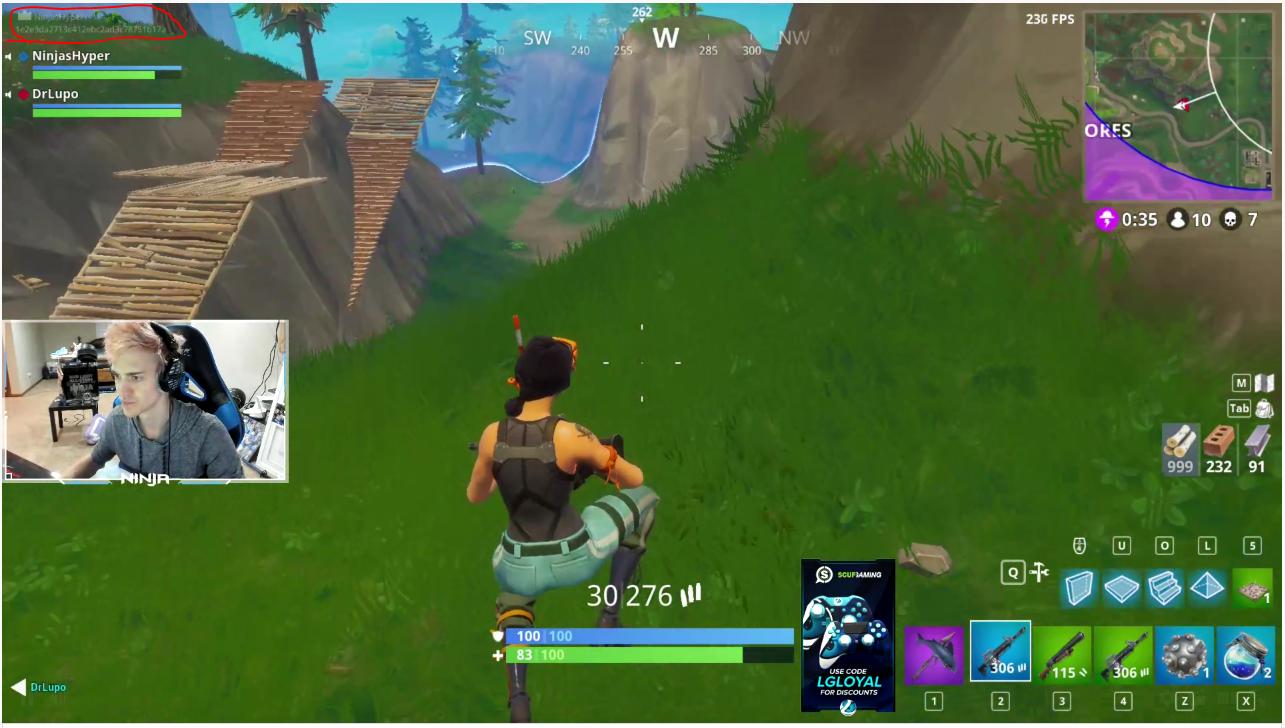 Here is a close up (sorry it's not the best resolution):

A quick google search for what this is yields me nothing.

I can also remember this code showing up in videos of other people playing Fortnite (for instance in this video). So this seems to be a feature of Fortnite. I don't actually play the game myself, so I've only run into this when watching other people.

I guess this is some kind of security feature? But what exactly is it, and what is it used for?

I've known about games using checksums before, but I can't think of a reason why it would need to be on screen the whole time.

From what I understand, these watermarks generally show up in Alpha/Beta/Early Access games.

Generally, they all have a similar format, consisting of some sort of unique identifying number; often along with the game name, the beta version, and your username.

There can be multiple uses for this.

Bugs/Information - The watermark can provide build information, and perhaps other information about what program version is running. This can make troubleshooting a lot easier when provided with a screenshot of an issue.

NDA/Privacy - Some games initially release under non-disclosure agreements and have very strict rules about sharing game information outside of approved channels. By including watermarks; you can mitigate the ability for people to leak content that you don't want released. It becomes easier to track down who released it (they might have more subtle ways too, but this lets the user know they can find you).

Based on the fact that most full-release games I've seen opt to not include this, I would think these are the two primary reasons.

I considered it as advertising the game and watermarking screenshots to be a third reason; but anyone who wants to steal your content could easily cut that part of the image out. I think that's a fairly unlikely motivation.

It's the match ID.

Every player in a match will have the same match ID.

If you and a friend end up in a match with the same ID, that means that you'll be able to interact with each other (ie. same match ID in Solo means your friend will be able to see you and interact with you as an enemy, as opposed in Duos/Squads/Team Rumble where they will be a teammate if they joined your party.)

I presume this is used by Epic Games to help identify cheaters as the ID is in every screenshot and as a result, they will be able to trace back in which specific match a certain screenshot happened (and subsequently verify the situation).