How can I motivate my ally to leave home?

In my ongoing Skaven campaign of world dominance I managed to make a really good military ally out of Clan Mors. They have strong armies, reinforced towns, and are in a great position to really wreak havoc among the faction we are currently at war with.

I have just one big problem though: They utterly refuse to move.

Clan Mors's leader, Queek, is currently sitting with 3 full army stacks, multiple heroes, and a DOOOM engineer all in a single settlement far out of the way of everything.

I've tried quite a few things to get them to get going including setting a coordination target, boosting their economy with some gold, and having an actual threat they had to deal with (they took a turn to kill it before going back), but they remain stubborn. 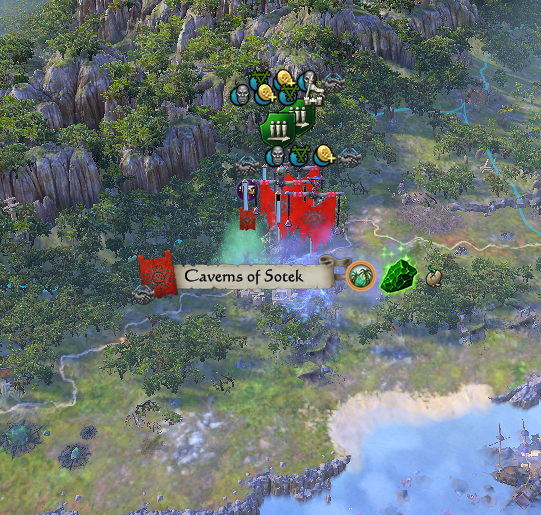 I was really hoping for them to start taking settlements/colonizing the ruins I purposely left for them but no luck so far.

How can I get my ally to move from this one settlement?

Update on Issue: They are not completely stagnant apparently, they keep doing the rite to produce more and more DOOOM Engineers and sending them to the Caverns. I am now afraid they may blow up the moon.

First rule of Warhammer: Do not bother with alliances unless you can confederate the ally eventually.

Alliances themselves are more a liability than useful. You can get dragged into wars you don't want, the ally may outlive their usefulness and you have a knife in your back, you can't attack for many turns or have to tank your reliability rating. Never ever go further than trade agreement and non-aggression pact with any AI you cannot confederate.

Allies themselves are also very unreliable. Whether your particular situation is a bug or Clan Mors simply has no interest in moving their armies at this time remains a mystery. Coordinating war targets is nothing more than a suggestion for the AI, whether they follow it is up to them.

Do they share a border with the faction you are at war at? If not, this makes it very unlikely they'll bother to engage them.

So, long story short, you cannot motivate your ally to do what you want, they'll do what they want.

One way to get your allies to utilize their armies is to give them a War Target through the diplomacy menu. The War Targets can be either an enemy settlement or an enemy Army. Once you've given your ally either command they should send out an army to attack the target.

Not the answer you're looking for? Browse other questions tagged warhammer-ii-total-war .

2
Total War: Warhammer II, Can every faction win the vortex race?
2
Can all players utilize DLC content in custom battles/Mortal Empires if only one player has it?
4
Can I get my allies' plaques?
4
How do you thwart Malekith as Skaven?
1
Can I confederate with factions in an existing campaign after buying the required DLC?
0
How to get around Malus Darkblade unit replenishment penalty?