How to make color changing lights with playerheads in minecraft?

So i basically want a command that will make this Yellow Stage Light repeatedly, forever, turn into this Blue Stage Light going back and forth between them

I already have a circuit built at the moment that works as far as triggering command blocks when i need them to be, but the command itself what eludes me. 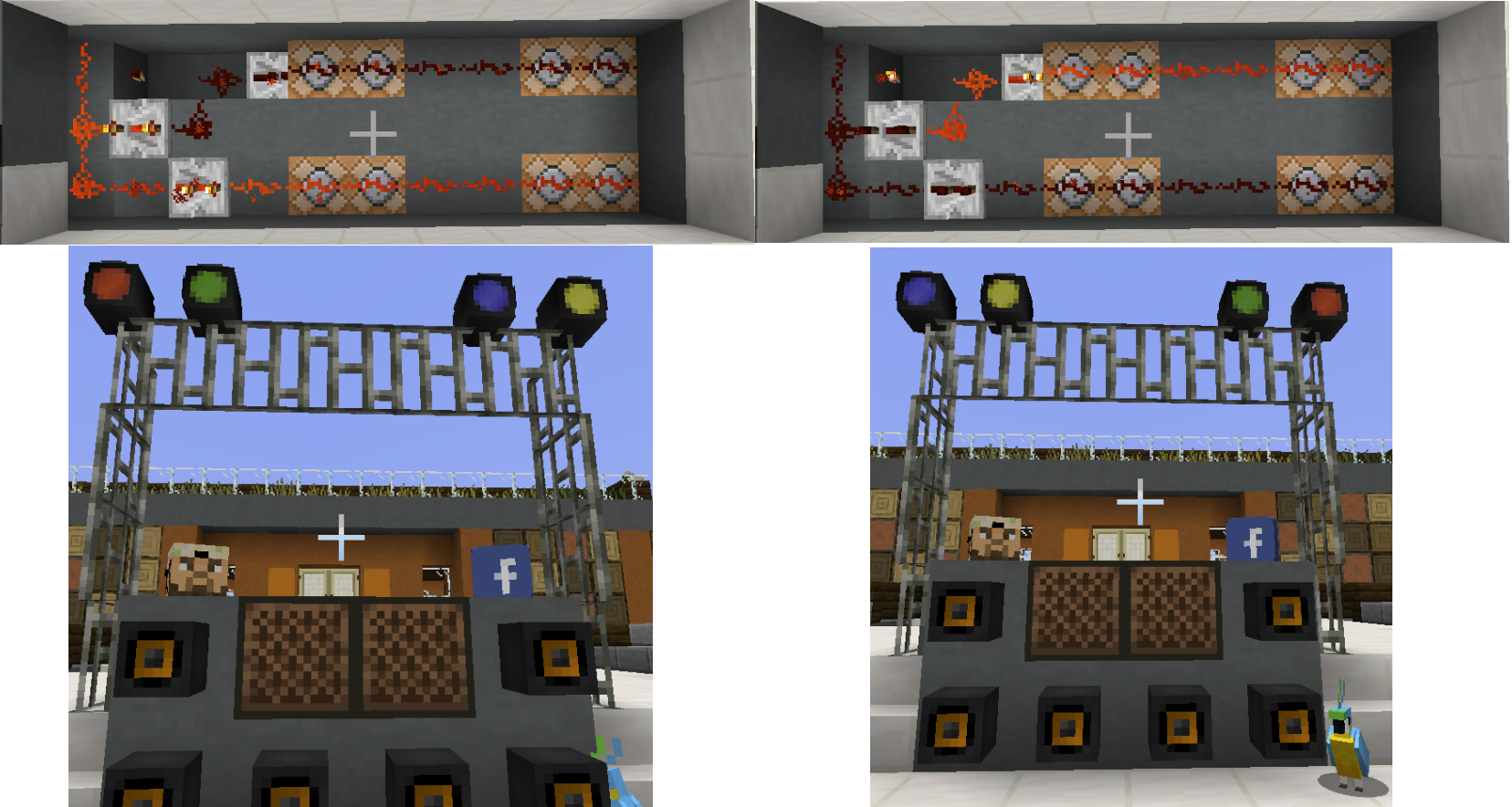 also, i want it spawning at ~ ~7 ~-6 from the command block. every second, the block will be replaced again with another command, using the same player heads in reverse order.

You can use the /setblock command to achieve this as it takes NBT tags as an argument.

Also, note that if you are using relative commands, you should note that that "relative" position changes as each command block steps since you can't have more than one command block in a single block.

If you want the solution:

Where x and y is another relative position. So if your second command block is two blocks east, than you would want to want the Y-coordinate increased by 2, etc.

Just two possible causes I could think off the top of my mind.

7
How to make flashing lights in Minecraft with repeaters?
1
Minecraft offline name changing mac WIth MCPatcher
4
How do I create a redstone circuit whose output depends on it's previous input?
2
How do I make the scoreboard show in color?
5
How to color sign text in Minecraft
3
How do I detect a wool block with a color?
2
Minecraft Color Codes Problem (1.9)
1
How to make a beacon beam change color?