Do you travel faster on Inkrails while in squid form?

On certain maps in singleplayer and multiplayer, there are Inkrails you can grind on in either squid form or human form.

Adding to Peregrine's answer, one of Marie's in-game tips for Octo-Valley confirms there is no speed difference when riding on ride rails in squid or kid form. 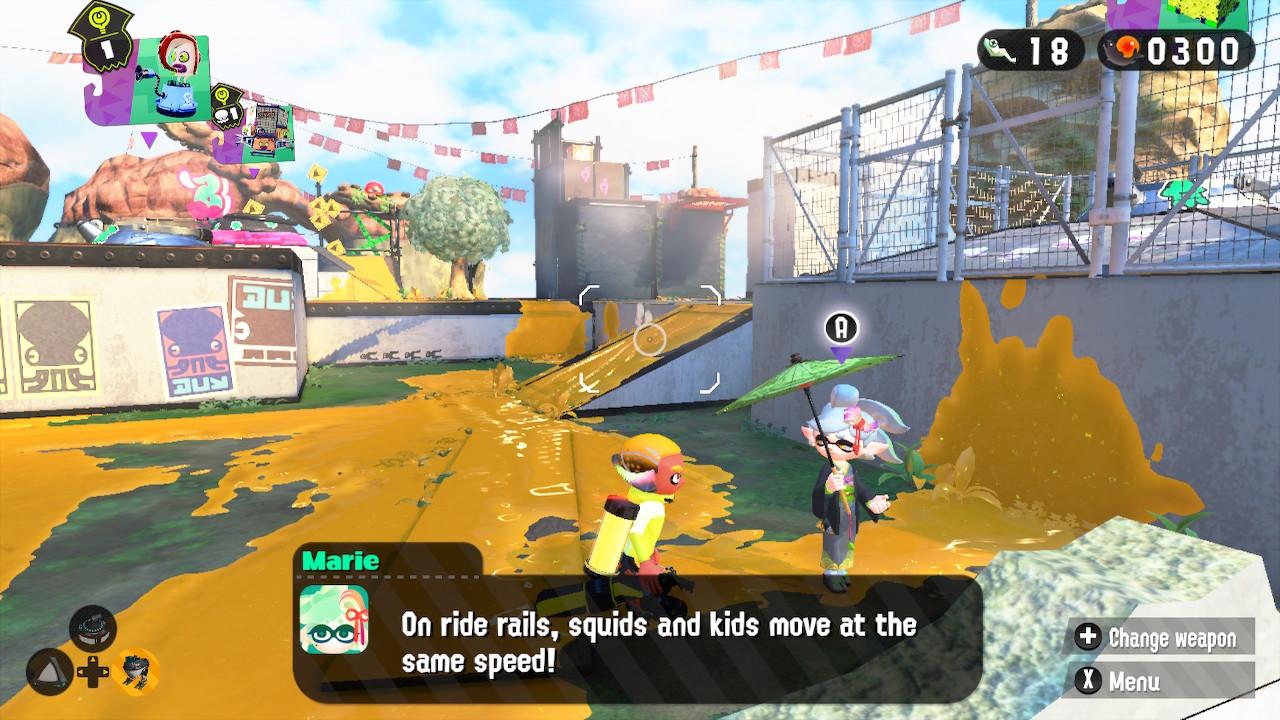 As far as I can tell, there's no difference. The only inkrails in Splatoon 2 are on the multiplayer maps. An important thing to note is that one can only travel along inkrails in squid form. The image that you have is from Splatoon's single-player campaign.

Now I do realize that you probably are actually asking about ride rails, which are found only in Splatoon 2's single-player campaign.

I timed the time it took to go along the ride rail in level 23 that goes around all the pillars at the start.

In kid form, it took around 11.23 seconds. In squid form, it took approximately 11.25 seconds. This is a small enough difference to just be caused by minute errors with starting and stopping. This suggests that there's no difference as to how one travels along a ride rail.

So, to reiterate, inkrails can only be traveled along in squid form, and there's no difference between the forms on ride rails.

Not the answer you're looking for? Browse other questions tagged splatoon-2 .

8
How do you get the Salmon Run prizes in Splatoon 2?
7
What are the different events that can happen on a Salmon Run Map?
13
Is Marina an Octoling? If so, how can she be part of Inkling society?
2
How do you roll dodge with the dual Guns?
3
Hiding as a Ninja Squid
10
Do people influence how fast the tower goes?
3
How do I play "Splattack!" in Squid beats 2?
4
How do you get +150% experience tickets?
1
When is it possible to play the Salmon Run on online mode?
2
How do you know how many Super Sea Snails you have?