During the Making History Expansion mission To the Mun via Minmus, I run out of energy even with the probe in Hibernate and both RTC + SAS off.

Is there a way to make the probe stop using any energy?

Since the probe is pre-built and we can't install solar panels to it, I don't know what to do.

Here is a picture of the probe almost flying by Minmun with enough fuel to enter orbit but not enough energy.

NOTE: I think the antenna not connected to the Kerbin is because the probe ran out of energy. 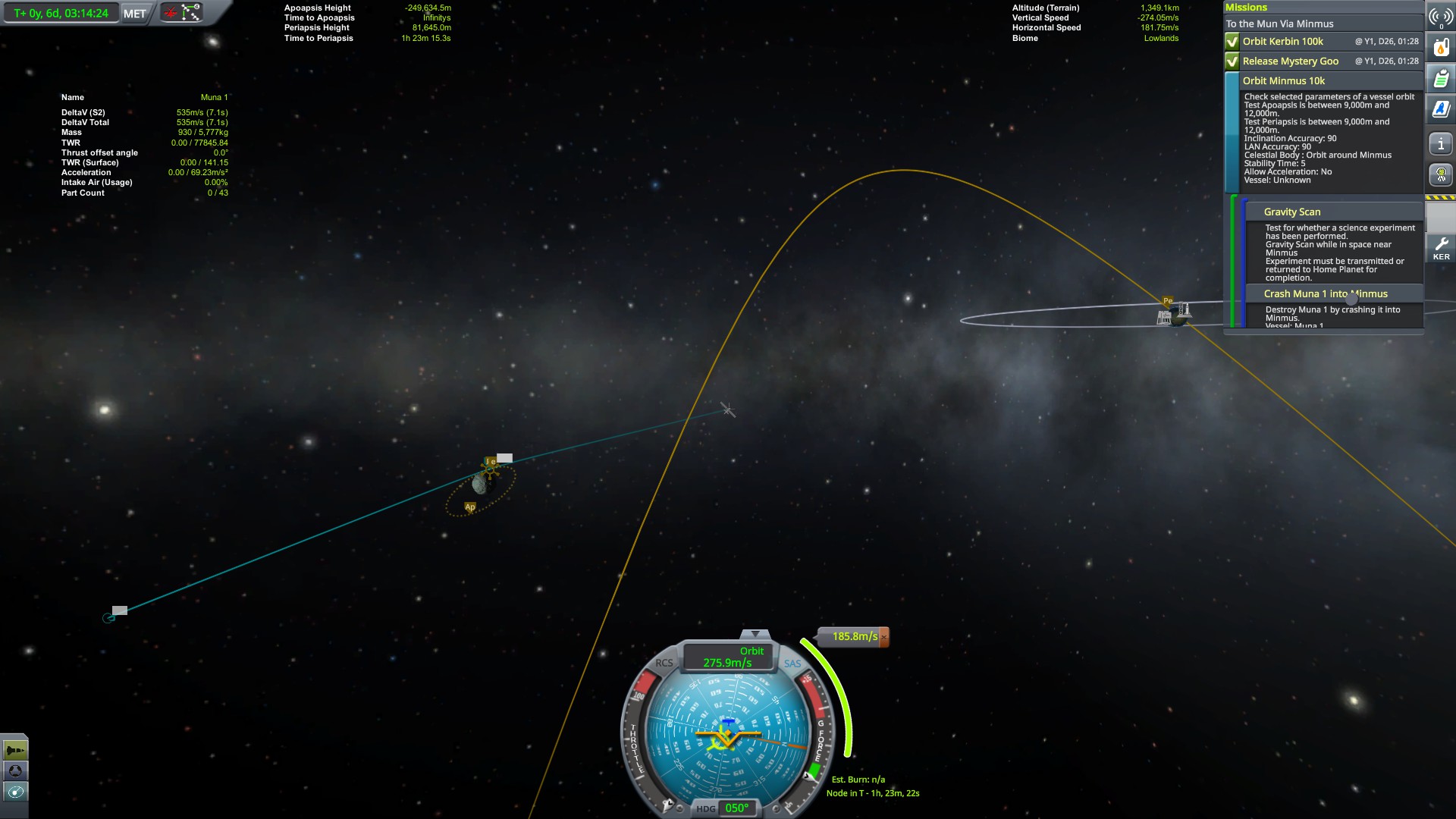 According to this Reddit thread, the pre-built probe for this mission has two probe cores: the obvious Stayputnik core on the top, and a second HECS(?) core hidden between the monoprop tanks and the batteries: 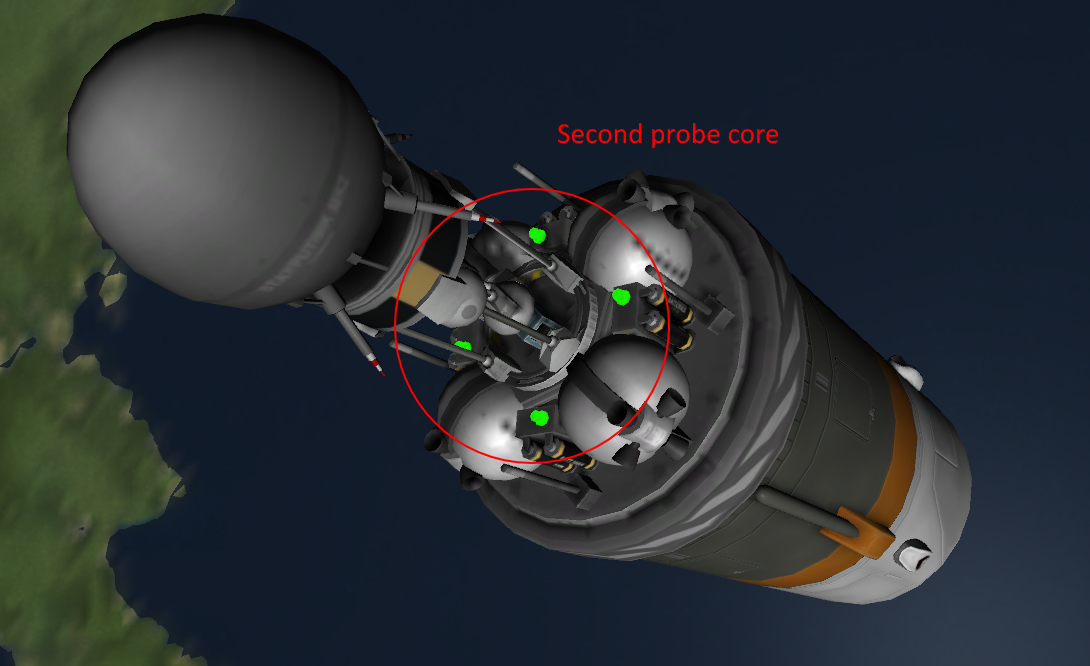 To stop the power from draining too fast, you'll have to hibernate both of these probe cores.

(Ps. I'm marking this answer as Community Wiki, since I don't really feel justified in taking credit for just quoting someone else's answer from another site. I can't even really test this myself, since I don't have the expansion. The screenshot does appear to confirm the existence of the second probe core if you look closely, though.)

(Pps. There's another Reddit thread that says the same thing, and notes a few other issues with the mission as well.)

NOTE: Here is the image showing the HECS that you need to hibernate. It is located below the GRAVMAX Negative Gravioli Detector. This image was taken on the land site before launching: 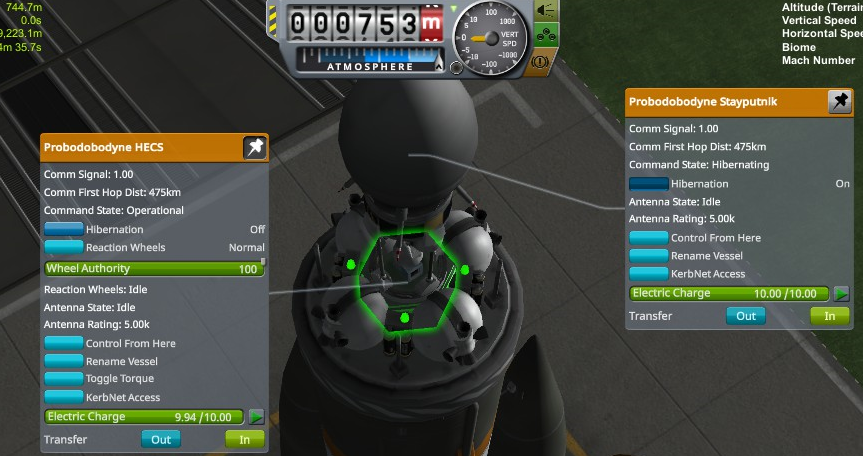 4
When should I start a trans-munar or trans-minmus injection burn?
8
Getting to Gilly and back
22
What Science can I perform on and near Kerbin?
4
Why has my Command Module's orbit not decayed?
11
Do Kerbals die of natural causes?
5
Kerbal Space Program: Gigantor XL solar arrays wobbling heavily on Space Station (no mods)
3
Efficient solar panel placing strategy
2
Maintaining control during probe atmospheric landing with RemoteTech
5
Mounting a time-limited rescue mission for kerbal inbound to Kerbin
6
How to control a rocket?