What are the possible Mann Manor gifts spawn places?

So I've been playing on a couple 24/7 Mann Manor servers (I know!) to get some of the ghostchievements and scarechievements I missed from previous years.

I got the pumpkin hat, the paper mask, the haunted scrap and one of the nine class paper hats (the Heavy one). I found the relevant gift in the shack opposite the first point.

What are the other possible gift spawning locations?

There are quite a few possible locations. The ones I know of include:

As you might have guessed, there are a lot of different places it can spawn. Not only that, but unlike the Horsemann, it appears to have no bearing on which points are actively in play.

Being a Scout gives you an advantage to finding them, since you move faster.

Here's a map of the possible locations: 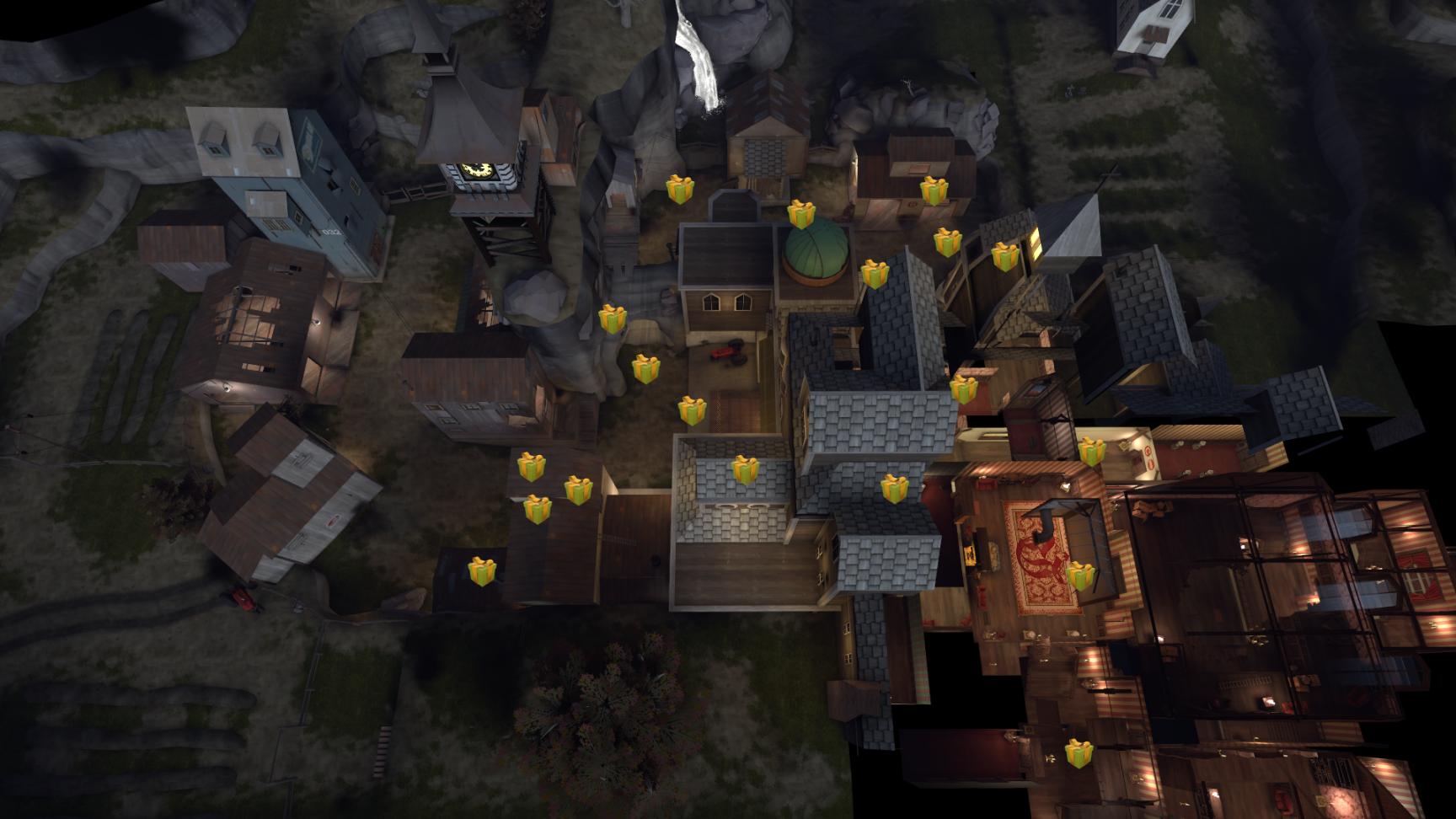 9
Where do gifts spawn in Eyeaduct?

9
Where do gifts spawn in Eyeaduct?
7
Is it possible to obtain a set of the Mann Co. Supply Crate Keys?
9
What does picking up Winter Gifts in TF2 do?
19
What is Mann-Up Mode?
5
What is the server command to change Mann Missions?
1
What is the command to call a vote to change Mann Missions?
21
What are effective roles for each class in Mann vs Machine?
1
What does the Mann Co. Painting Set do?
4
What map was used for the Mann vs. Machine trailer?
0
What are Mann Co. Stockpile crates?