Can two people play Sea of Thieves simultaneously on PC and Xbox with only one copy of the game?

I own a copy of Sea of Thieves on PC and I am thinking of buying a Xbox One S. I would like to know if its possible to play the game at the same time on both devices without buying another copy?

Sea of Thieves is a 'Xbox Play Anywhere' title so I will be able to download and install the game on the Xbox console without buying it again and it will transfer my character profile and faction progress.

What is not clear on the play anywhere FAQ page is whether the game can be played simultaneously on Xbox and PC so that the second player can log in with there own Xbox account (not the same account that owns the game) and be able to join my crew online for some casual swashbuckling.

Using a single copy of the game, you cannot log into Sea of Thieves simultaneously from the same account on both Xbox and PC. From the news post about Xbox Play Anywhere on xbox.com:

Can I be signed into the same game on Xbox One and my Windows 10 PC?

At any single point in time, you may only sign into the game on one Xbox One console or one Windows 10 PC. You cannot be signed into the same game on both platforms at the same time.

If you try, you'll receive a message asking if you want to sign out of the other location. On PC: 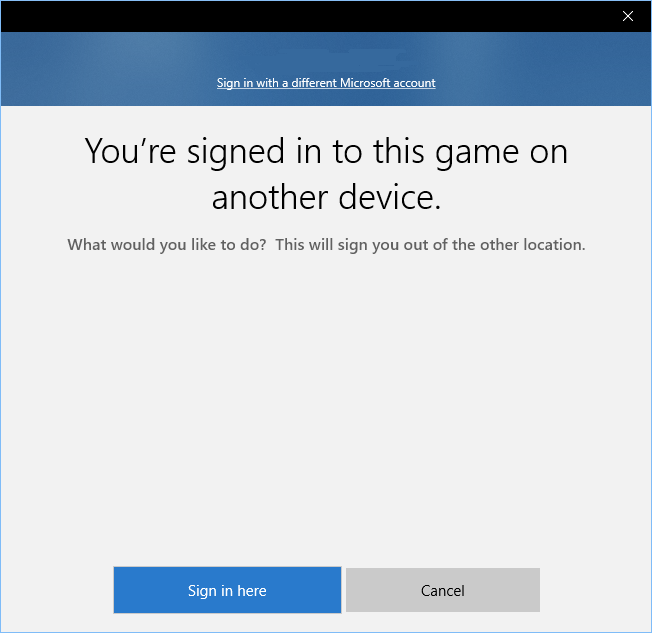 Using a single copy of the game, you can log into Sea of Thieves simultaneously on both Xbox and PC as long as you use different Xbox accounts.

I verified this with my Xbox Gold account and my spouse's Xbox Silver account. As long as I made sure that the account used on the PC copy was not signed in on the Xbox, we could log in at the same time.

I realize this is not verifiable proof, but both characters in the below screenshot are logged in using a single copy of the game: 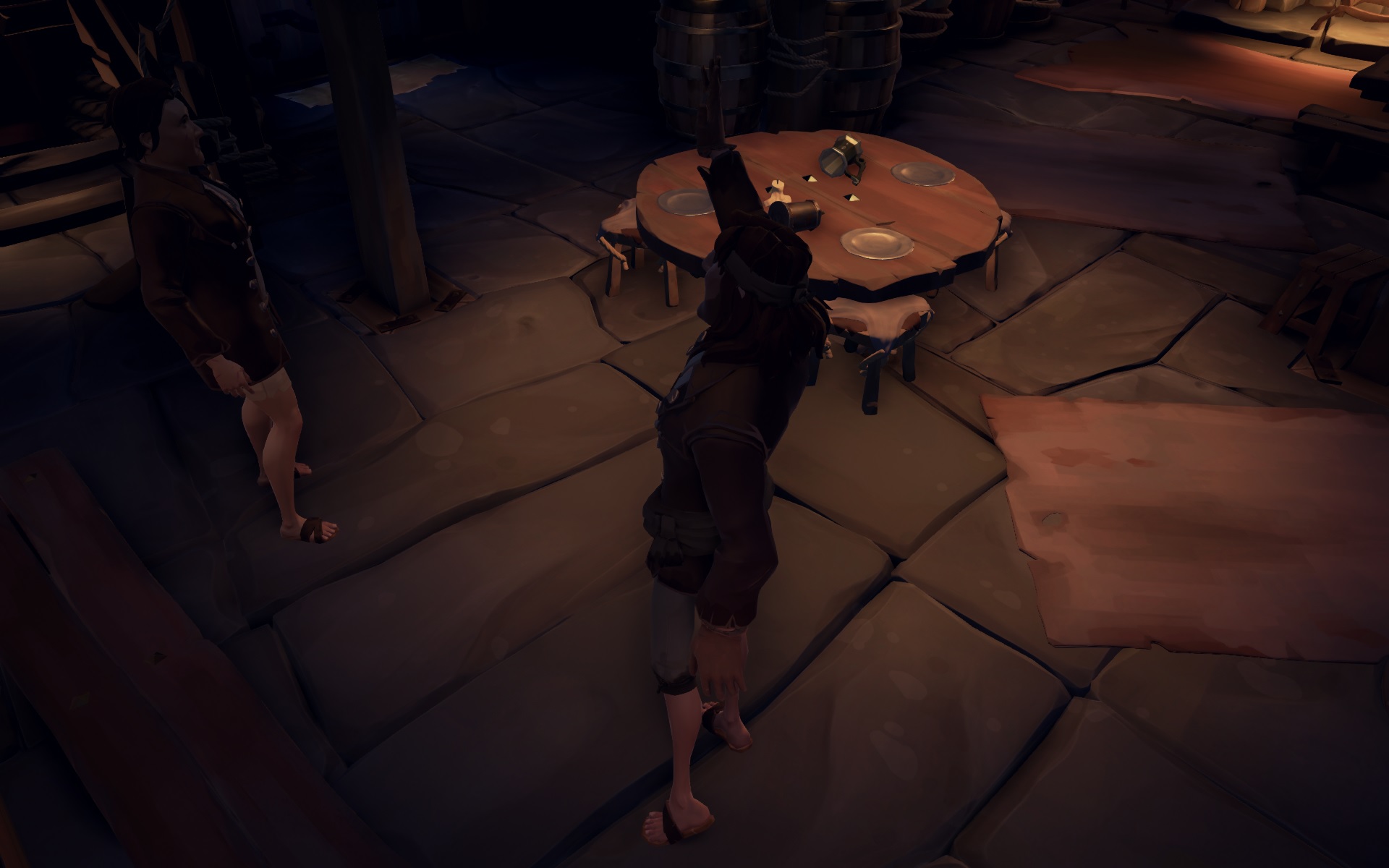 I have yet to find any official word on whether this behavior is intended.

Not the answer you're looking for? Browse other questions tagged pc xbox-one sea-of-thieves .

1
Can I still play BF3 after I sell the game?
5
Any downsides to switching "home xbox" setting with my brother?
2
Can you have two sets of headsets plugged into xbox one controllers and still hear/talk in game?
7
Is it possible to use an Xbox One and 360 controller at the same time in PC games?
3
Xbox One not working when Switching Accounts?
5
Can I play the same game on two different Xbox One consoles with only one Xbox Live Gold account?
4
XBOX One - Microsoft Family Accounts
4
Do I need an active gold subscription to play the 360 "games with gold" on Xbox One?