This is a coastal embark because the waves and mist are real nice but the weather ended up being worst than expected and the ocean froze. This provided an opportunity to dig a 2x3 shaft through the ice down to a cavern dozens of Z-levels below. Then we waited until May and suddenly it all thawed and behold this bounty from the sea: 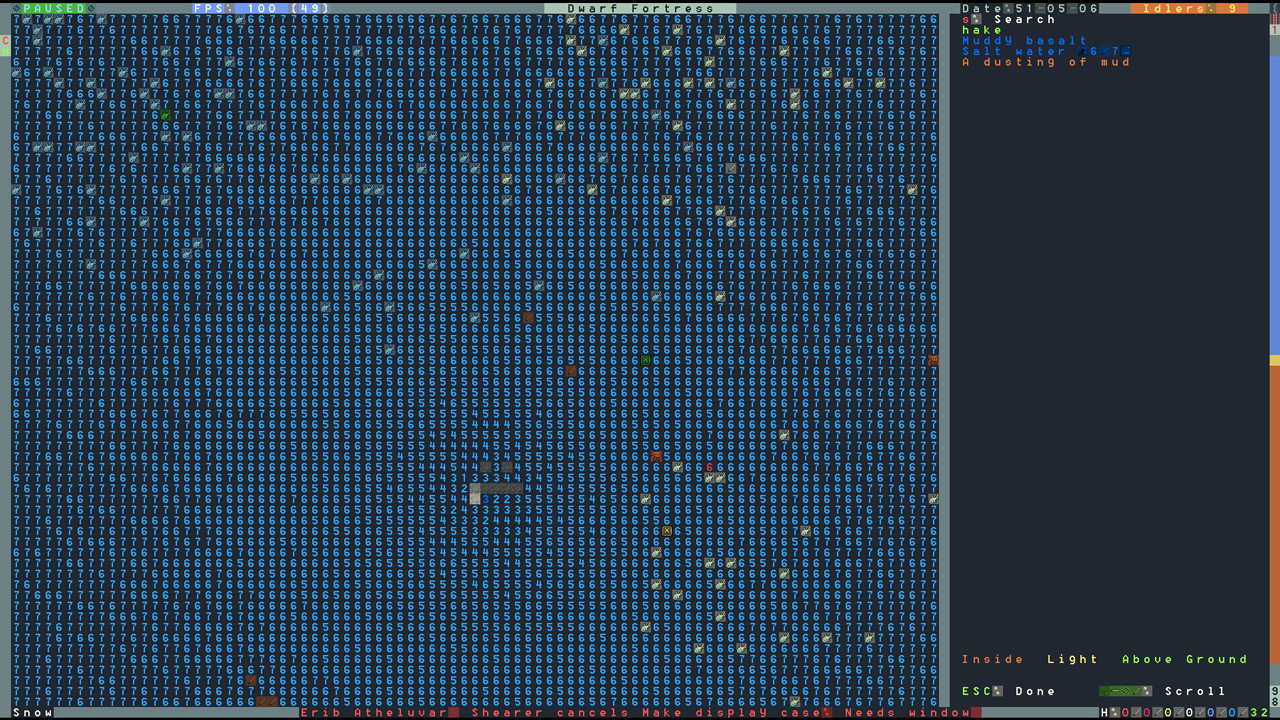 Schools of fish, including anchovy, herring, hake and one seahorse; now herring has the massive schools property but neither hake nor anchovy do. We thought the fish were pulled because of the draining effect but no, after a short time they escaped the map and can't be found in the cavern below... What was that?

Anchovies, herrings, hake, and seahorses are all vermin, which means that they don't really travel and just sort of spawn where the game thinks they ought to live. So they didn't escape the map agains the drain effect, they just vanished back into the ether that formed them. No amount of draining would trap these tiny vermin in place. True creatures like carp or zombie giant whales would be susceptible to being pushed around by water; however, they would also need to migrate in from the edges of the map after the ocean thawed, rather than simply being spawned into existence.

Why you suddenly saw a big school of each of these animals: probably because the ocean thawed all at once and the game said to itself "oh man, look at all this unpopulated water! I better get some vermin in there, quick!" I admit I'm guessing on this point.