Can I have multiple PSN accounts on PS4?

I have a PlayStation with my own account. My girlfriend wants to be able to play herself, and buy her own games without using my wallet or messing up my progress in my games, so we want to create a second account on my PlayStation, i.e. two accounts on one PS4.

Is this possible, if so how do I do it?

Disclaimer: It has been years since I have needed to do any of the bellow or need a second account, as such information may be outdated due to changes to the system software/PSN Policy

I would like to have two Playstation accounts on one [PS4] ... My girlfriend wants to play the same game as me along with other games I don't want to play. She wants to be able to buy her own games without using my wallet or messing up my progress in my games so we want our own Playstation accounts

This can be done 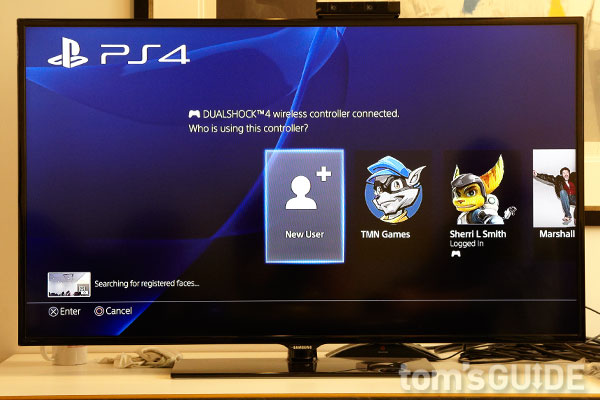 selecting "New User" and then "Create a User" you'll be asked to either sign into PSN or create a new account. if your girlfriend doesn't have an account she can make one here otherwise just have her log in.

For Digital Game Sharing, you'd want to make your account as the primary account for that console. I do believe you can do this by signing into your account and then going to your user profile settings and looking for something like "Activate this console"

with this, you're girlfriend can now play any digital game you have brought and downloaded while having her own save games and trophy progression/collection. however it will not work in reverse as explained here on IGN

Registering your PS4 as your primary system will allow other users who play on the same console with different accounts access to any games you've downloaded without you having to log in. Additionally, if you have PS Plus and register a PS4 as your primary console, then every account that plays on that system will be able to make use of certain benefits like online multiplayer even without their own PS Plus subscription.

If you want to play on another PS4 that isn't your primary console, you can download any game you've bought on the PS Store as long as you sign into PSN. Only you'll be able to start the games you've downloaded, and you can only be logged into two consoles at any one time: your primary PS4 and one other secondary one (like a friend's). The good news is there's no limit on the number of systems you can download your games to. You have to be logged in in order to play, but from the sounds of things this means you can share digital games with as many mates as you like, though only one of these secondary consoles will be able to play a title at any given time and you'll have to tell them your password so they can log in.

Since you're Girlfriend's account would be like if you was logging into a second console, she can log in and buy/download games with her own wallet but you will be unable to play them unless she is logged in.

Also remember that this does not affect physical games, ie. if she buys a physical copy of a game and plays it first, you can later play that game without her needing to be logged in. and obviously in reverse you don't need to set the PS4 as your primary console for her to play physical games you have brought and played first

Not the answer you're looking for? Browse other questions tagged ps4 psn .

3
How do PSN accounts and primary console work?

8
Is it possible to have two accounts from different regions on a PS4?
1
Can I have two PlayStation 4s, two accounts and still only use one PlayStation Plus subscription?
0
Making a second account in ps4 and playing games from other ps4 console
1
Can I buy, download and play a game from PSN Store without Activate my PS4 console?
3
Can I use multiple accounts on the Nintendo Switch and buy 1 download game per account (and use them all)?
1
Two different PSN accounts
3
Setting up second PS4
4
PS4 Confused about who needs a PSN account
1
If multiple accounts own different DLCs for a game, can every account in the console use them?