Why can't I make the HRE elective?

Some years ago, my liege (the King of Lombardy) managed to form the Holy Roman Empire as a Hereditary Aristocratic Empire. As an important vassal within the realm, I would like to see elective succession for the empire.

However, I cannot start a faction to change succession type! I can push a claimant, or reduce crown authority within a kingdom within the empire, but no succession changes. 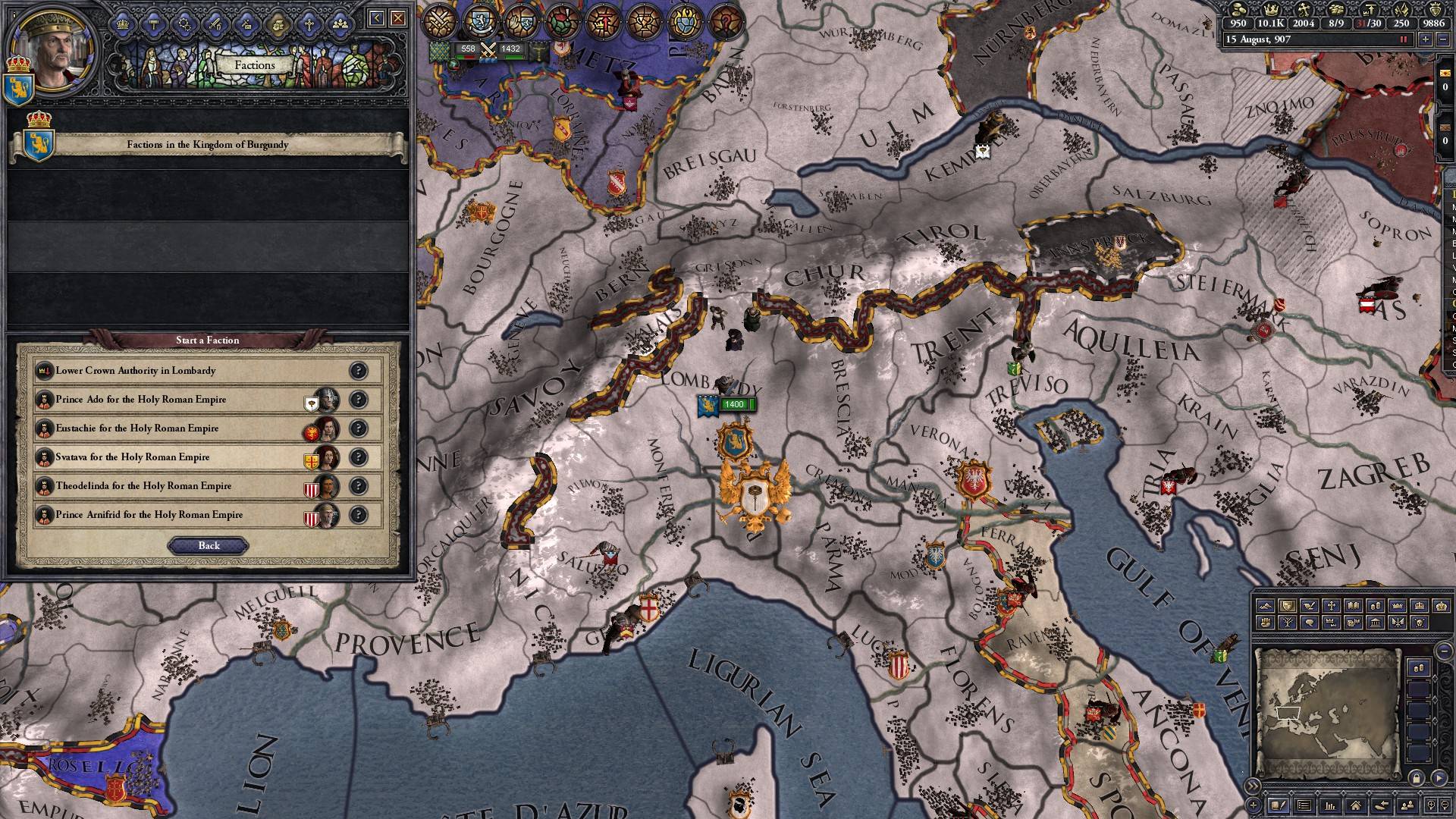 Empire crown authority is minimal ("autonomous vassals"), I have no truce with my liege, and there are no other obvious impediments. 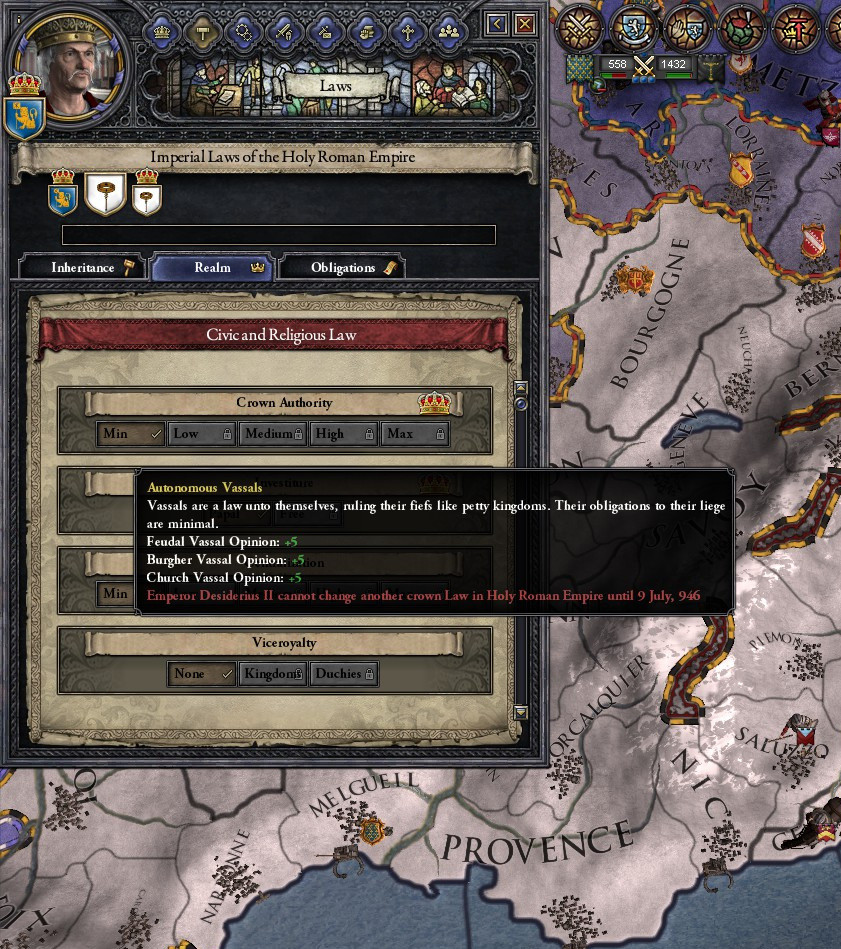 Which is in line with what the wiki has to say on forming an elective succession faction:

So it seems as though I should meet the requirements.

My liege could switch to elective succession

If I switch to my liege, Elective Monarchy is a valid succession law to switch to: 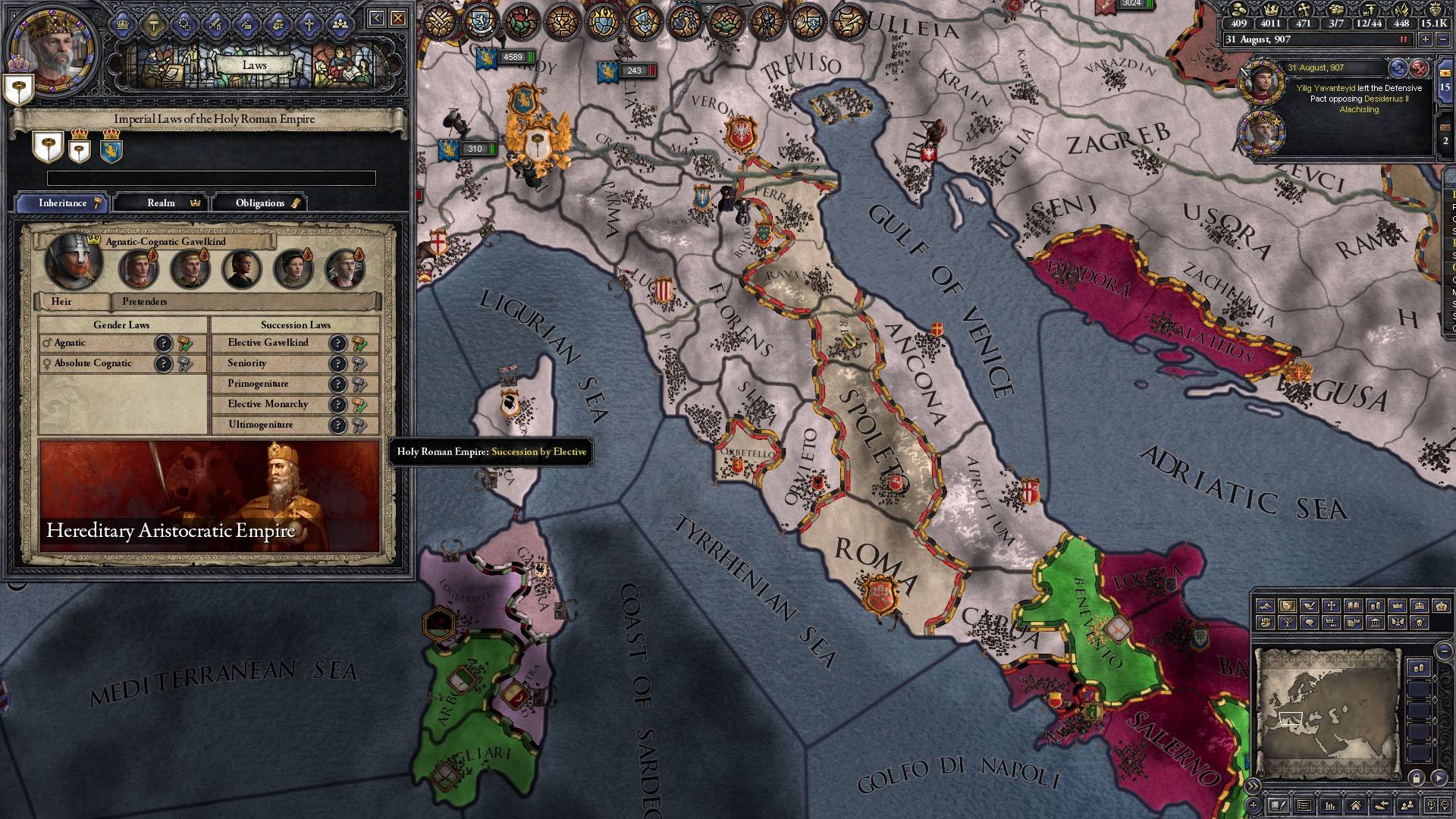 (above is HRE Emperor Inheritance view, not mine)

But it is still seemingly not a valid reason to start a faction.

Previous patches were noted for having "too much elective", and it seems as this was toned down. However, I should still meet the requirements. So why can't I as a vassal push for Elective Succession in HRE?

Relevant sections of 00_factions.txt; that is, the plotter scope and target. Wall of text ahead:

Omitted are the joining scopes and AI weighting.

Note: I don't have Conclave DLC, which changes how council/vassal demands are handled

It actually requires Conclave as the demands are like this in common\objectives\00_factions.txt:

This is bugged since 2.7.1. I'm not sure whether this has been fixed in yesterday's 2.8.2 patch, if you could post your 00_factions.txt I could probably help you further. If you're not playing Ironman, you could edit this file by creating a minimod fixing the issue.

6
Can I set the Crown Laws in other parts of my realm?
6
Expanding within HRE
2
How can I raise the Centralization level of my Petty Kingdom?
4
How would an empire be split into an empire, a kingdom and two duchies under Elective Gavelkind?
5
How can I keep my Kings from fighting each other?
2
Vassals inheriting titles below yours outside your realm
4
Will destroying a second empire title give independence to kingdoms?
3
Crusader Kings 2 From Count to a Duchy
5
Will I lose Elective Monarchy if I switch to Limited Council Authority as a Muslim?
6
I'm regent for my king, now what?