Where does this symbol come from? Or is it just a show? Or how is it related to the game? 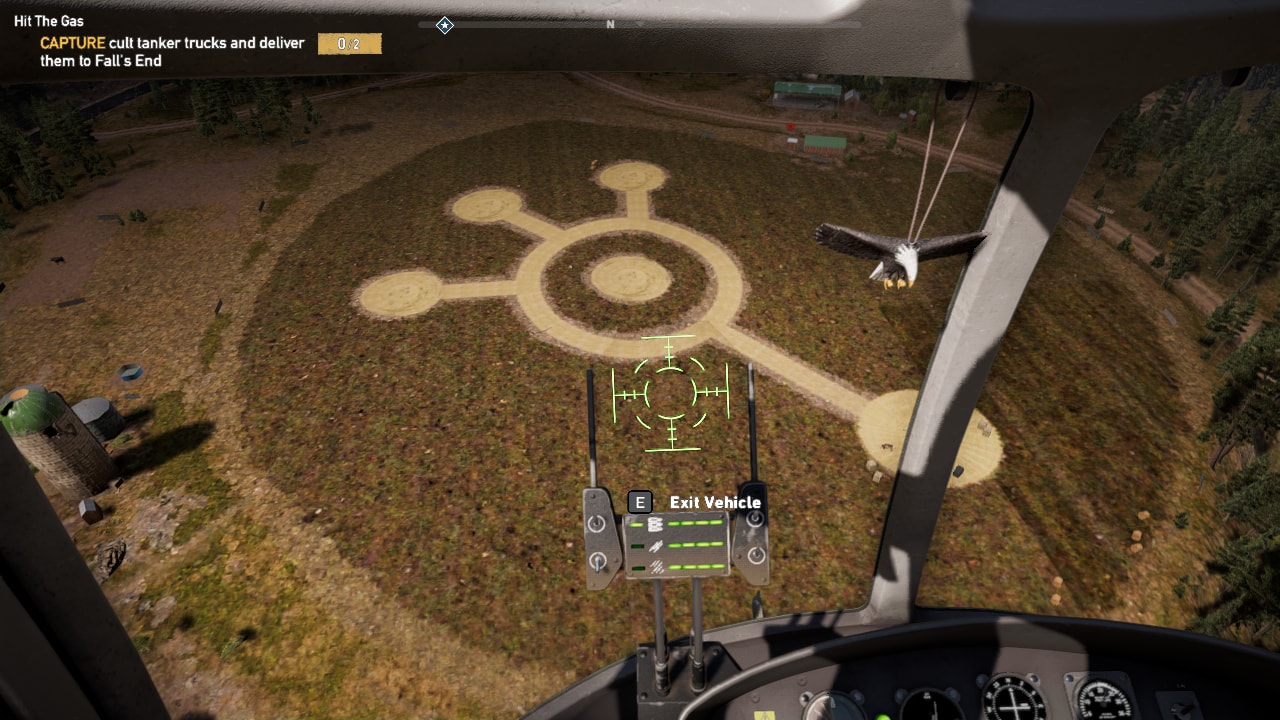 I noticed this pattern and couldn't make a meaning out of it?
As to why:

If anyone has found it and know anything about it please let me know!

Where does this symbol come from?

What you are seeing is known as a Crop Circle. A very brief explanation is that Crop Circles are commonly associated with the existence of aliens, and they have recently visited the area.

How is it related to the game?

According to this article, these crop circles belong to a series of side quests to obtain the alien weapon Magnopulser.

Not the answer you're looking for? Browse other questions tagged far-cry-5 or ask your own question.