Can a follower die?

I'm roaming around with a follower trying to get him killed for 30 minutes. It seems the lower his health, the better fighter he becomes. After getting his health into the low 40s, he is too strong to get killed even if I make him fight a horde by himself. He won't even get hit anymore.

Also, he became so strong, I can't even get myself killed while trying. He's too protective.

Yes, a follow can die as mine died while I was attacking a plague heart. A bloater exploded in the building we were in and it knocked him down 4-5 times - eventually killing him. I then received the achievement: Sayonara (5G) - One of your survivors met a tragic end.

My base / survivor morale was hit with a few debuffs: -25 grieving and -15 managing grief (as seen in the photo). 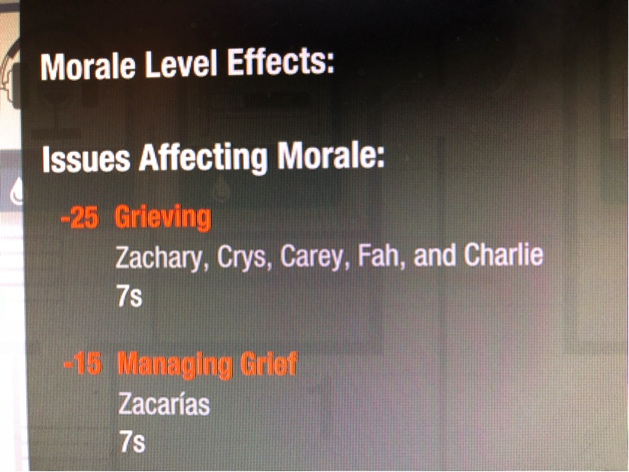 Not the answer you're looking for? Browse other questions tagged state-of-decay-2 .

4
Can I unlearn a skill to make room for a new skill in State of Decay 2?
1
Can a juggernaut be killed without the melee finishing move?